An insight into the work of the Greek Animal Neutering Programme 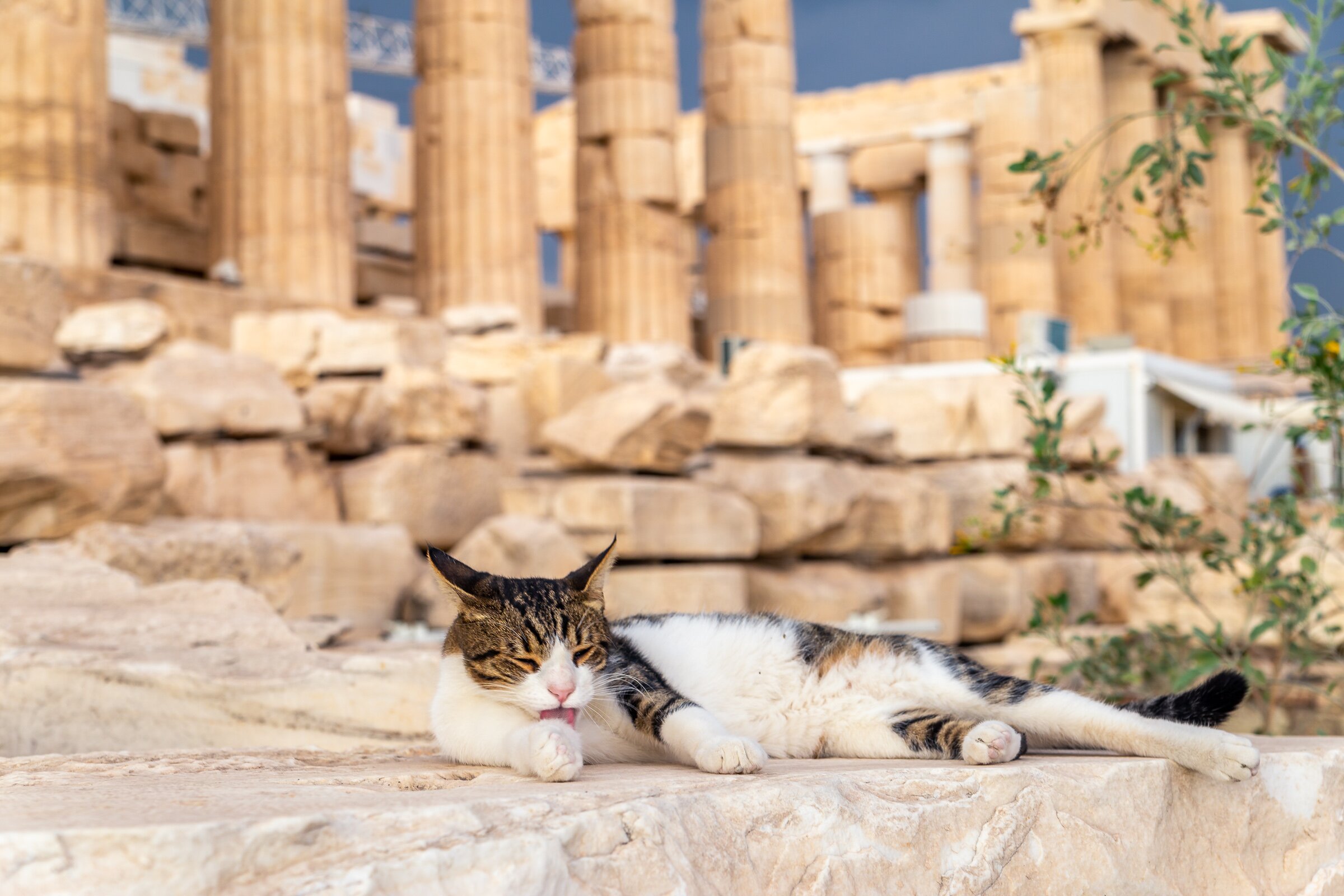 Alongside being famous for its turquoise waters, seaside tavernas and beautiful beaches, Greece is also renowned for its extensive stray animal population, particularly cats and dogs. Estimates of the number of strays living there differ, varying from one to four million, though research undertaken in 2021 suggests that there may be as many as two million living in Athens alone. The issue has become more acute in the last few years due to the country’s persistent debt crisis. That so many stray animals can be found in Greece compared with other countries is due to their mild winters, meaning it is easier to find food, water and shelter. Additionally, thanks to the country’s booming tourism, animals can easily find food waste from tavernas, hence the high concentrations of cats around food establishments. The kindness of tourists, and local Greeks, also mean that far more survive. It is important to differentiate the meaning of ‘stray’: it is neither domesticated nor feral. Instead, they are animals that were once domesticated that now roam freely and survive without human assistance. Cats, in particular, have been co-existing with humans for thousands of years, and research suggests that their domestication took about 12,000 years ago.

Unfortunately, the poisoning of stray, and sometimes owned, dogs and cats are widespread throughout Greece. Attitudes to animal welfare can be very different in Greece compared with elsewhere; cats are often viewed as a nuisance. The excuse is that this is a cheap, and necessary, method of reducing the large numbers of strays. For example, it is widely believed that ahead of the Olympic Games in 2004, there was an extensive clean-up operation in Athens which involved the poisoning of thousands of stray animals, but this was denied by authorities. It was said that in August 2003 alone over 3,000 stray dogs had been killed. While actions such as poisoning, drowning and mutilation of animals are criminal offences in Greece, with penalties of up to €50,000, prosecutions are rare, so it does little to discourage the act. The Greeks are proud of the fact that they do not practice euthanasia, yet ironically mass poisoning is their system of animal population control.

This has led to, over several decades, the establishment of many charities, often based in the UK, which focus on only humane and effective methods of reducing stray populations. The longest-serving animal charity operating in Greece at a national level is the Greek Animal Welfare Fund (GAWF), established in 1959. Their mission is to ‘use the way we care for animals to educate and inspire, encouraging changes in attitudes at every level of Greek society’. As part of this, they run a ‘Latest News’ section on their website, which provides constant updates on successful initiatives. For example, between 2019 and 2021 two thousand cats were neutered in Syros through the We Live Together clinic. They also run a ‘Friendship Scheme’ which allows individuals to have stray cats sterilised at very low costs, particularly important given the current debt crisis. GAWF continued throughout the pandemic to respond to animal welfare emergencies and lobbied successfully to ensure official permits (certificates were required for Greek people to leave their homes during lockdown) for volunteers to feed and care for stray animals. On their website, they wrote that ‘Many animals’ lives have been improved by our work. But there is still a lot for us to do before Greece becomes a country in which the quality of animals’ lives matter.’

Similarly, since 1992, The Greek Cat Welfare Society (GCWS) has been promoting the care and welfare of cats in Greece. Like GAWF, their main strategy is TNR, involving the trapping, neutering and returning of stray cats to reduce breeding. Over time, this greatly reduces the number of new litters, providing that it is continued every year. GCWS argues that maintaining these lower numbers means that those left are healthier, as there is more food available and less fighting due to reduced hormone levels. Neutering also makes cats more acceptable to humans as they are less aggressive and odorous. The charity support and are in contact with people who feed large numbers of cats, but only when a neutering programme is in place as otherwise this would increase the stray populations and works against the GCWS’s objectives. Charities like those aforementioned organise volunteer vets and nurses to carry out neutering and also give financial and material support to local volunteer groups who organise their own neutering programmes. One of the most simple and effective ways of monitoring the numbers of neutered cats is the snipping off the tip of the cat’s left ear, a lasting sign the cat is already neutered. They also treat other ailments such as eye injuries, broken bones and cat flu, to ensure that the cats are as healthy as possible. They also support local shelter initiatives and liaise with and lobby Greek local and national government agencies.

There has, however, been some opposition to these programmes. In 2021, legislation was proposed to introduce mandatory animal neutering in Greece, which also included compulsory micro-chipping and the formation of a national register to record animal ownership. It is hoped that this will convince the Greeks to also treat animals more humanely. Within weeks, many vets had coordinated a strike in resistance, which took place in May 2021. One of the main concerns surrounds the impact of reduced breeding of pure breeds and pedigrees living in Greece, which have existed since ancient times. Greece has its own breed of cat, the Aegean Cat, which, through evolution, has developed a leaner and more muscular body and is far more resilient than cats elsewhere, and also survives very well without human intervention. Similarly, Greece is home to Europe’s oldest dog, the Cretan hound, likely dating back to before 3200 BCE.

There are fears that by neutering all strays brought in, without thorough research, there runs the risk that breeds such as the Cretan hound will be lost. Interviewed in May 2021, Theodosis Papandreou, who heads the country’s only club representing amateur breeders, argued that the proposed legislation ‘cuts back on the ability of owners to have litters, which ultimately would mean the end of pedigrees that are unique here’. This is not the only issue. As explained by Efi Tsekmesoglou at the Chania branch of the Association of Animal Protection in Crete, Greek men appear to be particularly against sterilisation as they liken it to stripping animals of their manhood. He argued: ‘Every day we find boxes and bags of kittens and puppies in rubbish bins, with most dumped by hunters and shepherds. Of course there should be compulsory neutering’.

The GAWF, like many others, viewed this bill as long overdue. The charity’s director, Paul McGlone, said that they ‘welcome[d] the broad intention behind this new legislation’ but also admitted that it ‘will require a lot of change in attitudes and behaviour’. The Greek prime minister, Kyriakos Mitsotakis, who in 2021 adopted a rescue puppy, Peanut, on International Day of Stray Animals, tweeted ‘It is time for Greece to go forward with courageous steps for the protection of our little friends’. Noticeable progress has been made in the last decade, especially in the last five years, with cats, in particular, looking much healthier and fewer kittens and a big increase in the number of clipped ears. All being well, and with the continued support and work of charities such as the GAWF and the GCWS, soon all stray animals in Greece will be living much better lives than they have notoriously been living.

The Gas Interconnector Greece-Bulgaria to be Inaugurated on October 1