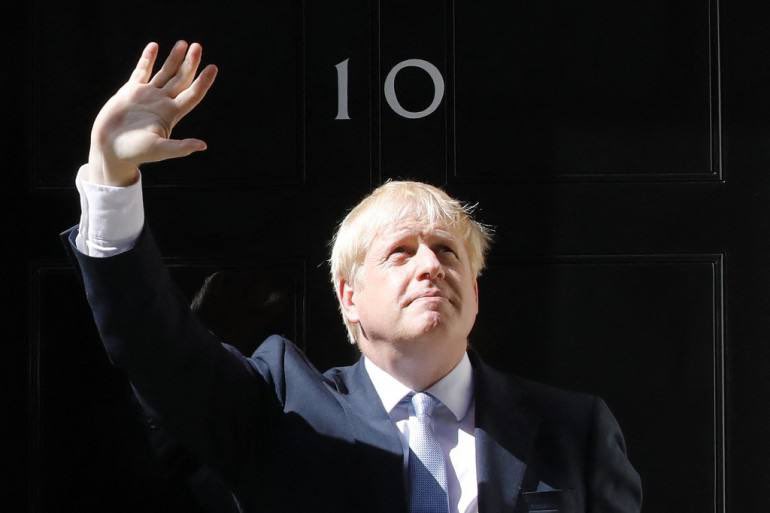 Boris Johnson's administration was at genuine risk of disintegrating for much of the day as his authority dwindled.

Boris Johnson is urgently clinging to power despite an unparalleled avalanche of resignations from his administration in modern British political history.

Senior figures including Transport Secretary Grant Shapps and Business Secretary Kwasi Kwarteng told Johnson on Wednesday that his time was up, as more than 40 ministers and aides followed the example set a day earlier by Chancellor of the Exchequer Rishi Sunak and Health Secretary Sajid Javid in resigning. The resignations of Northern Ireland Secretary Brandon Lewis and Treasury Minister Helen Whately resumed the exodus early Thursday.

For much of the day, Johnson's administration was on the verge of collapsing as his authority dwindled. Following a meeting of his inner circle, Britain's wounded prime leader went on the offensive, sacking Michael Gove, one of the Cabinet's surviving heavyweights, in what one official characterised as retaliation for his effort to depose the premier and a prior act of treachery.

The action sent shockwaves across Westminster on an already exceptional day. The two men have a history; Johnson's push for power following the 2016 Brexit referendum was disrupted at the last minute when his fellow Brexit campaigner withdrew his support.

Yet Gove was in charge of implementing one of Johnson's defining proposals, "levelling up" the UK's left-behind districts, many of which were former Labour "Red Wall" core strongholds that converted to Johnson's Tories in 2019.

Removing him appears to be a scorched earth policy, with his Tories openly revolting against him and more resignations on the way. After hearing of Johnson's decision to remain, Secretary of State for Wales Simon Hart and Health Minister Edward Argar resigned late Wednesday, with Hart claiming it's too late to "turn the ship around."

Boris Johnson is preparing to battle for his position as Prime Minister despite a cabinet mutiny.

Boris Johnson is in a "buoyant mood" and "will fight on" to remain Prime Minister of the United Kingdom, according to one of his top aides, even though some of the embattled premier's most loyal cabinet ministers, including Home Secretary Priti Patel, have joined the mutiny and demanded his resignation. Johnson's parliamentary private secretary, James Duddridge, said on Wednesday that he expects the prime minister to announce top cabinet appointments shortly, despite continued doubts over his leadership. He stated Johnson was in a "buoyant mood" and "would fight on," only seconds before it was revealed that he had fired a senior Cabinet minister known to be sceptical of his continued tenure in Downing Street.

Other media sources have indicated that Johnson, 58, has no intention of retiring, with a No. 10 Downing Street source claiming the UK prime minister is "very stubborn." Graham Brady, the head of the key 1922 Committee of backbench Conservative MPs, is said to have informed the committee's leader that the executive election on Monday "may end in another confidence vote," which Johnson is certain to lose.