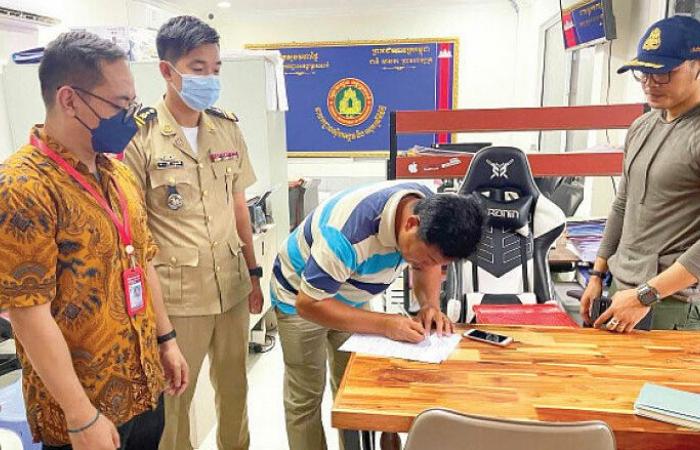 Authorities in Cambodia, in an effort to crack down on human trafficking, have begun to check on foreigners throughout the country. One of the top priorities is the rescue of victims of human trafficking, following the issue of more than 300 Taiwanese citizens being trapped in Cambodia after being lured by crime groups promising high wages for tech jobs before being forced to work in call centers scamming mainland Chinese for money for their captors.

According to the Washington Post, the Interior Minister, Sar Kheng, stated on August 19 that authorities were checking all foreigners living in Cambodia. He claimed that Cambodian authorities pay special attention to foreigners who are victims of human trafficking.

In Kandal and Preah Sihanoukville, they are checking foreigners living and working in a variety of hotels, casinos, and rental housing. Many people have been arrested on suspicion of being involved in human trafficking, and some victims have been rescued. Sar Kheng, on the other hand, stated that it is currently impossible to determine whether or not the people who claim to be victims are telling the truth.

The testimonies of those who were fortunate enough to be rescued are similar. They said they were tricked into going to Cambodia to work legitimate, high-paying jobs. When they arrived in Cambodia, however, they were forced to work illegally. Victims who attempted to flee were frequently captured, imprisoned, and even beaten to death. If the victims wish to return home, their families must pay a huge ransom to the traffickers.

Also reported by the Washington Post, Cambodian National Police Deputy Director Chhay Sinarith said that in recent years, authorities have discovered many fraudulent lines that bring people to Cambodia to work illegally. Hundreds of people, mostly from China, have been arrested in connection to this. These people use Cambodia to extort money from victims who have been fooled.

Meanwhile, in Vietnam, the case of 42 Vietnamese citizens swimming across the river to escape the casino in Kandal, Cambodia has sparked public outrage.

On August 18, 42 Vietnamese from the Rich World casino in Kandal province, Cambodia, swam across the Binh Di River into Vietnam. One of the 42 people mentioned above was caught by the Cambodian casino, and another drowned while swimming in an attempt to escape.

They declared an illegal exit in the southern provinces after traveling to Cambodia to work at the Rich World casino. Furthermore, some have previously worked at Chinese-run casinos in southern Cambodia. They were then transferred to Rich World casino to work.

Due to overwork, insufficient rest, and a lack of pay, this group of people agreed and discussed with each other to find a way to cross the border to Vietnam.

The Ministry of Foreign Affairs of Vietnam has requested Cambodia to assist in finding the missing citizens as well as investigating the cause of the incident.

Why are Human Trafficking Cases Soaring in Southeast Asia?