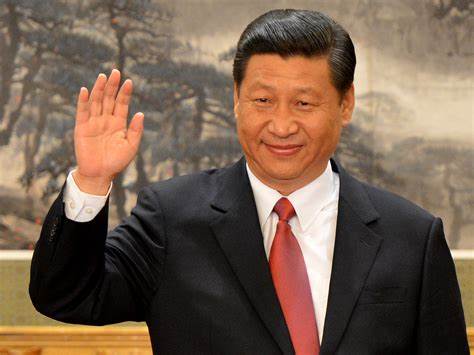 Before the national assembly scheduled for this coming fall, the Chinese Communist Party finalized regional party meetings. The key national congress has no formal start date, forcing observers and investors in China to make assumptions.

The only information the typically opaque CCP has provided is that the congress will be in the "second half" of the year. As a point of reference, the regional congress for 2017 wrapped on June 29 and the national congress started on October 18. On June 30th, the current provincial congress comes to an end. A record-breaking third presidential term for Xi Jinping is anticipated from the national assembly in 2022.

High-ranking provincial party officials have started to discreetly navigate their way up the 25-member national Politburo. The Politburo and the even more restricted 7-member Politburo Standing Committee are rearranged by the CCP during the national party congress.

One name to keep an eye out for is Shanghai's party leader Li Qiang. Qiang may advance from Politburo member to Standing Committee member. If Qiang is not given a promotion, it might be a sign that the party's senior leadership is unhappy with the way the Covid-19 epidemic was handled in Shanghai. The promotion of Shanghai party chiefs to the Politburo Standing Committee has a long historical precedent. Xi was formerly Shanghai's party boss.

Another crucial topic at the national party congress will be gender equity. Sun Chunlan, the lone female member of the Politburo, is 72 years old, which raises the possibility of whether Sun was to be removed from the position of party leader. The regional committees that oversee China's 31 provinces have only 37 women on them. This amounts to only 9.4% of women holding party leadership positions.

After Xi announced attempts to reestablish traditional gender roles in Chinese culture, the issue of gender in politics has gained attention. Broadcasters are required to abide by the National Radio and TV Administration's directive to "resolutely put to an end sissy men and other deviant aesthetics."

In a quest to develop within the party at the National Congress, regional party leaders have been praising Xi's leadership. The Henan province's party president, Lou Yangsheng, used the word "lingxiu" to describe Xi. A revered term for a leader, lingxiu is only really associated with Mao Zedong, which is interesting. Using this phrase highlights how Xi has come to be seen as one of the most important leaders in modern Chinese history, alongside Mao and Deng.

A third term for Xi will have massive domestic and international implications, and China-watchers will eagerly await news from the National Party Conference.

Former Chinese President Jiang Zemin died at the age of 96