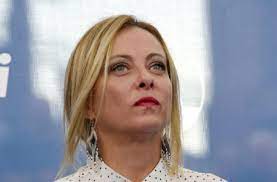 After Italy’s historic far-right leader Georgia Meloni won on 25 September 2022, she has proposed new measures to raise the cash payments cap, allowing merchants to refuse the increase to sixty euros on electronic payments. It has been 30 euros thus far, so the change to 60 obviously affects buyers.

The country's government's decision to widen the digital economy has been linked with tax evasion and undeclared economic activity. This is an unpopular decision amongst the Italian public. Even if the coronavirus pandemic has recently created an increased preference for contactless payments, Italians prefer using cash.

During the pandemic in Italy, “the drop in transaction value can be linked to the drop in consumption and GDP during the pandemic, the same situation did not occur in all other EU countries. In fact, in 2020, cashless transaction value in European countries increased, on average, by +2.0%”, as was reported by Cashless Society Community. It has been noted that Italy remains a highl cash-dependent country within Europe and is among the thirty worst economies in the world in terms of cash intensity,  as 2022 Cash Intensity Index states.

Digital currencies do offer a lot of benefits in society, such as:

·        dialog between the payments industry and the community

·        international networks in terms of financial inclusion and global competition

But the issue is complex and leads to longer discussions and debates, rooted in Italian economic to social themes. Italy clearly presents difficulty in regard to the innovative trend of payment widespread in Europe: digital payments forward risks such as the disintermediation of commercial banks among a reputation, and financial instability.

“This year, Italy is confirmed as a highly cash-based country and we are among the 30 worst economies in the world for cash intensity, with a value of cash on GDP of 15.4 percent”, stated Valerio De Molli, Managing Partner and CEO of The European House Ambrosetti. “Although we are still far from achieving a full and widespread cashless society, there is also some good news: for example, from the survey conducted by the community to citizens, it emerges that over 7 Italians out of 10 would like to turn cashless”, states the The European House Ambrosetti in the 7th Report of the Cashless Society Community.

Another important issue is to increase and develop digital security which could be the best strategy in implementing current electronic payments. Examples of modern countries who have adopted this strategy are Scandinavian and Northern European countries.

For now, it remains unclear if Italians will continue to choose cash as a principal system to shop and pay.