Daniel Radcliffe Opens Up About Why It Was “Important” To Denounce J.K. Rowling’s Anti-Trans Comments: ‘Not Everybody in the Franchise’ Shares Her Beliefs 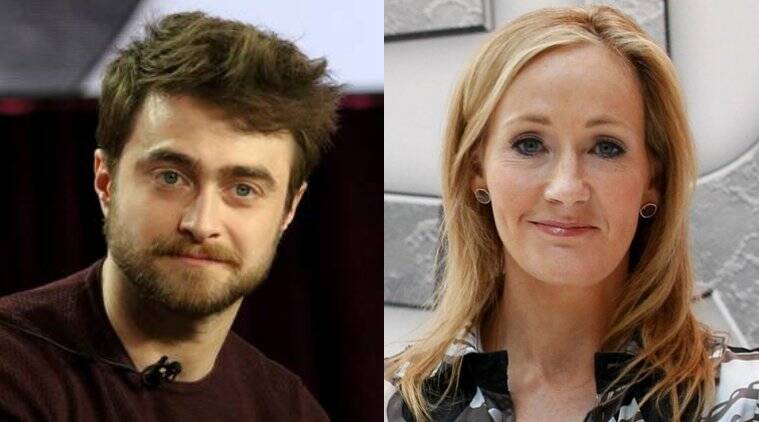 In the last few years, British author JK Rowling has courted controversy because of her remarks that have been deemed trans-phobic by community members, activists, and their allies. This article intends to clarify Daniel's thoughts about the whole controversy.

He said it was essential to ensure fans knew that while Rowling's views dominated the headlines, not everyone involved with the Wizarding World cinematic franchise shared her opinions. He felt sorry for the pain the comments must have caused and hoped that the fans do not lose what was valuable in these stories. In 2020, Rowling increasingly began to unite controversial viewpoints about the transgender community on Twitter. For example, some labeled her as a "trans-exclusionary radical feminist" ("TERF").

She published a statement in June 2020 on her website and the caption "TERF wars" on Twitter. Moreover, she tried to explain her earlier statements. However, as Insider previously reported, she claimed that trans people elevated potentially harmful myths that were not backed by data.

In her tweets, Rowling said that if sex is inaccurate, there is no same-sex attraction. "If sex isn't real, the lived reality of women globally is erased. I know and love trans people, but erasing the concept of sex removes the ability of many to discuss their lives meaningfully. It isn't hate to speak the truth," she wrote.

At the height of the controversy, 'Harry potter' lead actor Daniel Radcliffe had written a letter supporting the transgender community. The piece was published on the website of the Trevor Project. It is an organization that runs the largest suicide prevention hotline for LGBTQ+ youth in the world.

In a recent interview with IndieWire, Daniel discussed why he needed to write the letter. However, first, he opened up about why he decided to speak publicly against the author who gave him his acting career. He has been supporting the Trevor Project for over a decade. The reason why he wrote the touching letter for the charity.

"The reason I felt very, very much as though I needed to say something when I did was that, particularly since finishing 'Potter,' I've met so many queer and trans kids and young people who had a huge amount of identification with Potter on that," said Radcliffe.

Radcliffe wanted everybody to understand that not everybody in the franchise felt the same way.

In the letter published, Radcliffe replied, "Transgender women are women. Any statement to the contrary erases the identity and dignity of transgender people and goes against all advice given by professional health care associations who have far more expertise on this subject matter than either Jo or I."

Radcliffe is not solely a "Harry Potter" star to discuss the events. The big trio of the "Harry Potter Film series" (Emma Watson, Daniel Radcliffe, and Rupert Grint) have spoken against her views. In addition, Ralph Fiennes(Lord Voldemort) recently spoke out against the backlash. He informed The New York Times that he could not comprehend the "disgusting" verbal abuse leveled against her.

The film co-stars have formerly expressed their support for the trans community, along with Rupert Grint explaining how he respects Rowling's work but disagrees with her opinions. In addition, Emma Watson took to Twitter to say that trans people should not be questioned simply for being who they are.

Rowling has refused the anti-trans accusations and expressed that a few places in the trans community infringe upon biological women's rights.

After Radcliffe's letter, several other "Harry Potter" actors spoke against Rowling's beliefs. Tom Felton (Draco Malfoy) alienated the franchise from Rowling and said he did not see much of her on the film sets either.

In conclusion, it is clear that Rowling has not backed down just yet, and Daniel wanted fans to be clear-headed about the whole situation. As he mentioned above, knowing how many of his friends and young people had a massive identification with Potter and how important it was to open up and not demolish their favorite stories.

The heart of Hogwarts, Robbie Coltrane, has died at 72 years old