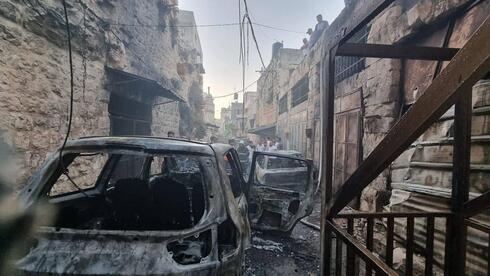 Six Palestinians, including three shooters, were shot dead during an Israeli militant raid on Tuesday. According to CNN analysis, today marks the deadliest day for the nation. Whereas 2022 is the deadliest year for Palestinians since 2015, with over 100 people killed.

For two weeks, the Israel Defense Forces (IDF) had secured Nablus, a Palestinian city in the West Bank, in an intensive search for the killer of at least two Israeli soldiers. In addition, the military was targeting Lion’s Den, a new militant group in Nablus that emerged this year and has been targeting Israeli soldiers.

Today, the operation was held in the northern city of Nablus. The Palestinian Ministry of Health announced that the raid in Nablus killed six while injuring 20 people. According to the ministry, five were shot in the old city of Nablus, while the sixth person, Nabi Saleh, died in the north of Ramallah by live Israeli fire.

Speaking about the Nablus raid, Israel’s Prime Minister, Yair Lapid, mentioned that the military’s goal remains to ‘inflict severe and lasting damage on terrorism and wherever its nests grow.’ A joint statement released by the Israel Defense Forces, the Israel Security Agency, and the Israeli Police mentioned that the security forces denoted explosives at the terrorist base.

The Prime Minister also announced that the head of the Lion’s Den and other members were assassinated during the raid. Mahmoud Abbas, Palestinian Authority President, condemned today’s raid and referred to it as a “war crime.” His spokesman Nabil Abu Rudeineh called on the United States to stop Israel’s war in the West Bank before it reaches “a very critical point.”

The Palestinian National Forces, a coalition of political and popular groups, also announced a general strike throughout the cities and villages of the West Bank on Tuesday. The strike will impact essential sectors like schools, colleges, and courts.

According to BBC reports, at least 100 Palestinians were killed by October 1st. The youngest victim in the West Bank was Mohammad Salah, 14, whom the Israeli soldiers shot in February. On the other end, the oldest were two 80-year-old men. One of them suffered a heart attack after being bounced and choked by troops during a village search at the beginning of 2022.

In August, Michelle Bachelet, then-UN Human Rights Chief, said most of the killings in the West Bank broke international laws and showed a complete lack of accountability from the Israeli forces.