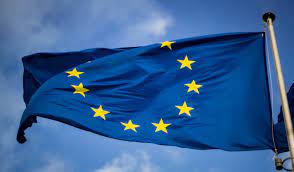 The advancement of networked technologies throughout history has inevitably brought about a new wave of freedom for people today.

The internet has enabled freedom by allowing people to freely communicate and interact through digital devices, publicly share personal photos and opinions on social media, and create platforms that are dedicated to being a space for knowledge and discussions. Due to the independence, one has from the internet, there may arise many issues and danger. Danger relating to illegal activities and crime over the dark web, engaging with harmful content, and more.

These concerns have been surfacing throughout the past few years, especially with the rise in reliance on technology and the internet. As a result, there have been many discussions over the years surrounding the enforcement of laws.

It has recently been announced that the European Parliament has recently collectively decided to implement regulations for online platforms and technology.

The European Parliament, based on votes, has agreed to approve the Digital Services Act and Digital Markets Act. In terms of the votes, the DSA passed with 539 votes in approval and the DMA passed with 589 votes in favor during the meeting in France. It is anticipated for those regulations to start taking place during autumn.

The Digital Services Act is aimed to defend the rights of users on the internet. On the other hand, the Digital Markets Act aims for equality by preventing large companies from exploiting their power and giving opportunities to newer players to enter the market. If there happens to be a breach of any of the laws placed by any company, the company may face difficult consequences and fines. These regulations are definitely a step forward when it comes to controlling and overseeing technology and the online world.

As said by Christel Schaldemose, member of the European Parliament, “For too long tech giants have benefited from an absence of rules”. Due to the continuous abuse and exploitation from large monopoly companies on the internet, the new laws provide hope for a fairer and equal usage of the internet.

The Seven Cosmic Laws ‘’ The Principles That Govern Everyone & Everything’’