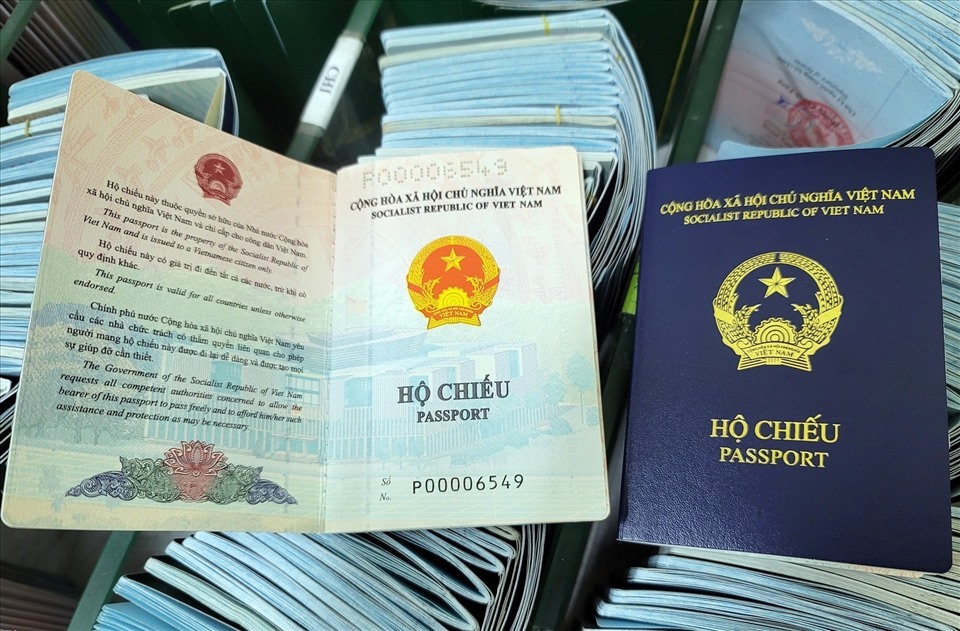 On July 1, 2022, the Ministry of Public Security officially released a new Vietnamese passport, with some outstanding changes compared to the old version. However, on July 27, 2022, the German Embassy in Vietnam surprisingly announced that no visas would be issued and that Vietnamese citizens would not be permitted to enter Germany with a new passport.

Vietnamese nationals holding a new passport, which is covered by a navy-blue cover instead of green as before, will not be eligible for a type C and Type D visa application. Even individuals who have been issued a new Vietnamese passport and have been granted a visa, are also advised not to enter Germany during this period, since it is most likely that they will not be allowed to enter the country's territory. That is according to the German embassy in Vietnam announced on their website.

The German embassy emphasized that using a new Vietnamese passport to apply for a short-term stay in Germany is impossible at this time for any reason.

The Immigration Department of the Ministry of Public Security in Vietnam stated that they had received information that the German Embassy had stopped issuing visas for the new Vietnamese passport model. Initially, the Immigration Department requested units of the Ministry of Foreign Affairs collaborate with the German Embassy to resolve this issue.

Concerning Germany's refusal to grant a visa to Vietnam's new passport form, the Vietnamese Ministry of Foreign Affairs currently has no further information as well as any official statement.

Intermediately, the decision given by Germany has caused negative effects on tourism companies that specialize in organizing outbound tours, as Germany, along with France and Italy, are Europe’s main gateways and tourist destinations. Following the announcement by the German Embassy in Vietnam on Wednesday afternoon, travel agencies now will have to reschedule everything, such as cancel all destinations in Germany on the tour, change the air tickets, and rearrange accommodations for passport holders that are affected. This process will surely be costly and time-consuming.

Aside from the immediate impact, outbound businesses are concerned that denying visas to new Vietnamese holders will harm Vietnam’s tourism industry in the coming months, because current tour plans and air tickets to Germany and Europe are arranged and booked through February 2023. Furthermore, Germany's new policy could have a “domino effect”, with other European countries imposing similar restrictions on Vietnam.