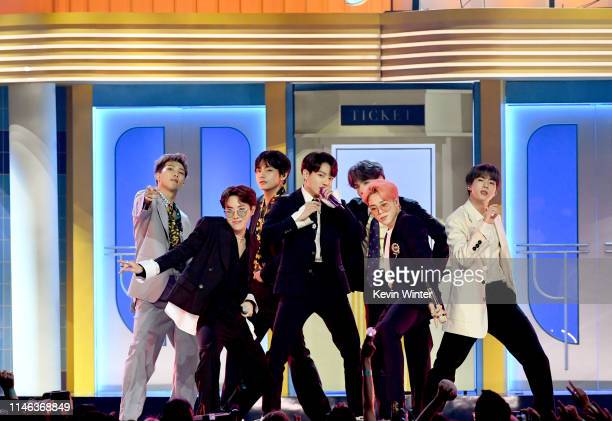 In South Korea, the Military Manpower Administration requires that all able-bodied men from ages 18-28 must serve in the country’s military service for 2 years. BTS band members have been allowed, due to their worldwide success, to put off enlistment until they turned 30 years old. In fact, back in 2020, South Korea’s parliament approved a bill that allows excelling K-pop stars to postpone their service until the age of 30.

Big Hit, part of the band’s HYBE agency, announced on Monday that Jin - the band’s oldest member - who’s currently 29 years old, would cancel his request to delay enlistment and instead start serving as soon as he turns 30 in December. The remaining six members of the band will serve their military duty according to their respective plans, the agency stated.

This announcement came after a long-time debate among fans over whether the band should be completely exempted from their military duties. In South Korea, refusing to complete military service is considered a crime, which can lead to imprisonment and social stigma.  The country retains mandatory military service because it technically continues to be at war with neighboring country North Korea.

Nonetheless, some exceptional Koreans have been given exemptions from fulfilling military services, such as Olympic medallists and excelling sports and music stars. Therefore, some lawmakers and fans suggested granting BTS the same privileges, so that they could continue to perform. However, the band’s agency stated that the members were willing and excited to fulfill their mandate.

This decision comes after the band's announcement in June where they informed their fans of their resolution to separate temporarily and stop performing as a group in order to concentrate on the members' solo careers. This announcement raised some suspicions regarding the military service members were due to follow. Such suspicions seem to have been confirmed after Big Hit’s statement on Monday.

To fans' relief, HYBE announced that the members of BTS will reunite again as a group around 2025 after all members have finished their service.  Indeed, the agency stated that: “Both the company and the members of BTS are looking forward to reconvening as a group again around 2025 following their service commitment”, thus their separation does not appear to be definite. Moreover, South Korea’s defense minister Lee Jong-sup suggested that there would be a way to allow the band the chance to still practice and perform together.

1 month, 2 weeks ago by Sebastian

Would love to see BTS performing dressed as soldiers!