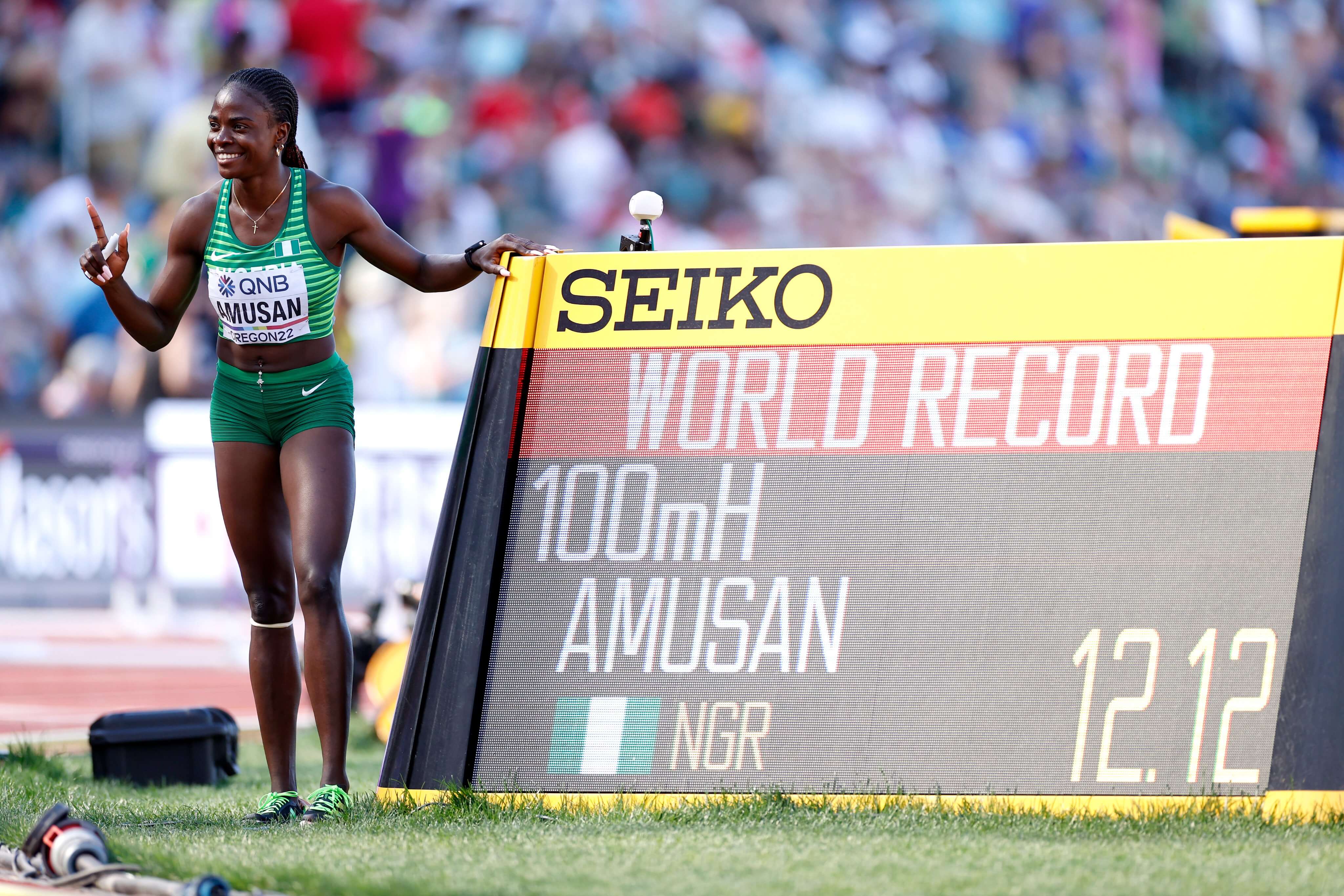 "Unknown now, but I will be unforgettable. I will persist until I succeed." These were the words of Oluwatobilola Ayomide "Tobi" Amusan in November of 2016 after reaching the semifinals of the Women's 100m Hurdles at the Rio Olympic games.

Today, Amusan's name is chanted globally as she emerges the gold medalist and new world record holder in the Women's 100m Hurdles at the World Athletics Championship in Oregon. Her record time of 12.12 seconds in the semifinals saw her beat formidable rival Kendra Harrison's best by 0.08 seconds. This earned her $100,000 (65 million Naira) prize money from We Grow Athletics - A campaign launched by the World Athletics on Women's Day in March 2021 to support gender equality in sports and empower girls and women in athletics.

Amusan closed the tournament in record time with an impressive 12.06 seconds in the finals taking home the gold medal in the Women's 100m Hurdles. This didn't count as a world record, however, as officials ruled the final race as wind-assisted.

Everything seemed to work in favour of Amusan, and in what she describes as "amazing" and "crazy" in an interview after the race in which she represented her home country Nigeria, Amusan said she was "elated" after seeing the record-time she set, but had to keep her composure for the finals. "Seeing the world record I was like yes yes… but kept telling myself to breathe." She said, also expressing gratitude to God for "taking control."

However, this is not Amusan's first time breaking records, nor her only gold medal. The 25-year-old Nigerian has 7 international gold medals to her name among other local championship victories where she continues to beat her personal best.

Earlier this year, at the diamond league event in Paris, she set an African record of 12.41 seconds beating the previous best of 12.40 to win the competition.

Representing Nigeria in the Olympics without medals and back-to-back 4th place finishes, Amusan revealed that she wasn't giving in because she had goals to actualize which made up her driving force. "I woke up every morning and I have my goals. Those are the driving force that keeps me going…I have a great support system." She said.

Earlier this year, Amusan launched an initiative in Ijebu-Ode to help young athletes in an effort to "give back" to her roots. Amusan lived her early years in the town of Ijebu-Ode in Ogun state Nigeria before she began her running career at the age of 15.

In February, Amusan launched the Tobi Abiola Ijebu Sprint and Relay Clinic which hosted young aspiring athletes from different schools in a local competition to provide them with opportunities for exposure and practice. In her words "I know athletes don't get as many competitions to get ready for championships, this was a great one to help them get into shape."