Farewell to the Italian Journalist and Politician Eugenio Scalfari 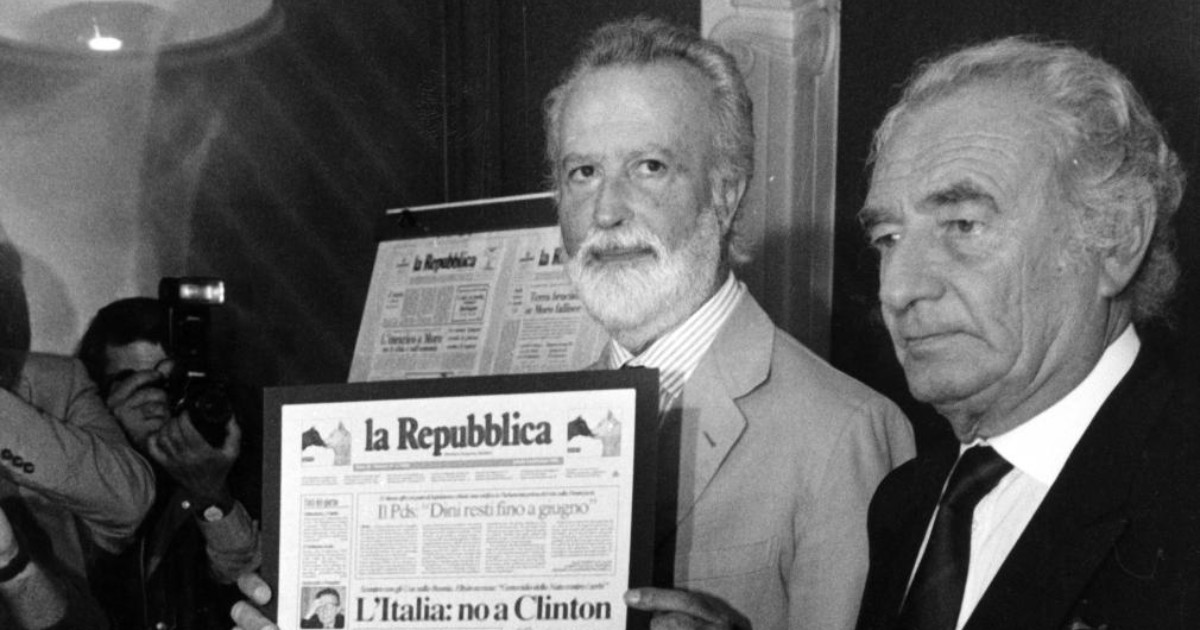 Italy mourns the death of one of its greatest intellectuals, Eugenio Scalfari. Aged 98 years old, he is one of the protagonists of seventy years of Italian history and politics.

He died on Thursday 14 July 2022. His non-religious funeral was celebrated at the Campidoglio on 16 July. The Italian Republic President Sergio Mattarella recapped his noteworthy career, referring to Scalfari as a “lucid and passionate witness of our republican history… example for generations of journalists, intellectuals, the political class and a very large number of readers”.

Mainly known as the founder of the influential news magazine L’espresso in 1955 and of the newspaper la Repubblica in 1976, he played a fundamental role in the renewal of Italian journalism. As a journalist, a writer and a politician, he was a thoughtful observer of the outside world. Indeed, he defined himself as a “traveller inside and outside himself”.

He was born in Civitavecchia (Rome) in 1924. Later he moved to Sanremo, where he completed his high school studies. Interestingly, at the time he was a classmate of the Italian writer Italo Calvino. Furthermore, he was a committed Italian Fascist, describing himself as “young, happy and fascist”.

After his Law degree, he worked for the prominent magazines: Il Mondo and L’Europeo. In the same years, he was among the founders of the Radical Party. The values inspiring the party were anti-clericalism, civil libertarianism, liberalism and environmentalism. In 1963, he became the director of Il Mondo. In the meantime, he was active with L’espresso. He remained editor-in-chief of la Repubblica until 1996. With his involvement, the two newspapers managed to gather many readers as well as national prestige. As the Italian politician Romani Prodi holds, “Eugenio Scalfari was a great innovator of the Italian journalism, able to impress an indelible mark in the world of publishing and to find new forms of communication”. “His journalistic intuition – he continues – got millions of citizens interested in political life and had a strong influence on the customs of the country.”

Also known as a writer, his first book, Petrolio in gabbia, was published in 1955. Additionally, he printed his first novel, Il labirinto, in 1998. In those years, he began to think about existential issues, such as the bond between reason and emotions, thought and man.

Even though Scalfari was an atheist, he was invited to meet Pope Francis, who had replied to Scalfari’s article about faith. Their meeting became a book in 2019. The pope himself commented with sorrow on Eugenio Scalfari’s death, holding that he treasures the memory of the dense conversations they had on the ultimate questions of man.