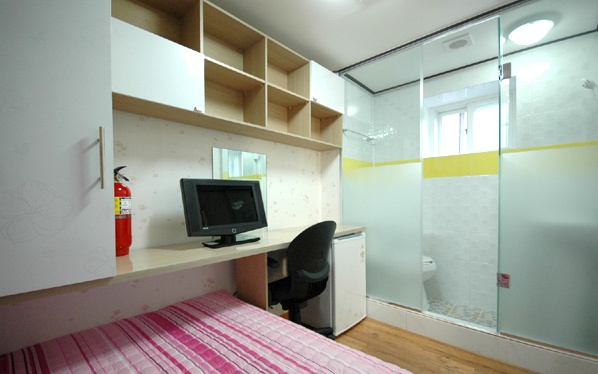 In Korea, the “Goshiwon” renting model is increasingly being built in many large cities where space is limited and rental fee is high. Many students who are taking exams, as well as international students with a tight budget, have chosen to rent these tiny rooms as a cost-effective solution. Goshiwon is also spreading to other Asian countries. However, before deciding to rent a Goshiwon room, people should keep a few things in mind.

Goshiwon (also known as Goshitel or living-tel) is a type of micro inn that first appeared in South Korea in the late 1970s, mostly near universities in Seoul. This type of housing provides students preparing for state exams to become lawyers or high-ranking government officials with affordable housing, primarily 3 to 6 square meters in size. However, it later became a popular living option for young Koreans and international students to study in Korea, accounting for 80% of rental housing located in Seoul and the surrounding Gyeonggi Province, according to The Korea Times. 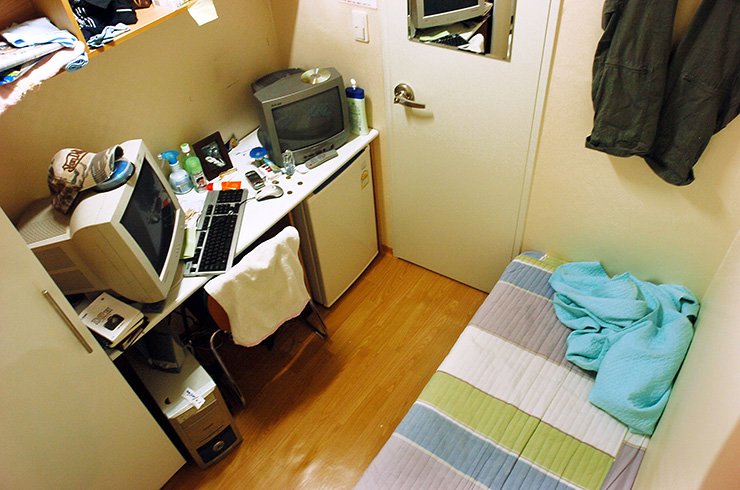 Because of its unique feature, the price for a Goshiwon room is also extremely cheap. Each room costs between 300,000 and 500,000 Won per month (approximately 230 - 383 USD), with a separate or shared toilet.

The space in Goshiwon is small, which means the majority of the surrounding area needs to be kept neat and clean to avoid messy scenes. When living in Goshiwon, you should neatly arrange your furniture and only bring basic, indispensable belongings because bringing too many things will make the already tight space even tighter. In some rooms, the lack of windows can make you feel very cramped.

There are numerous reasons why this model is gaining popularity not only in Korea but also in other big Asian cities. The biggest profits lie in its extremely low rent and  convenience.

Paying only a small monthly rent is already advantageous, but not having to pay a deposit is even more advantageous. The room fee will be fixed and cover everything from cleaning the common area to electricity, water, air conditioning, and gas.

As a Goshiwon system resident, you will have access to the following amenities: equipped furniture, refrigerator, bed, wardrobe, and air conditioner, as well as free wifi. You will also receive free daily supplies such as boiled rice, instant noodles, kimchi, instant coffee or tea, seasonings, and detergent. Most Goshiwon locations are near subways and bus stops, making it easy to get around.

However, living in Goshiwon means accepting separation from friends and not socializing at all, since everyone lives in a closed box. It is also impossible to invite friends over when the room is already crammed with just one person. Many people argue that Goshiwon is no different than a matchbox or a solitary confinement prison and refuse to think of it as a real place to live. Besides, Goshiwon is prone to fire and explosion, which leads to a lot of safety concerns. These concerns are entirely justified, given that in 2018, a large fire broke out in a Goshiwon complex in Seoul, killing 7 residents living inside and injuring 11 others. 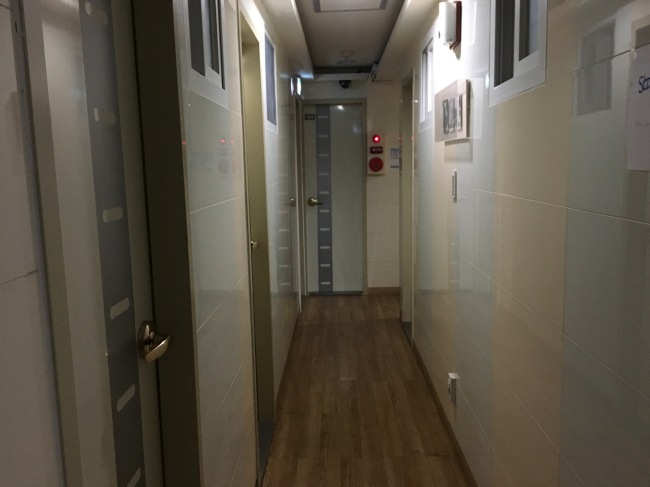 Goshiwon can be a good solution for tourists who only stay for a short time, but it can be a nightmare for students who have to live there for an extended period. Many Goshiwon rooms lack separate toilets so residents have to use a shared one, which is painfully inconvenient. Even though the internet advertisement appears to be shimmering, those who arrived at the room were quite shocked because it is too small and lacked a lot of amenities.

Therefore, before selecting Goshiwon for long-term rental, people must carefully consider both its advantages and disadvantages. The owner's information, as well as security and safety factors, must be thoroughly researched, too.