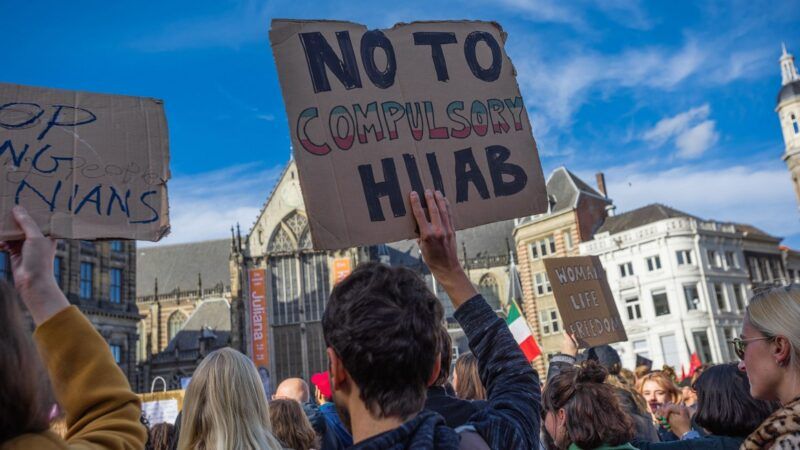 Iranian security forces have killed three more people during a rally following another protestor’s funeral, as violence continues to escalate in the country.

The gunfire came after mourners who had been attending the funeral of Ismail Mauludi - who was killed on Wednesday - made their way towards the governor’s office in further protest against the Iranian regime.

Chants of “Death to the Dictator” and “Kurdistan, the graveyards of fascists” were heard as the protestors burned down the governor’s office and occupied a local police station.

There have been a string of demonstrations in dozens of towns across the country, as today marks the 43rd day since the death of Mahsa Amini, who was killed in the custody of Iran’s morality police.

Amnesty International released a statement on Thursday calling the killing by the Iranian regime “unlawful”. They said at least eight people had died in four different provinces in the space of 24 hours.

Meanwhile, as reported by the Independent, a spokesperson for the UN Office of the High Commissioner for Human Rights, Ravina Shamdasani, said: “We’ve seen a lot of ill treatment…but also harassment of the families of protestors.”

She voiced concern that, in some instances, the authorities were refusing to return protesters' bodies to their families or only releasing them if they promised not to talk to the media or hold a funeral.

The Iranian regime and its allies have tried to falsely suggest the latest protests were sparked by a terrorist attack at a shrine in Shiraz. This is presumably an attempt to deflect attention away from the real reason behind the protests, as they have faced a lot of international condemnation in recent weeks.

In fact, there is said to be widespread anger amongst certain circles of Iranian officials who believe western media did not report the Shiraz mass shooting as much as the ongoing demonstrations.

Tensions continue to rise in Iran and, at this moment in time, there certainly doesn’t seem to be any end in sight to the unrest going on throughout the country.