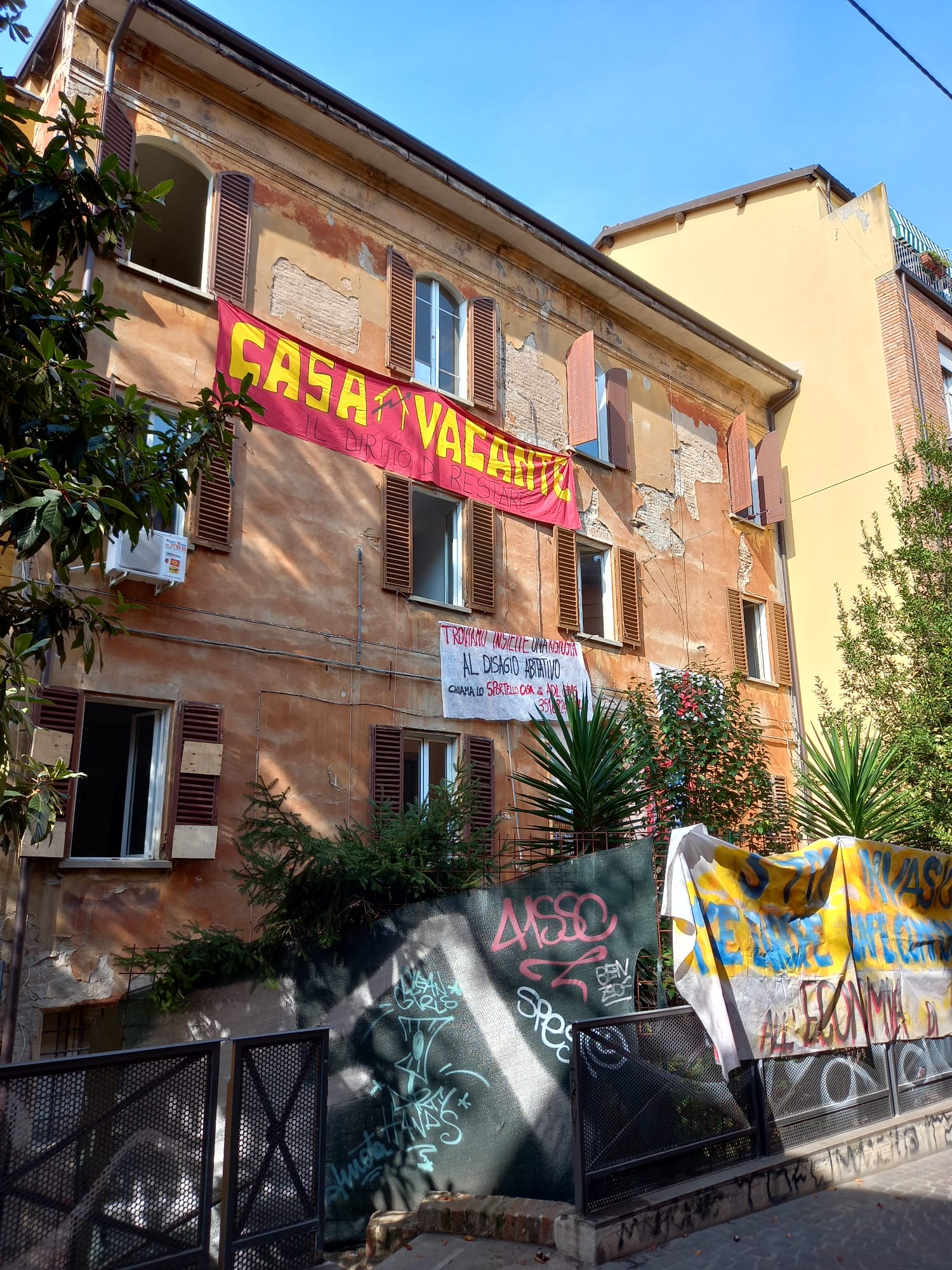 In the early hours of Wednesday, October 5, a dozen militants of the university collective Luna occupied a building in Via Capo di Lucca, Bologna. This building has not been in use since at least 2012, and is the property of the Bologna’s Asp, a public law company established to ensure the uniform management and qualification of social and health services provided to people of all ages.

Luna affirms that the building has been empty for at least 10 years, apart from a period in 2017 when it was occupied and cleared by a group of homeless people. The building is now in Asp’s sale plan for 2021-2023. The militants want to prevent the sale of the building, and they consider that the measures taken by Bologna’s Municipality and University against the housing crisis are not sufficient.

Indeed, Bologna is experiencing a historic housing crisis. Exorbitant prices and a shortage of choices in property characterize the city’s real estate market, and since the end of the Covid-19 pandemic and the beginning of classes, students of the University of Bologna have been denouncing the situation. It has become almost impossible to find accommodation, and the prices have skyrocketed abruptly.

Furthermore, the few accommodation options that still can be found near the university’s district have become increasingly ludicrous, such as renting a sofa for 350 euros a month. The situation increasingly worsened after the introduction of Airbnb and low-cost flights, which have made it nearly impossible for students to find long-term accommodation.

This is the motivation behind the Luna collective’s occupation. They believe that the city has transformed into an Airbnb platform, subjected to short-term tourism. The objective of the occupation is to bring light to the housing emergency, which mainly affects students and people in need who can’t manage to find a place in the city.

This movement has reignited the long-time battle between the country’s city mayors and the short-term rentals that have put the real estate market for students, workers, and young couples into crisis.

The mayors of nearby cities, Florence and Bergamo, have even declared that there is an immediate need for a national rule that would allow municipalities to intervene clearly and decisively to protect the cities and put a stop to the proliferation of short-term tourist rentals.

In response to the occupation, Bologna’s Mayor Matteo Lepore has asked for the collective to leave Via Capo di Lucca, stating that once they have cleared the building, the municipality will take care of the situation. He also stated that the housing emergency is the main topic of their political agenda.