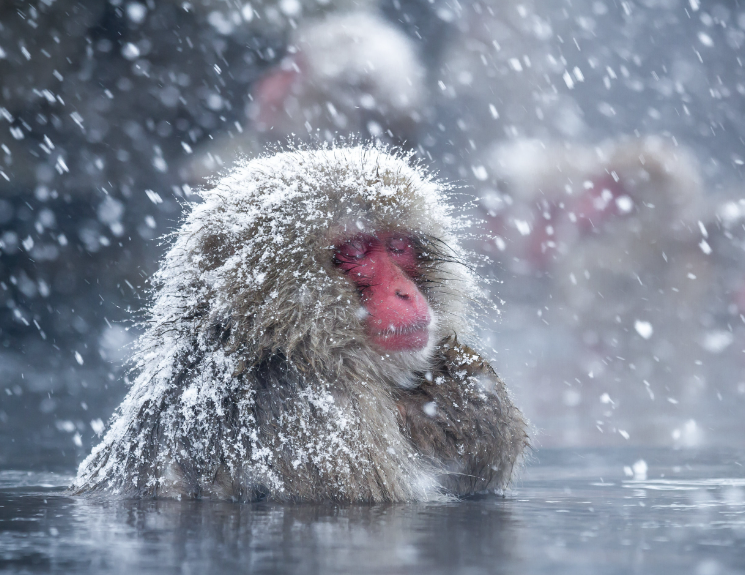 Approximately 60 people have been victims of attacks in the city of Yamaguchi, in southwestern Japan. The perpetrators are snow monkeys or Japanese macaques. They are native to Japan and a part of its culture and history. Initial reports stated that the assaults were the responsibility of a single monkey, but now officials believe there could be several loose throughout the city.

The attacks started on July 8. Since then, several residents reported that a monkey entered their home through the window and attacked them in their homes. Two young children were injured after the monkey entered via the window screen. Another man was bit while drying laundry. The youngest victim, a ten-month-old little girl, was assaulted in the same way, resulting in scratches on her leg.

The city of Yamaguchi has urged people to keep all entry points closed at all times, a massive sacrifice considering the hot summer temperatures. This resulted in more attacks outside of their homes. The police are now laying traps throughout the city and are armed with tranquilizer guns to capture the monkeys. One monkey was stopped and neutralized on July 27, following an investigation that led to its identification.

These attacks are considered very rare. However, the current increase can be explained by the habits of the animals and efforts for their preservation. Snow monkeys generally live in groups, though young males sometimes leave the pack to live alone for a while. Moreover, the monkey population is growing following Japan’s successful attempts at the conservation of these animals. All these factors likely contributed to more frequent conflicts between monkeys and humans.

Mieko Kiyono is an expert in wildlife management and associate professor at Kobe University. She explained in a statement, “Japanese macaque monkeys have coexisted alongside humans since the Edo period -- Japan is very mountainous and communities live close to mountains where monkeys live, so it is easy for monkeys to enter villages and towns.”

Forests and mountains inhabited by animals surround Yamaguchi city, making it natural and easy for them to enter the town. Though monkey sightings are frequent, city hall reports that attacks of this magnitude are strange. The police began tracking the monkey on July 9 in the Ogori district, but are now expanding the search following more reports.

Monkeys are a vital part of Japanese and Asian culture in general. Mythical Shintoist beasts raiju are sometimes represented as monkeys. They traditionally accompany the god of light Raijin. Other examples include the tale of the crab and the monkey and the three wise monkeys, which warn people to see no evil, hear no evil, and speak no evil. Macaques also frequently appear in paintings, culturally specific dances to Japan, and the Chinese Zodiac.