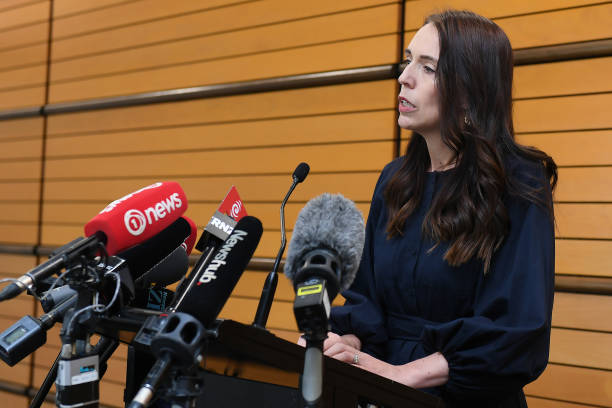 On Thursday, January 19, the New Zealand Prime Minister, Jacinda Ardern announced her step down ahead of the upcoming election next October. She stated that New Zealand’s next general election will be held on October 14. During a meeting of the Labour Party in Napier, New Zealand, Ardern explained the reason for her resignation: “ I am leaving because a position with such great privileges comes with great responsibilities. The responsibility is knowing when you are the right person to lead and when you are not. I know what this job requires. And I know I don't have enough energy left to do it justice. It's as simple as that.”

In a press conference in Napier, Ardern said that she will leave office on February 7. However, in three days, Labour Party lawmakers will decide on their new leader. However, the deputy prime minister, Grant Robertson said that he will not succeed Jacinda Ardern. Furthermore, the Prime Minister said: “I believe that leading a country is the most privileged job anyone could ever have, but also one of the more challenging.” She added: “You cannot and should not do it unless you have a full tank plus a bit in reserve for those unexpected challenges.”

Regarding her time as the New Zealand leader, Ardern had the “most fulfilling five and a half years” of her life. Elected New Zealand's primer minister in 2017 at the age of 37, Jacinda Ardern became the third female leader of New Zealand after Jenny Shipley (1997–1999) and Helen Clark (1999–2008). Furthermore, she became the world’s youngest leader of a country and the second leader in the world to give birth while in office.

National Party leader, Christopher Luxon wrote on Twitter: “I offer to Prime Minister Jacinda Ardern our thanks for her service to New Zealand.” Furthermore, the Australian prime minister, Anthony Albanese showed his support to Ardern: “[She] showed the world how to lead with intelligence and strength.” Finally, the Canadian prime minister, Justin Trudeau salutes a “friend”: “Thank you for your partnership and your friendship – and for your empathic, compassionate, strong, and steady leadership over these past several years. The difference you have made is immeasurable. I’m wishing you and your family nothing but the best, my friend.”

The prime minister didn’t decide yet what will be her future but one thing is sure, she wants to spend more time with her family. She said: “For Neve, Mom is looking forward to being there when you start school this year, and to Clark, let’s finally get married.”