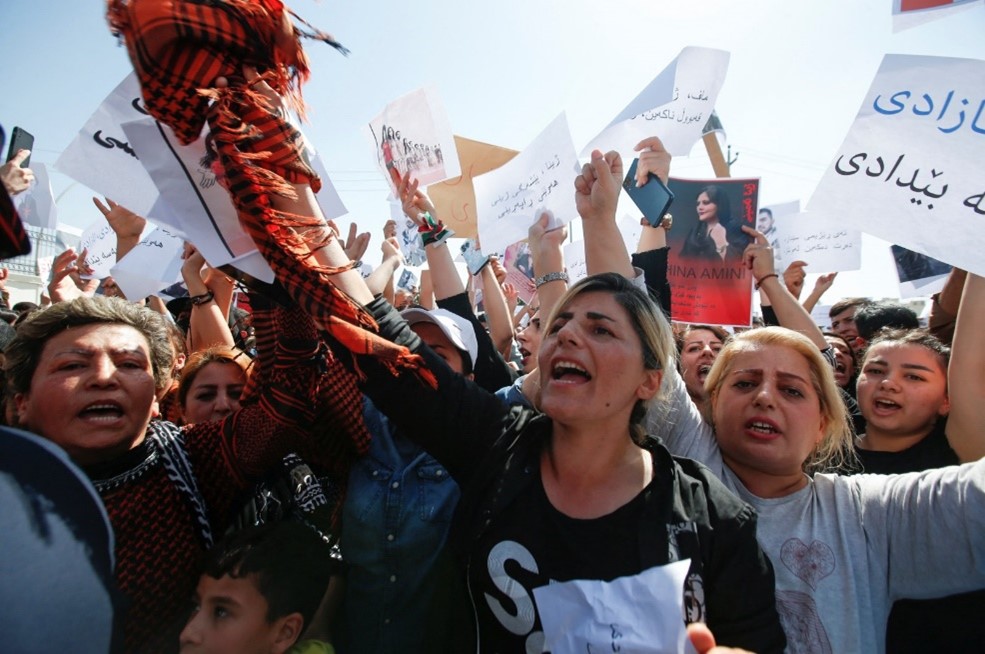 The first protest takes place in Tehran, Iran, after the death of the Kurdish woman. Mahsa Amini, 22, last 16 September 2022, was arrested by police who detained her on the streets because she didn’t carefully wear the headscarf according to the strict women’s Islamic dress code.

The telecommunications had been a blackout in Tehran and other cities on Friday, 16 September. The internet service was slow, and the worst followed during the disruption. Iran is one of the countries where systematic abuse of censorship in communications tends to evidence the polarization between secularists and conservatives. The metrics offered by NETBLOCKS show how the only social network Instagram suffers several limits.

Riots become more aggressive across Iran claim: “Women, Life, Freedom” on the streets. The symbol of this sensibilization in this protest is the recording of videos of women cutting their hair and supported by women worldwide, who took a pair of scissors as well. The situation became more complex after the strict limit on free internet access during the protests. The continued violence flourished in the social account of citizens; they had reported the landscape of deprived free expression in the protest. This severely affects people’s information on the internet, increasing moderation and violation of freedom digital rights by the Government.

Human rights violations were occurring. Further, the necessary form of freedom now is defending internet freedom access. In addition to showing how necessary digital resources are during activism to ensure a high level of free expression. Women’s groups are raising their voices, and the outcry of crowds in the mobilizations was supported by global protest: the low whispering “do something” transformed into “let’s go to the streets” in different capitals of Iran.

Overall, the level of internet freedom in Iran has been designed as ‘not free’ in violations of user rights categories. This means repercussions for online activities and restrictions on free expression, as reported by  Freedom on the NET 2021 measures, Freedom House. Using the social platform for social causes is necessary for understanding and underlining the tension developed over the other part of the globe.

Above all, injuries and arrests in the following days after the name ‘Mahsa’ protestants had been suffering until today. The monopoly on internet traffic is under The Telecommunication Company of Iran (TCI). Indeed, the decision to disconnect the country to avoid the spread representation of the wave of protest represents the limits on coverage of social, political, and international issues.