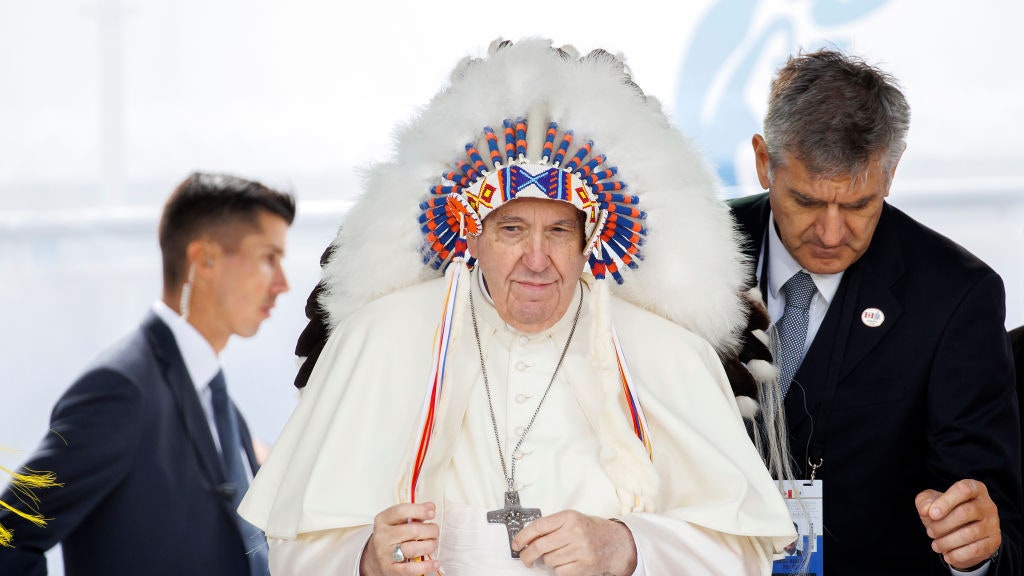 The pontiff’s “pilgrimage of penance” in Canada began on Sunday, 24 July 2022. The day after, as planned, Pope Francis first reached Maskwacìs, where he met some indigenous people, in particular the groups of First Nations, Mètis and Inuit. Pope Francis’ apostolic journey will proceed until 30 July. During his stay, his Holiness will visit Edmonton, Quebec and Iqaluit.

This is the Pope’s 37th international journey and Canada is the 56th country that he has visited. Pope John Paul II had already paid three visits to Canada in 1984, 1987 and 2002.

In his first public remark in Maskwacìs, where Pope Francis visited a former residential school, he stressed his apologies for the evils made by Catholics against the native communities of Canada. “It is from here, from this sadly evocative place – he said – that I would like to begin what I hold in my heart: a penitential pilgrimage”. He continued asking for God’s healing and atonement as well as for the residential school survivors’ forgiveness, wishing that a future of justice and reconciliation could replace a past of sufferings and mistakes. Later the Pope met other indigenous people as well as members of the Parish Community of Sacred Heart in Edmonton.

The Pope’s amends, despite being late, was welcomed by applause from survivors in the audience. He apologised for the Roman Catholic Church’s contribution to operating up to 70% of Canadian residential schools. Those government-funded schools, existing since the 1870s, wanted to assimilate indigenous children by every means. This process of forced assimilation into European-Canadian society aimed to destroy indigenous cultures and languages through a colonising approach that the Pope strongly criticised. Equally responsible for those crimes are the Catholic, Anglican, Methodist, United, and Presbyterian churches, which all gave theological justifications for the system. 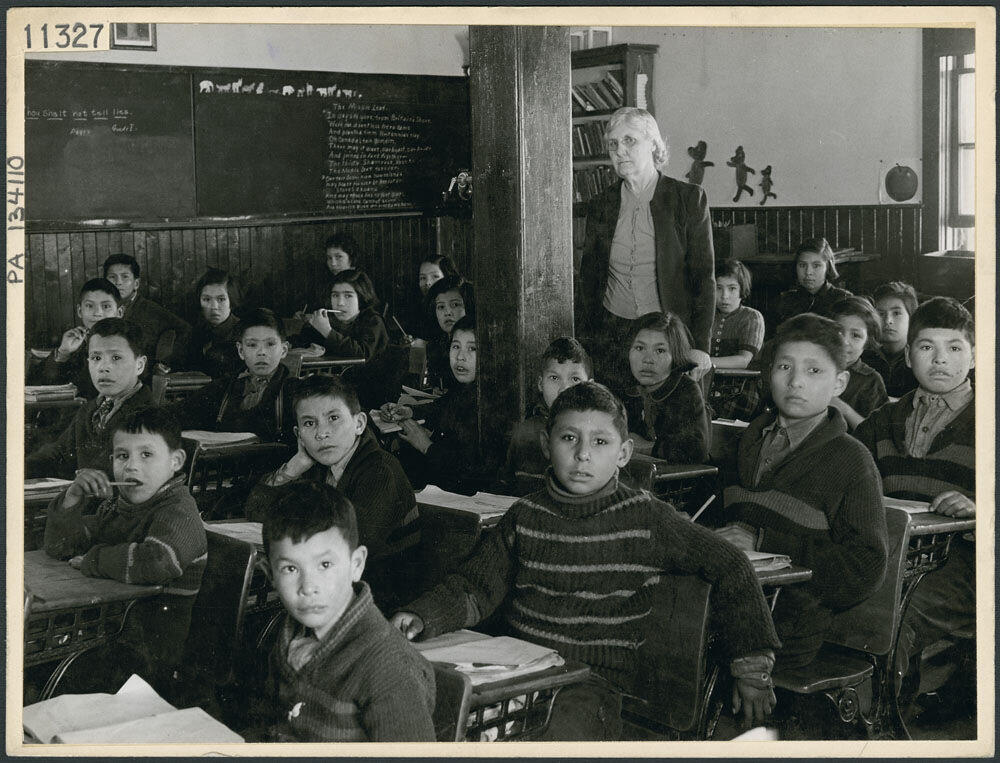 The Pope’s apologies proved a meaningful self-critical attitude. It shows the will to understand the trauma the Church had caused to many people and its effect today. It is significant to note that the last of these schools closed only in 1998. In those years, the schools took from their home around 150,000 First Nations, Métis and Inuit children. The residential schools’ conditions were appalling. Torn from their families and isolated from their culture, language and religion, the students were subject to abuse, illness and malnutrition. BBC News reports that the schools’ victims may be more than 3,000. Recently, courts received 37,951 claims of physical and sexual abuse in the schools. Even more to the point, the consequences of the abuses and the assimilation are still ongoing, since around 80,000 survivors are alive in Canada today.

Residential schools are still regarded as an open wound in Canadian history and identity. They were called a core element of “cultural genocide” by the Chief Justice of the Supreme Court of Canada and by a Truth and Reconciliation Commission report.

However, it seems that Pope Francis' mea culpa was much appreciated as proof of common suffering. In fact, the head of the indigenous Cree, Willie Littlechild, a former student of a residential school, expressed his gratitude for the Pope’s listening and sincere apologies.

After his speech, the Pope wore a traditional headdress gifted to him by the indigenous population, while a local song was sung in the background.