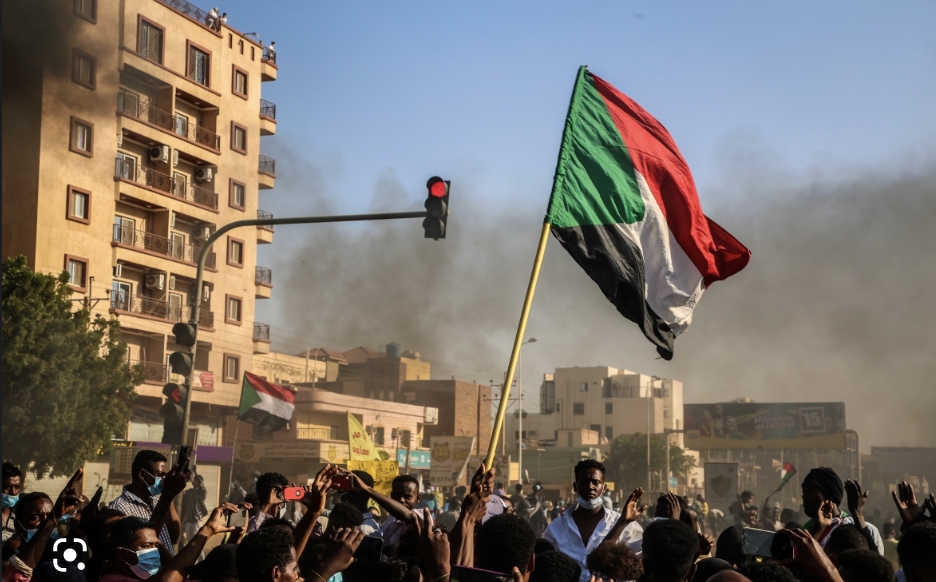 Protests have erupted following a framework deal between the Sudanese military and political parties, which aims for a slow transition of power from the Sudanese army to civilian leaders. This is what we know so far.

In 2018, Sudan was on the edge of facing economic collapse. The strain of United States sanctions on the Sudanese economy prompted government officials to begin implementing emergency austerity measures. The Sudanese government immediately began reducing subsidies on fuel and bread, causing an increased cost of other basic commodities. Not only were the people of Sudan facing high living costs, but they were also facing limited political freedoms. After four short months, thousands collected to demonstrate at the nation’s capital in Khartoum, alongside other major cities such as Omdurman and Port Sudan against such circumstances. The general sentiments of the protest mimicked that of the Arab spring in 2011 where “‘protests adopted chants from popular revolutions… ‘The people want the fall of the regime’”. Protestors were eventually successful. In April 2019, President Omar Al-Bashir was forced to step down and subsequently arrested by the Sudanese military.

What have been the developments since the ousting of Al-Bashir?

Immediately following Al-Bashir’s removal, the governmental organization in Sudan was faltering. To mitigate this issue, the Transitional Military Council (TMC) was formed by the military officers that ousted Omar Al-Bashir. With the assistance of the Forces of Freedom and Change (FCC) (a political coalition of Sudanese civilian and rebel groups), the TMC imposed a three-month state of emergency. Despite this new transition, the elation from the Sudanese public was temporary. The TMC and FCC collectively participated in appointing Abdalla Hamdok as prime minister.

Sudan, at this time, faced two critical issues. The first being that the lack of political organization gave rise to a multitude of civilian and military factions. Each of these factions sought influence over Sudanese politics. Therefore, in late 2019, a three-year transition agreement was issued under Prime Minister Abdalla Hamdok, where these factions would rule equally until the upcoming elections in 2023. The second pressing issue was that the economic status of Sudan was not improving; in fact, in April 2020, inflation soared to 99%. The lack of progress under the Hamdok prompted protests once again. After a series of events that removed and reinstated Hamdok in January 2022, Hamdok finally resigned.

The transitions of power have not yet resolved the economic struggles many Sudanese citizens face. On December 5th, two military leaders signed a framework agreement with the Declaration of Freedom and Change. The agreement aims to lay out a pathway for the nation to resume democratic organization. This elicited additional protests in Sudan where many demonstrators “were chanting: “‘No negotiations, no dialogue, no partnership”’. The Sudanese people are demanding that a civilian government is established immediately.

The developments are ongoing. Stay tuned for updates.

Civilian vs. Military Rule – The Future of Sudan’s Politics & Economy