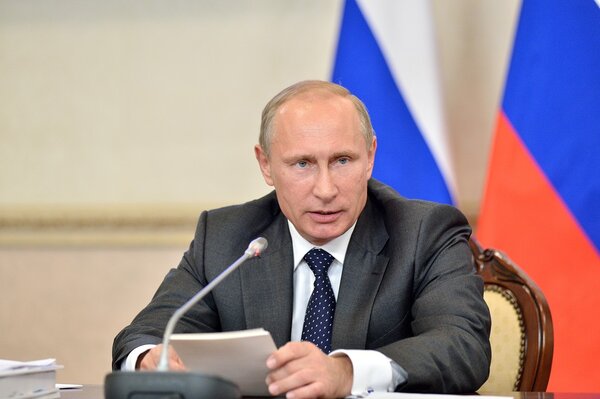 On Thursday, December 22, Russian President Vladimir Putin held a press conference after a State Council meeting. During the conference, he said: “Our goal is not to spin the flywheel of military conflict, but, on the contrary, to end this war. We will strive for an end to this, and the sooner the better, of course.”

Vladimir Putin stated: “I have said many times: the intensification of hostilities leads to unjustified losses. All armed conflicts end one way or another with some kind of negotiations on the diplomatic track. “Sooner or later, any parties in a state of conflict sit down and agree. The sooner this realization comes to those who oppose us, the better. We have never given up on this.”

During the visit of Ukrainian President Volodymyr Zelensky to the United States on Thursday, December 22, President Joe Biden confirmed to deliver the Patriot air defense system to Ukraine. Zelensky had a speech from the United States Capitol where he said: “You [the US] can speed up our victory.”

However, regarding the latter, Vladimir Putin said: “The Patriot system is an old enough system and it doesn't work like our Russian system, our S-300. We will just have this in mind, there will be an antidote. We will snap the Patriot. […] So those who do it are doing it in vain. It's just prolonging the conflict, that's all.”

On Wednesday, December 21, Russian President Putin announced new arms for Russia in a speech to the Russian Defense Ministry Board at the National Defense Control Center in Moscow: “Beginning January, the Admiral of the Soviet Fleet Gorshkov frigate will be equipped with the new Zircon hypersonic missile, which has no equivalent in the world.” He added: “Russia’s nuclear forces are the main guarantee of our sovereignty and territorial integrity, strategic parity, and the global balance of forces. […] We are well aware of all the NATO forces and resources they have been using against us during the special military operation.”

Regarding the Russian army, Putin detailed: “We know that there are no small things on the battlefield, so you need to pay special attention. I want to emphasize it once again: medical kits, food, dry rations, uniforms, footwear, protective helmets, body armor, everything should be at the most up-to-date and highest level.” He added: “Everything that a fighter uses should be cutting-edge, convenient, and reliable, and the supply should correspond to their actual needs. If some ministry standards are outdated, they need to be quickly changed.”