Taiwan lowers flags at half-mast in mourning for Shinzo Abe 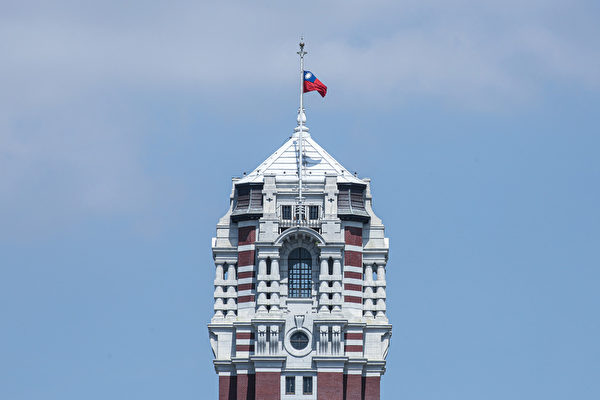 Taiwan's presidential spokesperson, TunHan Zhang, said today that following the provisions of the "Implementation Measures for the National Flag to be flown at half-mast", Tsai decided that government offices and public schools at all levels would fly their flags at half-mast for one day on July 11 to thank former Japanese Prime Minister Shinzo Abe for his lifelong contribution to Taiwan.

Zhang said that when Taiwan encountered difficulties and challenges, former Prime Minister Abe always supported Taiwan. Whether it was promoting Taiwan's agricultural products, campaigning for the Japanese government to donate vaccines to Taiwan, or even creating a strategic framework for security in the Taiwan Strait and the Indo-Pacific region, he believes the people of Taiwan are grateful.

Zhang also mentioned that Taiwan President Tsai Ing-wen decided to express Taiwan's memorial and gratitude to former Prime Minister Abe by flying the flag at half-mast. At the same time, it also demonstrates Taiwan's philosophy and determination to walk alongside Japan and firmly defend the values of democracy and freedom.

In a Facebook post, Tsai said that former Prime Minister Shinzo Abe was an old friend of hers and that the sad news of his tragic passing was still unbelievable when she woke up this morning. She stressed that she believes Taiwan and Japan will continue to walk side by side, deepen cooperation and firmly defend the values of democracy and freedom.

Tsai said she had always believed that one day she could meet former Prime Minister Abe in Taiwan and ask him to enjoy Taiwan's food and take a walk around the country.

On the internet, many Taiwanese people went to former Prime Minister Abe's Facebook page to leave messages thanking him for having helped donate Taiwan Friendship Vaccine and for working with Taiwan to fight the epidemic. Many others posted affectionate photos of him with Taiwanese pineapples and handwritten "Go Taiwan (Chinese:台湾加油)" to remember him.

Tsai believes that not only the people of Taiwan but also international democracy partners, including the United States and India, have also remembered former Prime Minister Abe for his dedication to global democratic values and have announced that flags will be flown at half-mast in tribute.

Although Abe is arguably the most friendly Japanese prime minister to Taiwan, it was not Abe who first mentioned the importance of peace and stability in the Taiwan Strait, but Japanese House of Representatives member Yoshihide Suga.

Although Fumio Kishida had been in office for less than a year, he had already stressed the importance of peace and stability in the Taiwan Strait or Taiwan on ten important international occasions, including the US-Japan summit and the G7.

Guo believes that if the LDP wins after the election, the probability of success for Fumio Kishida to push for constitutional amendments as Japan's Prime Minister is far higher than that of Shinzo Abe. He argues, "It can be predicted that the overall national security reform in Japan will be pushed through very smoothly after the election, including the constitutional amendment."