Tensions In Iran Continue As 'Justice For Amini' Campaigns Escalate 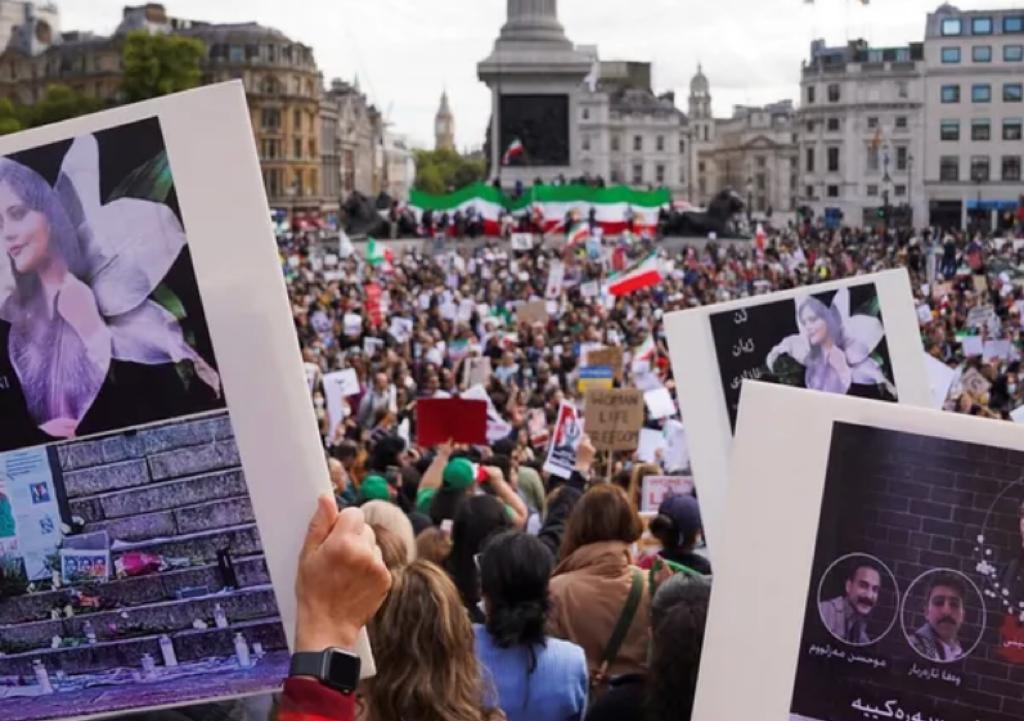 Iran has been the center of protests and growing civil unrest for over three weeks after the death of 22-year-old Mahsa Amini, who was arrested for allegedly breaking the country’s strict dress code. The public is continuing their cry for justice for Amini and demanding accountability from the nation’s governments.

These protests have now reached and called for mass campaigns worldwide to support Iranian women’s rights and raise awareness of their personal and political liberties. The latest move comes from the Government of the United Kingdom, which has moved sanctions against Iran’s morality police.

Who was Mahsa Amini?

Amini, who hails from Tehran, was detained by the specialist police unit that enforces the strict dress code made obligatory for women after the Islamic Revolution in 1979. She passed away on September 16, three days after her arrest. Her case had sparked controversy since day 1, with several lawmakers demanding the case to be raised in parliament and the judiciary ordering a special task force to investigate.

Amnesty International, a human rights organization, had stated, “The circumstances leading to the suspicious death in custody of a 22-year-old young woman Mahsa Amini, which include allegations of torture and other ill-treatment in custody, must be looked into. The so-called morality police in Tehran arbitrarily arrested her while enforcing the country’s abusive, degrading, and discriminatory veiling laws”.

Several former leaders of Iran have called out the behavior of the morality police as a “disaster” while questioning the present supreme leader, Ayatollah Ali Khamenei, on his selective public silence.

The aftermath of Amini’s death

Since the protests erupted early after Amini’s death, it remains unclear how many people have succumbed. The country’s state-run broadcast media had last estimated figure at 41. However, the national human rights commission reports that over 150 civilians may have died at the hands of the police during the clashes.

Zahedan, the capital of the Sistan and Baluchestan province, has reported the highest number of deaths among many such regions that have witnessed friction in the last few weeks. Security officials then deployed ammunition, metal pellets, and teargas on protestors.

Between these developments, Iran’s prime broadcaster was hacked on October 8, with a news bulletin showing an anti-leader sentiment against Khamenei. One of the captions on the screen read, “join us and rise,” while another read, “our youths’ blood is dripping off your paws.” The interruption lasted only a few seconds before being cut off; however, the growing rebellion against Ayatollah Ali represented a call for dissent against the supreme, who otherwise enjoyed absolute power within Iran.

Elsewhere, large numbers of Iranian schoolgirls have become the latest members to join the anti-Hijab protests. With the new academic term just beginning in the first week of October, the protests have also spread from the streets to the schoolyards. Some students were seen stomping on photos of Iran’s current and former leaders, while others chanted, “Death to the dictator!”

How has the world reacted?

Nations worldwide have not remained silent on the matter. The Iranian diaspora in other countries has initiated in their respective countries circulating images and footage attempting to gather local support for the cause. US President Joe Biden said in his address to the UN General Assembly, “Today we stand with the brave citizens and women in Iran who right now are demonstrating to secure their basic rights.” German Foreign Minister Annalena Baerbock criticized, “the brutal attack against the courageous women is an attack on humanity.” Other heads of state from Sweden, Chile, and Israel condemned the events.

Meanwhile, the United States and Canada have released sanctions against Iranian officials. EU member states have also called upon the head of the European Union to sanction Iranian officials, including the interior minister, Ahmad Vahidi, who looks after the country’s law enforcement.

The latest country to impose sanctions on Iran’s morality police and other top security figures in the UK. These people are banned from coming to the UK, and any assets held here are frozen. This step by the UK Foreign Office will likely have a direct damning effect on a few important senior officials. Additionally, the list of recipients of this sanction includes two top police commanders. James Cleverly, Foreign Secretary, believes that these measures showed that the Iranian authorities would be held to account for the repression of women and girls and the violence unleashed on their citizens.