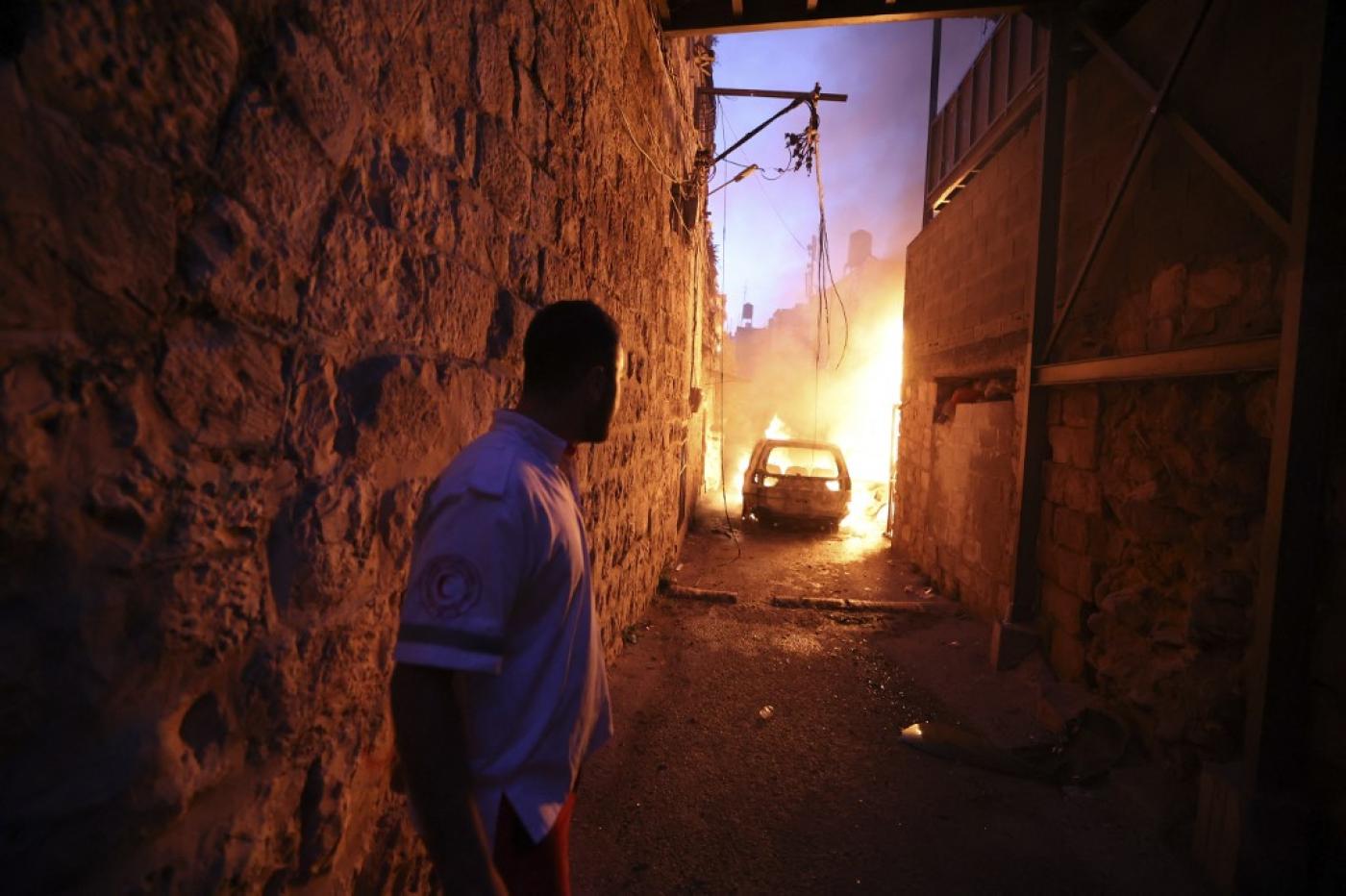 The Israeli occupation forces killed two Palestinian fighters and wounded 12 others, during an overnight raid clash in the city of Nablus in the West Bank on Sunday.

“Israeli army force stormed [the] Al-Yasmina neighborhood in the Old City of Nablus after midnight and cordoned off a house, before embarking on bombing the house with explosives and gunfire killing two Palestinians,” WAFA news agency reported.

Local residents have described the raid as the “largest and most violent in the city in twenty years” and that the disruption was as if it was “hit by an earthquake.”

Nasser Estitya, a local, said that he heard gunshots way before they stormed the house with heavy weapons. Estitya also added that they were calling for someone to surrender.

Hussein Al Sheikh, Palestinian offical, said on twitter,“Another crime committed by the occupation forces in the old city of #Nablus, where martyrs have fallen and many wounded, there was also destruction of homes and burning of property,.”

He also added, “We strongly condemn this crime, and we hold the occupation responsibility for its repercussions.”

The Israeli occupation army said it was launching an operation in Nablus to arrest ‘armed suspects’ while ignoring the report of the Palestinians injured.

The report stated that, “ an exchange of fire took place between the armed suspects and Israeli forces. Hits on a number of terrorists were identified, that lead to neutralising the terrorists inside the house and on its roof.”

A one-day general strike was announced across the city to honour the two men killed during the raids.

Israeli raids have been focused on the city of Nablus in recent months on a nightly basis. Since late March, 52 Palestinians have been killed, including the Palestinian-American journalist Shireen Abu Akleh. The journalist was shot dead by Israel during a raid in the city of Jenin in the West Bank.

Israeli-Palestinian Ceasefire in Gaza after days of violence

Maronite Archbishop Has Been Arrested After his Return from Occupied Palestine