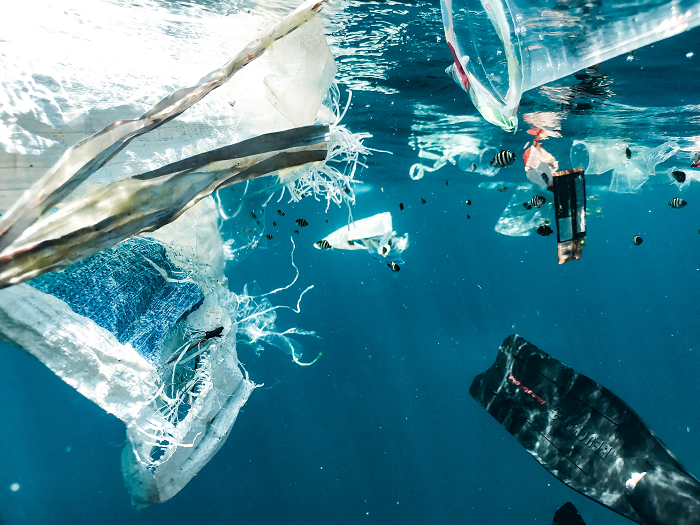 At this year’s fifth session of the United Nations Environment Assembly (UNEA-5.2), the assembly announced a resolution to end plastic pollution and implement a legally binding, international agreement by 2024. Under-Secretary-General of the United Nations Inger Andersen declares that “as we gavel the INC resolution, we will have the most important international multilateral environmental deal since Paris. And such a deal could be transformational.”

The Under-Secretary-GeneralIt shares that “it is clear that there is huge global interest in addressing the problem of plastic pollution through multilateral cooperation. Since September 2021, according to the WWF Global Plastic Navigator, 154 countries have expressed an interest in negotiating a new global agreement on marine plastic pollution.”

What could this treaty look like in action, and what could the effects be?

Andersen explains that “a comprehensive circular economy approach” is critical, as it could “reduce the volume of plastics entering our oceans by over 80 percent by 2040” and “reduce virgin plastic production by 55 percent.” She adds that this model could also bring economic benefits and save governments around USD 70 billion by 2040 creating 700,000 jobs across the global south.

The mention of a circular economy approach gives a clear insight into the possible practical application of the new treaty. The traditional linear economy fails to address the root causes of plastic pollution in its “take, make, waste” approach often ruled by disposable and cheap resources. A circular economy aims to leverage resources for as long as possible, repurposing them in a regenerative model. All packaging is expected to be created to fit within the system for recycling, reuse, or composting.

The Ellen MacArthur Foundation has isolated six key points in the circular economy model for plastic, being:

Plastic pollution is affecting our oceans, our soils, and our air. But alarming data about the current irreversibility of the pollution of our waters is demanding an initiative that proposes more than just a new production and economic model.

Even If All Plastic Pollution Input Stops Today, Microplastics on Beaches and in Oceans “Will More Than Double Between 2020 and 2050”

A study by the Alfred Wegener Institute for Polar and Marine Research commission by the World Wildlife Fund (WWF), explored the effects of plastic pollution on marine life and collected some sobering facts on the future of our oceans.

“Due to the challenges of collecting ocean plastic and the persistent nature of plastic in the environment, once the plastic is in the ocean it’s almost impossible to remove it,” experts explain. “Once it has entered the ocean, it continues to break down: macro plastics become microplastics, and microplastics become nano plastics, making recovery even more unlikely.”

Our Ocean’s Trials Mirror Our Own: From Macro Plastic to Microplastic and Chemical Pollution

Marine life and ecosystems find themselves entangled in and smothered by plastic debris. Mere contact with plastic can lead to marine ecosystems contracting diseases. A 2018 survey of 124,000 coral reefs in the Asia-Pacific region, found over 11 billion pieces of plastic entangled in corals, stating that “the likelihood of disease increases from 4% to 89% when corals are in contact with plastic.” The survey explains that infections can find their way into the ecosystems in various ways, including plastic debris cutting the coral’s skin, transferring the bacteria it’s carrying, and smothering the coral. Blocking out the light and paving the way for harmful pathogens to thrive.

A major contributor to the ocean’s plastic pollution is abandoned fishing gear, otherwise known as ghost gear, which can cause physical harm to creatures becoming caught in them, such as the hundreds of endangered sea turtles that have been found dead caught in fishing nets, but it can also lead to the extinction of entire ecosystems. The study by the Alfred Wegener Institute explains that “fishing lines entangled 65% of coral colonies in Oahu, Hawaii, and 80% of these colonies were entirely or partially dead.” Equally alarming is the amount of ghost gear found in the Great Pacific Garbage Patch. Of the 42,000 tonnes of macro and mega plastics, 86% were fishing nets. Of the total garbage in all size classes, fishing nets made up 46%.

Once the plastic debris has degraded to microplastic and even nano plastic, particles can enter the marine animals’ body cells and even reach their brain. “These interfere with hormones, disrupting breeding, development, and behavior in many kinds of marine life,” research clarifies. “Even some plastics labeled as food-safe can be highly toxic to aquatic animals and people alike.” The relationship we have with our oceans is one of balance and harmony. 50-80% of the oxygen that humans rely on to survive is generated by marine flora. On top of that, 97% of our planet’s water supply is stored in our oceans and 30-50% of the carbon we emit, is absorbed by the ocean. The damage caused by plastic pollution will, in turn, affect us in the form of microplastic we inhale through the oxygen produced by our oceans, and the oceanic fauna and flora we consume. The effect of plastic pollution on human life was brought home earlier this year when microplastic was found in human blood. It had previously been detected in our food, the rain, our organs, and our feces.

The Need to Diversify Our Efforts

While the circular economy approach, if implemented correctly, would provide an effective model for a new and regenerative strategy.  It will need to be combined with effective clean-up initiatives to prevent further loss of marine life and habitats, as well as the culmination of existing ocean plastic pollution into a precarious cocktail. While organizations for massive ocean cleanup undertakings do exist, the UN’s possibly transformational new treaty could benefit from an organized, international approach to curative as well as preventative measures.

Delving Into The World Of Sustainable Fashion