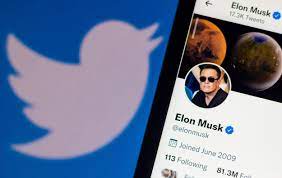 While the new version of Twitter set out by multimillion-dollar entrepreneur Elon Musk is taking shape, what remains of the famous platform is fastly changing and disappearing.

Since Elon Musk bought the social media platform of the ‘blue bird’, Twitter, for the huge figure of $44 billion, the new CEO immediately began working to implement changes.

The tide of change is rapidly spreading over the social network with an all-over revolution. Musk's leadership decisions made headlines with the firing of a large part of the direction board and around 3,5000 employees, as well as introducing a monthly based membership programme offering a ‘verified’ blue tick for users.

These controversial moves caused upset amongst users and the press, and provoked speculation.

During a meeting, the CEO informed his workers that, if there are not significant changes in the company's performance, there is a risk of bankruptcy.

This came after previous e-mail communication, the first from Musk, announcing that Twitter will not survive the current economic downturn without revenues from the subscription plans.

What do we know about Twitter's economic performance?

When Elon Musk bought Twitter, he took on part of the company's debt to a  figure of $13 billion against existing charges of $18.5 billion. The trend for the firm is negative, with losses of $4 million a day, according to the CEO's words.

This drop in revenue is related to the withdrawal of various companies from advertising on the social network after Elon Musk bought the business, fearing a lack of moderation of content and the spreading of fake accounts.

What is the problem with fake profiles?

A firm's investment in a platform depends on the number of real-life users and the possible interaction related to the advertisements.

A platform with a broad audience like Twitter makes the company palatable to investors. But with a large part of them being fake accounts, the appeal goes down, along with the value of the investment in the platform.

What are the solutions proposed to avoid the crisis?

The main goal of the new management is to make Twitter a reliable source of information, improving its users’ and possible investors' perceptions, fighting against fake news, and cutting off fake profiles.

Introducing a monthly programme for the blue tick is a solution to link payment methods to accounts, favouring the profiling of users. Furthermore, it generates new revenue for the company.

The consistent staff cut reduces the team payroll, and even if it has been widely criticised, this represents a concrete solution to the money problem of the company. Although the did and outrage developed, Steve Jobs and Apple made the same in 1997 - an action which contributed to saving Apple, which is today a $400 billion company