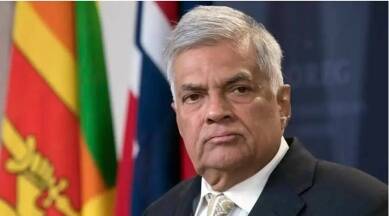 All possible steps" were taken to avoid the economic crisis that has engulfed Sri Lanka, according to the country's ousted president Gotabaya Rajapaksa, who fled this week in an attempt to avoid a popular uprising against his government.

"It is expedient, so to do, in the interests of public security, protection of public order and maintenance of supplies and services essential to the community's life," the notification stated.

"All possible steps" were taken to avoid the economic crisis that has engulfed Sri Lanka, according to the country's ousted president Gotabaya Rajapaksa, who fled overseas this week in an attempt to avoid a popular uprising against his government.

Parliament accepted Gotabaya Rajapaksa's resignation on Friday. A week ago, thousands of anti-government protesters stormed the streets of Colombo and stormed the president's residence and offices. He flew to the Maldives and then Singapore.

Leaving the Maldives on a Saudia airline plane bound for Singapore, Sri Lankan President Gotabaya Rajapaksa has been facing massive protests over the country's economic situation. After he arrived in the new country, he resigned. The curfew in the Western Province of Sri Lanka has been reinstated as protests continue. On top of that, the anti-government protestors who have been occupying some of the country's most prominent administrative buildings since July 9 have decided to move out of some of them.

India has high hopes for a democratic solution to the Lanka crisis. An early resolution to the crisis surrounding the government and its leadership through democratic means and the constitutional framework is what India hoped for on Thursday as Sri Lanka suffered from the political and economic crisis. Arindam Bagchi, the spokesperson for India's Ministry of External Affairs (MEA), said the country's 'Neighborhood First' policy emphasized the importance of peace and stability in the region and that India remained engaged with all relevant stakeholders in Sri Lanka. A day after fleeing the island nation amid massive mass protests, outgoing Sri Lankan President Gotabaya Rajapaksa arrived in Singapore via the Maldives for the final time.