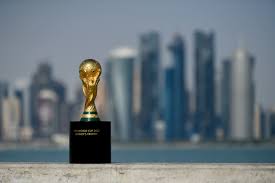 On Sunday, November 20, the opening act of the 20th edition of the FIFA World Cup, one of the most favourite and awaited events for football fans all around the globe, occured.

This year, the sporting event that reunites the major national teams which qualified for the competition will take place in Qatar, in an unconventional first-time winter format. Historically, the World Cup takes place in the summer, within the end of all the major league championships.

The controversial nature of this year’s World Cup is due to a number of reasons. One is the choice to host it in winter due to the hot temperatures of the hosting country. Indeed, Qatar's temperatures are considerably higher than other countries in the same period of the year, at an average of around 25 to 30 degrees Centigrade. It was therefore impossible to run the competition in summer with temperatures exceeding 40 degrees, making playing football risky for the athletes and their fans in the stands.

The consideration taken for the health of the participants of the competition has not been the same for the workers of construction sites, which has been one of the main sources of mass disappointment in those who organised and financed this World Cup.

Those who took part in the construction of the game’s stadiums faced environmental and logistical hostile conditions, as the construction took place in a race against the time since 2010 Doha won the call for the World Cup organisation. Despite the facilities being skillfully made from an architectural and functional point of view, from a human rights stand-point the workers were heavily neglected, resulting in 6,500 casualties - mainly migrants.

About 67% of the casualties have been natural deaths, primarily heart stoppage or respiratory insufficiency, which are unusual conditions for the healthy young men that were supposed to be on working sites.  The International Labour Organization, an agency of the United Nations which works to advance working conditions standards, blames heat stress and prolonged sun exposure for the tragic death rate.

FIFA and Qatar administration created distance from the deaths, defining them in line with the usual mortality rate among the involved communities' demographic. They assured investigations on each case of death, but the reality is substantially different.

The families of the victims are still aware of what caused the premature deaths of their loved ones, and have not received any compensation for their loss.

Furthemore, the real conditiosn haven’t been documented due to a censoring policy that denies filming in public and private places without permission. The pieces of information we do have, however, tell us about the the kafala system.

The kafala is a system used among the states of the Persian Gulf, Jordan, and Lebanon to govern the entering of migrant workers. The system works by delegating the State's responsibilities over the migrants to private entities, which have to control the employment and immigration status of these workers.

Therefore, this system creates the perfect condition for exploitation and worker abuse; indeed, the migrant workers of the World Cup were forced into dorms far away from the working site and embassy, limiting the link with locals and their routes. Despite Qatar announcing minimum wages and reform over the kafala system in 2020, international observers report only minor changes.

Therefore, this year's competition will be very controversial, as suggested by the several initiatives spreading under the "Boycott Qatar 2022" hashtag.