A macabre history of bloodsuckers - Of Vampires 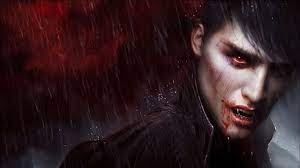 Vampires have been a part of bedtime stories for years and their image has got the most stellar transformation in history. Yes, the dapper, chiselled bad guy hasn't been this way since its conception in the streets of London. Read on to find out more about the charming species of vampires.

Getting to Know the Tribe

Vampires are as old as humans with their tales present even in prehistoric times. A vampire essentially is any being who consumes the human life fluid, blood to sustain itself. By this definition, even a mosquito can fall into the category but the tacit rule is that they have to be disgusting yet alluring at the same time. Mosquitoes certainly don't fit the bill except for the Mosquito girl from One Punch Man, that woman won us over but since she ended up as a red smear on the wall, it can be avoided. The term vampire was coined much later, before that they were known by a dozen grizzly names in different parts of the globe. The Mesopotamian Lamashtu was a creature with the head of a lion and the body of a donkey that roamed the streets at night to bite travellers. Yes, now you know the Sphinx is not the only hybrid breed in the middle east. While the Striges were just bloodthirsty birds, they might have been alluding to vultures for all we know. The Manananggal of the Philippines would sever her torso and spurt huge bat-like wings to fly. The Penanggalan, like a distant cousin to it, was a flying female head with dangling intestines. Now if you say how did the intestine end up in place of the oesophagus, fiction is non-questionable or perhaps you can see that for yourself one starry night. There are several such examples and who knows an undiscovered variety hanging around you.

When logic takes a decade off

Our modern ideal emerged in 18th century Eastern Europe where the name was given to bloodsucking creatures. The place was pretty grim at the time and was at the brink of scientific evolution, as people had no knowledge but were keen on making observations. Unsurprisingly, what could not be explained by science was passed on to the more creative option of superstition. An epidemic broke out in the place and people were curious about the cause of death. Before this dead bodies were never tampered with but since desperate times call for desperate measures, they decided to open up graves to find out more. They often found bodies that might have been alive for all the characteristics they were showing. They had long hair and nails, bloated bellies and most disturbingly blood at the corner of their mouths. So the obvious conclusion was that they were alive, fed on blood and so much of it that their belly had swollen like an alligator after a meal. The brave hearts then adopted stringent means like beheading and burning at the crucifix to prevent them from getting up. These were normal symptoms of decomposition, as the tissues of the hair and skin dehydrated, they got elongated in structure. Bacteria in the stomach creates gases that fill up the stomach and push blood out through the mouth. So many bodies were dug up that the Empress of Austria prohibited grave tampering in her region. This misunderstanding caused the basis of the vampire legend.

From Grotesque to Charming

This was the time when Dark Romanticism was warming its way into the shelves of readers. Classic romanticism emphasizes emotion and individualism, with themes like love and revolution. The sub-genre of Dark Romanticism along with these traits has a fascination for the demonic and grotesque. The most memorable example of the form is Edgar Allen Poe with his Raven poetry. The Vampyre by John William Polidori brought vampires into literature and since then they haunt stories everywhere. It did not scarily portray the vampire but made the readers sympathise with the character. Then debuted the most nerve chilling vampire novel, Carmilla by Sheridan Le Fanu. This bold attempt floored all, where the female vampire was a lesbian who sucks blood from young girls to satisfy herself. Such a plot seems astonishing even today, imagine the reaction it must have drawn a century and a half ago. This acted as the precursor of the world-famous Dracula by Bram Stoker. The novel made the Asian folk shudder at the name of Transylvania while before its publication, the town was virtually unheard of. This particular vampire is hands down the most famous one, but it was neither the first such character nor the most popular of his time. If it wasn't for a twist of fate, his existence would have been shrouded in obscurity forever.

The Dracula Tale and More

He had included local rumours of using garlic to defend oneself and the staking of the heart while inventing new details like the fear of crucifix, weakness by sunlight and the vampire's inability to see his reflection. Even with all these efforts, the novel received a lukewarm reaction and gained fame only posthumously. In 1992, German Studio adapted the novel into the classic silent film, Nosferatu. A critical copyright battle ensued where Stoker's widow emerged victoriously and the studio died on the field (was sued to bankruptcy). The stage version was signed over to Hamilton Deane and it is to his credit and the legendary actor Bèla Lugosi, that Dracula reached its peak. Since then there has been a plethora of literature on vampires like Dead Until Dark, Guilty Pleasures, The Historian, Salem's Lot, The Beautiful, Blue Bloods et cetera. The more known ones are series like Vampire Diaries, Vampire Academy and the Stephanie Meyer novella, Twilight. Ian Somerhalder's career has skyrocketed from the day he played the flamboyant Damon Salvatore in the Vampire Diaries. The character resonated with the Genl Z audience and great lines like, "When people see good they expect good and I don't want to live up to anyone's expectations."

Till here the vampires look like dark and seductive guys which were good enough for vampire readers but there is also a sickly sweet category of teen romance vampire novels. Yes, that's twilight with the pale perfect Edward Cullen using his supernatural abilities on the mammoth task of climbing a teenager's bedroom to watch her sleep (I wouldn't dare suggest, it's perverse). The vampires have traversed a long way from being nightmares to book boyfriends and their magnificence ought to be celebrated on days other than Halloween.

Ukrainian Crisis in a Historical Light