AI and Capabilities of Future Prediction 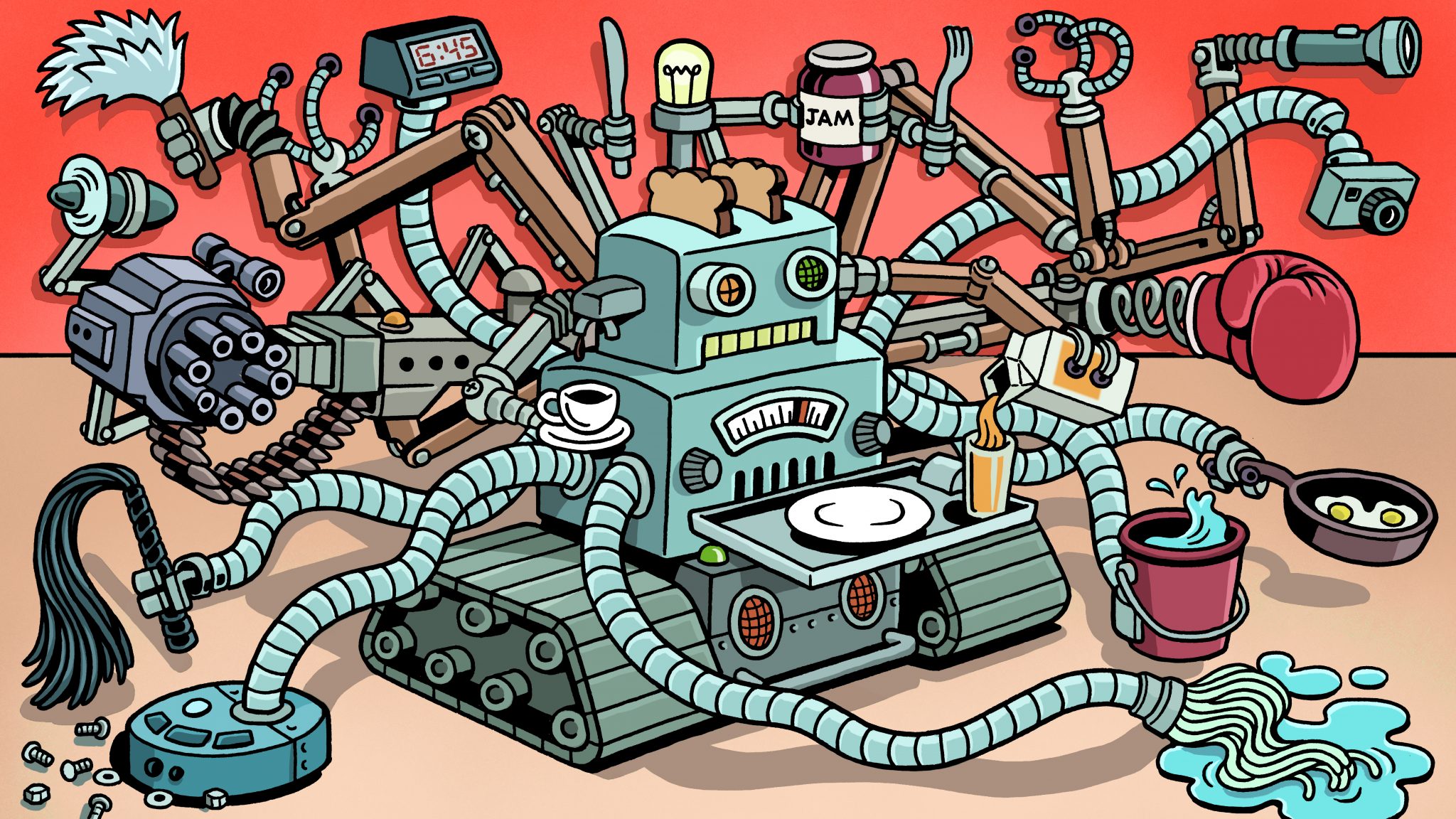 Future climate change may be decisive for the development of AI-based technologies—the agricultural sphere is already actively using them. In conditions where it will be difficult for people to work during the day, AI programs based on fundamental models can come in handy. This applies not only to the ground but also to aerial drones endowed with a network of sensors and detectors. Both can interact with each other and exchange information thanks to the fundamental laws of AI.

One thing to discuss is the long-term calculations for systems that have many variables. For the prediction systems, the work is hard. It seems appropriate to involve AI-based technologies in fundamental models (FM). The development of AI-based technology with a new FM modeling approach is a recent step forward in information processing, and establishing feedback in the "human-task-AI-result" system. A challenge for humans will be predicting weather changes and crop capacity based on the available information due to constant temperature and other climatic fluctuations.

To understand these events scientists have already managed the term "transformational adaptation.” The modern climate of the planet is as a whole and partly uncontrolled. These climate change subsystems are now suitable as a stable unit of measurement for forecasting occurrences in other fields as pollution has reached such limits. The same applies to the production of alternative energy or most industrial processes. Future energy production should shift toward alternative sources, however, doing so will be exceedingly difficult due to climate change. Therefore, the presence of several energy sources in one individual production can optimize processes and reduce costs. For example, a combination of solar, wind, and local nuclear energy. Businesses or residential areas can thrive at various times of the year and day under a variety of weather circumstances. Thanks to the presence of sensors all this work will allow the ability of AI to make predictions.

The emergence of AI-based technologies will lead to the daily growth of information in geometric progression. It will demand a lot of energy to store and process such a large amount of data. The creation of such models in the future will face some theoretical problems. Some of these problems are purely logical, others are technical problems that scientists will have to overcome in the future.

1. When we transfer characteristics from human to AI brains during modeling, a challenge arises because of how many elements of the qualities are dispersed around. We perceive and process a lot, but a correctly modeled AI is capable of more. A person is not capable of realizing all the information as it is an evolutionary mechanism of preservation for the brain.

2. Human sensations are limited, but AI is not. However, the AI properties are calculated for limited sensations. A person models it after themself, but we will see that it is capable of more.

3. Modeling must replicate the functions of the human brain. Otherwise, we will not understand how AI works and how to influence it. This way of anthropocentric modeling gives AI returns a sense of control. Specifically referring to a circumstance in which scientists do not completely comprehend what self-learning AI is capable of. AI as a "human" model will be easy to control. The owners should protect them from outside influence.

The involvement of AI-based programs in creating, storing, and analyzing information will be crucial in the future; AI programs will send feedback to themselves. Feedback takes the form of accelerated database analysis and energy usage optimization. The more optimal the results will be, the better AI will work in the future. The best course of action is to use as little alternative energy as possible.

We can predict changes, but the ability to predict relies on building the events model—mathematical or not. Modeling can’t cover an entire amount of data. One cannot be certain that subjective experiences and states can be described in this system, even if they are admitted to be possible—to describe all the data. To do this, it is necessary to have a sufficient amount of data to predict the development of events in the future with some degree of probability. This extrapolation is an analogy. We apply this analogy to figure out future interactions based on past ones. However, when the system has several factors for the changes it is acceptable. Making it possible to predict the system behavior with the probability n+1, where n is several factors while 1 may act as an unforeseen factor.

The modern world has already proved that it is more than just a set of factors and events. Here, the sum of the parts is greater than the whole, for instance, a phenomenon of altruism in human society. This phenomenon may apply to these objectives but cannot be supported politically or economically. The procedure possesses enormous potential and "human funds." The forecast based on it is almost impossible. Altruism relies on faith in the symbolic necessities which lead to actual actions. This phenomenon is hard to control.

What if the system's n+1 components all change? In the opposite scenario, all variables in the system whose future behavior we are attempting to predict are stable, save one. Let's call it factor h; this unpredictability—which we cannot predict—is a real factor. As an illustration, consider the interaction between autonomous AI and the human mind. Do not disregard how they both responded to one another.

The future is a system. We should consider the future as a complex of n+1+h, where 1 is an unknown factor and may not exist. The h-factor exists, but we are not yet able to describe it. There is no past data. Therefore, the conclusion by using an analogy for predicting the behavior of a system with an h-factor is not appropriate. We can create computer and quantum models for prediction by constantly changing the unknown parameter. When the usefulness of such a model is shown only after its verification by experience, we will then need to cause a lot of them. The main point is that at random or not, the h-factor and its active participants do not accept one of these models as a model for action. A situation may arise when a false theory becomes true. For example, the idea of ancient thinkers that the Earth is flat, all astronomical and geometric calculations of the starry sky and the earth's plane were carried out. The situation was presented when the calculations themselves were based on actually correct arithmetic, geometric data, and observational results turned out to be confirmation that the Earth is flat!

The uncertainty of the h-factor leads to potential AI risks in the application of these algorithms. For example, in the fight against the global economic crisis and its components, researchers have identified several possible n+1+h factors. Here “1” is precisely an indicator that was affected by the uncertain h-factor. The wheel spinning in pursuit of seconds pushes further and further possible, but necessary changes. The wheel keeps turning, pushing feasible but required adjustments farther and farther. The "wheel," "round" technological paradigm of contemporary science continues to apply to the expansion of space technology and the potential of genetic engineering.

What can this type of technology do? Perhaps transform Mars into another Earth— or prolong life for many years to overtake seconds. Mars is doomed to have the Earth's fate as it is the basis of technology. Even in the case of success, as we see, it is the same technology but the methods of its implementation have become more advanced.

The accumulation of material wealth by vast masses of people, as well as the economic development of the regions, will eventually lead to an increase in the number of people who want to have a modern car equipped with an electric engine and not an internal combustion engine. Or the number of people capable of paying for current medical treatments due to aging and different gerontological programs will increase. However, as it builds up (all is acquired), this course of global society growth would ultimately lead to humanity's extinction. Even hypothetical Mars colonies won't be able to serve as the steam valve that stops the unit from building up too much pressure and exploding.