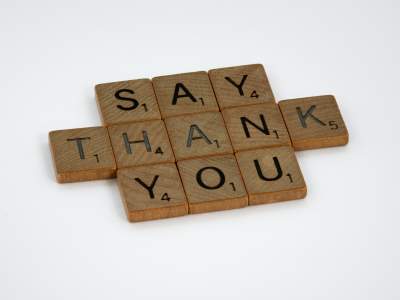 Being polite is useful. It helps to make good impressions on yourself and establish trust relationships easily as politeness tends to be seen as a sign of showing respect. However, what does “politeness” mean? Is your “politeness” being same as others? It could be different from country to country. Therefore, the attitude you thought being polite could bring good outcome, but also but outcome in different cultures.

The exploration of politeness began with the “politeness theory” which loped in the 1970s and 1980s. Politeness theory is based on the idea that there are positive face and negative face. Positive face is an individual’s desire to maintain a positive self-image in a social context. A negative face is an individual’s need for freedom to make their own decision. In a positive face, the speaker’s goal is to fill the listener’s need. Speakers can use slang or jokes to show they are in the same cultural group, or to get more agreements in the conversation, they may use a white lie, token agreement, a pseudo-agreement, or hedging an opinion.  Plus, telling complements is another way. In negative face, the speakers with freedom in making decisions. The speaker tries not to influence the listener. They try not to assume, or not to force the listener to do something (Universal Class).

Different cultures have different politeness. For example, in Sweden, people need to keep an appropriate distance from each other, and they do not touch each other friendly. Similarly, in Japan, people prefer keeping some distance and in conversation, they prefer questions and answers with vagueness than direct ones. In Korea, space between people is more important.

Because of this different politeness, when speakers or listeners do not know other’s cultures, it could cause misunderstanding. If you do not have a proper understanding of others’ cultures and do spend any effort to try to understand the reason for others’ behavior, you may have wrong impressions of others. This could be the reason for bias.

Here are more examples of the relationship between being polite and feeling distance.

When you say thank you

Moreover, in a family, people do not say thank you, but this does not mean they are rude. This means they think they are helping each other naturally. According to a study, people who speak English or Italy are more likely to say thank you while Ecuadorians who speak Cha’palaa never said thank you after others help them with following their requests. Even the people who speak English or Italy say thank you seven in one time when they know each other well (AAP, 2018). Therefore, sometimes saying thank you so much in close relations could make others feel distant.

When you say sorry

Though in some situations, the person who can apologize for their mistakes can be seen as humble and polite person, saying sorry too much could make others think you are less important. Saying too much sorry makes others think that you lack confidence, and you also could lose self-confidence. Plus, apologizing sometimes is expected to be forgiven, so people could feel tired to hear sorry a lot. Though saying sorry from your heart, knowing what you did wrong helps to repair your relations with others, you need to know why you are saying sorry clearly before you say it (John, 2019).

Even the usual things, saying thank you or sorry, that every culture has could bring different impressions. Does your politeness was like any culture above? There is no doubt that being seen as polite is beneficial to make good relations with others. So, hope this article helps you to understand different ways of being seen as polite and helps you to make better relations with others by being polite in their way.