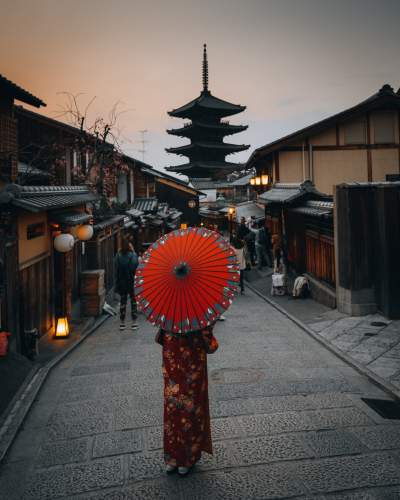 Japan is one of the unique countries in the world. It keeps attracting many visitors and tourists. Punctuality and politeness are the main aspects of Japanese. How and why are Japanese people being punctual and polite? In this article, we will see some of the main concepts behind them.

First, Japanese people are punctual. There is an incident that represents it. In 2017, when a train left the station 20 seconds early, the rail company apologized for it (BBC). Trains rarely leave the station early, and lately, in Japan. By JR EAST, which is the largest of the Japanese railway companies, with 17 million uses and more than one million trains run.

In JR EAST, the average delay is less than one minute (Mediarail.be). People are taught to act ten minutes before - "juppun mae koudou." Estimating something happens, such as a train delay or loss in a way, they work ten minutes early. Especially when you are in a low position, you need to arrive before the higher position people. When you meet with clients, you need to be there before clients do (Ryoko, 2019).

However, their punctuality does not apply to work environments. For example, the meetings do not always end on time.

Usually, people present themselves as they want to be seen. Arriving at the place before the decided time and never being late is one of "impression management." However, at the end of meetings, they prioritize relationships of trust with other members over punctuality (Abdalla, 2018). This tendency is one of the reasons for the overwork problem in Japan. The word "karoshi - death from overwork" driven from Japan." It is normal to take the last train home every night" for Japanese people. In 2018, only 52.4% of workers took paid leave. They do not accept paid leave so often because of "guilt" (Danielle, 2020).

Another interesting concept in Japan is "uchi and soto." Uchi (内) means inside, and Soto (外) means outside. Uchi (内) means the close people. This could be family, friends, school, university, or company, where they belong. Soto (外) means outside of Uchi, such as clients, foreigners, etc. Because of this concept, the people living in Japan but from abroad (Soto) are kept being regarded as outsiders (Maria, 2018). Uchi and Soto are always opposite. Since people feel more distance from people within "Soto," they tend to use polite Japanese, though they use humble terms to the people within "Uchi."

Though Japanese customer services are well-known as high hospitality, their hospitality comes from this "Uchi and Soto" concept. Therefore, it does not mean the Japanese are trying to be friends. They are being polite to people from "Soto" as it is (Yumi, 2014). Plus, though Japanese people are well-known as polite, it could depend on the situation. For example, the Japanese do not say thank you in a case. Usually, they do not say thank you to the people working, and sometimes Japanese can be rude to them (Oona, 2020). High hospitality is taken for granted in Japan because it is natural to be polite and show respect to the people from "Soto," so not everyone is thankful for that.

The next exciting concept is "Honne and Tatemae." Honne is what they think, which is shared with only close people (within Uchi). On the other hand, Tatemae is the thing they say to others (from Soto) to keep harmony, which does not always mean they think. Usually, Tatemae is used because they put priority on how others' feelings over truth. This is the key in Japanese society to keep harmony and respect. However, the differences between Honne and Tatemae are even more difficult for Japanese people.

Mainly when the Japanese use their ae expressions to people from abroad, which could cause misunderstandings (Jobs in Japan, 2021). For example, when the Japanese say "well, I'm sorry but....", they want to say something opposite. They use "sorry" as cushion words before denying; therefore, in some cases, even if they say sorry, they are not apologizing. Plus, sometimes Japanese use "thank you" as a phrase to end a conversation or meeting. When they say "thank you" at the end of something, that does not always mean they are grateful but want to end it (2017). 和

The last exciting concept I introduce here is Wa (和) - harmony. All concepts above are used to maintain this harmony, Wa. This Wa could slightly be different from the meaning of harmony. Wa means "not doing anything that causes friction or upsets people or nature. On the other hand, it encourages actively doing things that sustain peaceful, cooperative, and harmonious relationships" (Land OF THE RISING SON, 2020). This Wa was driven by the Japanese environment and geographical aspects, which have many natural disasters such as typhoons, earthquakes, volcanoes, etc. Because of this environment, people need to be harmonized with others and nature. The Japanese tend not to say "no" directly to maintain harmony in the conversation. They prefer to use "maybe" often. They commit many words such as subjects or objects when it is obvious to give space to others to interpret the conversation (Azumi, 2020).

As we see, the Japanese have punctuality and politeness because of Japan's nature and unique environment. It would be difficult for people who are not living in Japan to understand those complex concepts behind their behaviors but knowing and imagining could help your understanding of them.

Thank you! Thank you so much for reading this article and for your patience in trying to understand Japanese concepts. I'm sorry that Japanese ideas are complex; I hope you appreciate those.