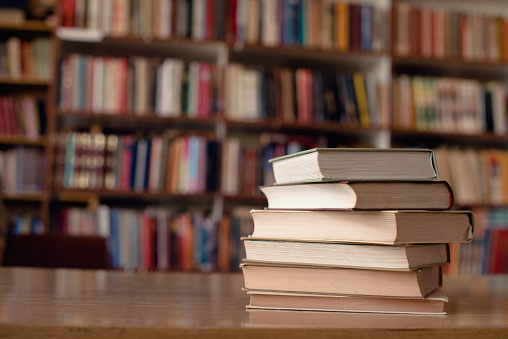 There is a long list of books that are banned in schools and certain states. The reasons vary from explicit sexual content, racism, homophobia, etc. Even the indication of any of these themes could get a book on this list of banned literature. However, some books stick out more than others when it joins this group of prohibited readings.

The Hate U Give

Aside from being a critically acclaimed film released in 2018 and led by actor Amanda Stenberg, the novel by Angie Thomas, “The Hate U Give” is both realistic and relatable to teens of color. Specifically black teens in America. It captures the emotional aftermath of a black girl who witnessed her friend die at the hands of police brutality. In between, we read about the struggles of our female black lead, Starr Carter, as she tries to maneuver through a predominantly white private school. Going through what is essentially an identity crisis. She feels like she doesn’t fit in any community. Neither black nor white. A struggle many teens may feel as if they may be in Starr’s shoes.

We see all the ups and downs of her life since the fateful night her childhood friend, Khalil, was shot dead. Her having to give a witness statement in a courtroom full of people. The cop getting released on a technicality. And her childhood friends insinuate she isn’t black enough, while her private school friend, Hailey Grant, refuses to acknowledge her blackness while being extremely insensitive and racist. Starr is constantly caught in the middle.

This book spreads awareness of a systemic problem that the United States has. And the effects that it has on its citizens. Ranges from children to teens to adults. Something that shouldn’t be hidden from the youth because it’s still an ongoing issue.

This classic Stephen King story is a horror/thriller on the surface with the super-powered protagonist and whatnot. Although, it can be seen as a tale about bullying. Carrie only lashes out in the end because of how poorly she was treated by everyone around her. Started with her mother. Her mother mistreated and misunderstood her because she could not bear that her daughter was a bastard. So she forced her to pray and to do things “by the lord.”  Whatever sins committed would be forgiven if they prayed and begged enough. Shun every idea of womanhood. Periods were a sin, breasts were a sin. She meant to shield Carrie from the world, which she did.

In addition to her mother bullying her at home, the girls at her school are brutal. Instead of explaining what a period was to Carrie, they chastised her for not knowing what it was. She was petrified at the fact that she was seeing so much blood. And the schoolgirls did nothing but point and laugh. On the top, throw tampons at her.

The moral of this story could be to treat people with kindness. To understand them instead of judging them. One never knows what someone is going through or living with. And it’s something everyone can learn.

This story by Lowis Lowry is the definition of a “what if” story. It’s a dystopia, and “imagine that” all in one. What if we never saw things in color? Or had an unchanging routine? What if we couldn’t truly feel anything? And just think about never seeing your child. You carry them, you birth them, but you never get to hold them or raise them. Those are all the experiences the novel's lead, Jonas, goes through. He sees the color of his friend Fiona's hair for the first time. The first time he had ever seen the color red. He experiences pain, which is almost impossible to feel in this community. Things that are normal to us on a day-to-day basis.

The spin of this book could be that any government can easily deceive or sway you. That several things can be hidden from their people. Make them believe something that isn’t necessarily true. Or have a cruel idea of what is fair and just.

The Catcher in the Rye

This story by J.D. Salinger is very controversial and has since been banned from schools in the United States. There are themes of violence, prostitution, and cursing. So it’s no wonder why this decision was made. However, aside from those “distasteful” topics, Holden can still be seen as a somewhat relatable teen. While his family is wealthy and he is white, he still feels a lot of the pressure that normal teenage boys go through. The pressure to do well in school and just not feeling or having the drive to do so thus led to his expulsion. The pressure of wanting to fit in. The ever-so-popular theme of when a teen should be having sex and the struggle of dealing with grief or missing someone who has passed.

He feels this pressure throughout the whole book. He even pays a sex worker with the little bit of money he has with him, intending to lose his virginity. But he understandably gets nervous and is depressed over the thought of his deceased brother, who died of leukemia three years before. He never really recovers after he loses his dear brother. And that’s something many people may be able to relate to.

Despite all the controversies and criticism, each book has gotten, each story has at least one redeeming quality. Something that gives it depth and can reach the reader in some way, shape, or form. Something that humanizes the characters and makes them feel more real, in a sense. And what the reader can take away from the story is what matters. What they learn or how they feel when it’s all said and done. That is what matters.