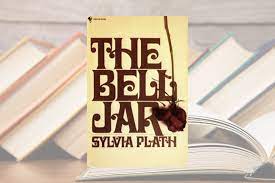 Authors usually make a name for themselves through consistent work and the creation of multiple pieces of writing. However, sometimes, you try something out and it doesn’t quite fit with your style, so you simply don’t try it again. Despite not knowing the reasons why an author only writes one novel, it is fun to find out which ones did. The novels listed below are considered highly praised classics and it is quite hard to believe that these authors only engaged with prose writing once. Furthermore, it has to be said the title of this article is slightly deceiving as the writers in the list did not only write one novel and never wrote again: most of them experimented with other forms of literature such as poetry and plays and found their passion elsewhere.

Emily Brontë published Wuthering Heights in 1847 originally under her pen name “Ellis Bell” (a recurring theme amongst the female authors on this list). The novel follows the recollections of a housekeeper who lived in a manor close to Wuthering heights from the perspective of a guest who is writing down what he can remember of the story the housekeeper told. The main plot follows Catherine and Heathcliff’s relationship while holding a gothic undertone throughout. After its initial release, many were conflicted with the novel as the Atlas Review referred to it as a ‘strange, inartistic story.’

Brontë’s journey as a novelist was cut short due to illness and subsequent death as it is rumoured, she was writing a second novel when she passed. The manuscript has never been found, however, so there is no information as to what she could have been working on. Some of her other works include a poetry collection published with her two sisters, Charlotte and Anne under their male pen names. The collection was called Poems by Currer, Ellis, and Acton Bell and did not garner much attention when first published.

This is Sylvia Plath’s only novel. Published in 1963 under the pseudonym “Victoria Lucas”, Plath’s first and only novel is a semi-autobiographical story of a woman’s descent into madness which partially mirrors Plath’s struggles with mental illness. The author committed suicide shortly after the book was first published so she was unable to see the fruitfulness of her work as it is now considered one of the 100 most inspiring books according to BBC News and had a film adaptation released in 1979.

Aside from her singular novel, the author also has a long list of poems, her first collections being the Colossus and other poems, published in 1960. Before this, she had poems published in several newspapers and she wrote for multiple magazines. The rest of the works published under Plath’s name were posthumous (after death) and consisted of snippets of possible novels and other poems the author never had the chance to publish herself.

The Catcher in the Rye

One of J.D. Salinger’s most popular works, The Catcher in the Rye was published in 1951 and narrated from the point of view of seventeen-year-old Holden Caulfield. Holden has a lot of opinions, and he is not afraid to share them. The novel follows the main character as he simply navigates his day-to-day, touching on topics of identity, sex, belonging, loneliness, and depression, amongst others. The novel remains popular to this day with over 1 million copies being sold every year as mentioned in an article by Jonathan Yardley.

In addition, multiple attempts have been made towards adapting the novel for the screen but after issues with previous adaptations of his work, Salinger remained guarded when it came to giving the rights to his novels. As of now, there are no adaptations or plans to make adaptations in the near future.

The Picture of Dorian Gray

Published in 1890, Wilde’s novel revolves around a young man named Dorian who, through the corruption of the aristocrat Lord Henry, sells his soul in exchange for eternal youth. The novel was significantly controversial as it alludes to multiple characters being homosexual, suicide, and drug use. The genres it is usually associated with are gothic, philosophical fiction, and moral fantasy.

One of the reasons this author was unable to write any more novels is because The Picture of Dorian Gray was the final straw in a long list of accusations against Wilde. The homoerotic themes the book suggests and mildly depicts were much more intense in previous versions and Wilde had to significantly edit and redact parts of his masterpiece. Despite complying with the changes demanded, Oscar Wilde was trialed with indecency and sentenced to two years in prison, after which he went into exile and died of meningitis three years after his release.

To Kill a Mockingbird

A classic of modern American literature, this novel was published in 1960 and is loosely based on Lee’s life and the way she perceived her family, friends, neighbours, and the events that happened when she was 10. The main characters are Scout and Jem whose father is defending a black man against a false accusation of rape. The book is not only praised for its hard-hitting topics but also for its light-hearted ones such as the comedy that can be found within the novel as well as the harsh depictions of racism and sexual abuse.

The author very clearly explained why she would not be writing any more novels in a Telegraph article from 2011: “Two reasons: one I wouldn’t go through the pressure and publicity I went through with To Kill a Mockingbird, for any amount of money. Second, I have said what I wanted to say, and I will not say it again.” After the publication of To Kill a Mockingbird, in 2015 there was another book published under Harper Lee’s name, however, don’t be fooled. Despite it being originally marketed as a sequel to Lee’s only novel, it turned out to be a first draft of To Kill a Mockingbird as both novels share multiple similar if not identical passages.

The important thing about these authors is not the number of novels or literary pieces they have produced but rather the impact that the ones they have in fact published have had on people and literature as a whole. Every author mentioned in this list has made a name for themselves, regardless of how many books, poems or plays they have published.

Why Not Give Up On Reading?