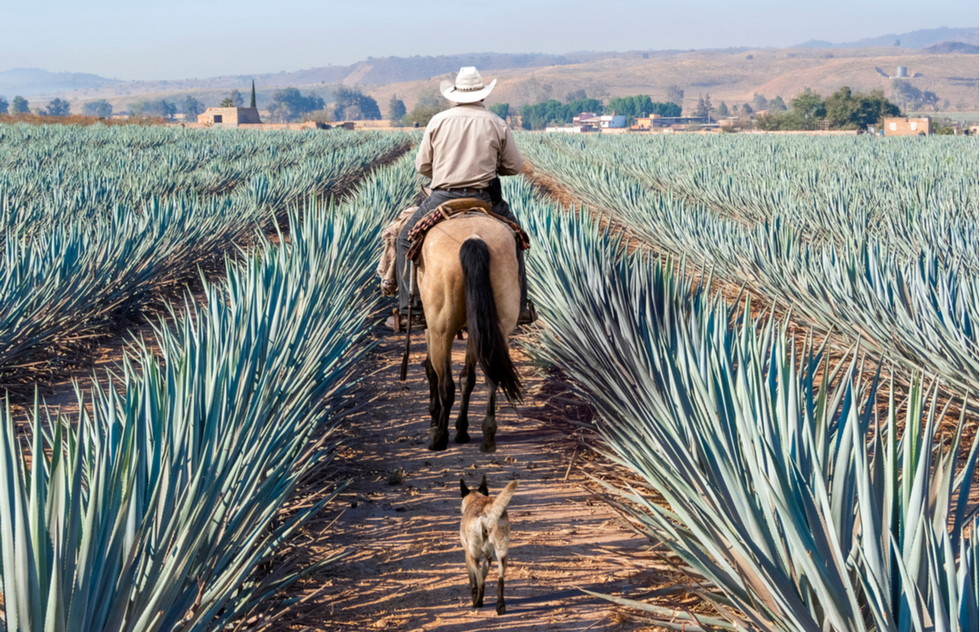 Photo courtesy of The Bartender Company

Mexico’s tourism economy has undergone unsustainable changes since COVID-19 with many southern states resorting to an export-based model. Mezcal has become an essential product for Mexico’s everchanging economy. Mezcal is an alcoholic drink made from roasted and fermented agave plants and is often compared to tequila. Its name derives from the Nahuatl word mexcalli [meti translates to ‘agave’ and ixca translates ‘to bake’]. The process in creating this traditional drink can take up to a week, with agave plants taking years to develop.

The production of mezcal begins with its harvest. According to Mezcalitas, “leaves are removed from the piña or pit of the agave [and] are often left in the fields for a few days before being removed.” Following harvest, the pit is placed within earthly pit ovens and covered to seal in the heat. Other states utilize different methods, but nonetheless perfect a slow roast. The roasted pit is then automated or manually crushed to release its juice. The remaining pit fibers are translated into tanks to begin the fermentation process.

The fermentation process is a critical step. According to Mezcalitas, “water is [usually] added, and then the mosto (pit fibers) [are] left in an open-air environment so that wild yeasts in the air can kick start the fermentation process.” The final product can take up to a week to develop depending on the climate. Different climates result in different flavors among states.

The state most synonymous with mezcal is Oaxaca. According to The Daily Meal, “Oaxaca is considered the official home of mezcal, as it produces 60 percent of the country’s mezcal.” Oaxaca developed mezcal 400 years ago upon replicating Spanish distillation techniques. Spanish resources ran out, leading to the use of agave for liquor production. Today, Oaxaca develops 11 types of agaves. According to The Daily Meal, “[this] includes quishe, pasmo, tepestate, tobala, espadin, largo, pulque, blanco, ciereago, and mexicano.” Other southern states have also turned to mezcal production. Including San Luis Potosi, Michoacan, Jalisco, Durango, Morelos, Nuevo Leon, Oaxaca, Tamaulipas, and Zacatecas.

Nevertheless, the state of Durango has become a leading contender in the production of mezcal. According to the Mexico Daily News, “In 2018…larger vinatas (distilleries) and others formed the Durango Mezcal Cluster. Their primary focus is to promote the formalization of mezcal-making…by promoting to new markets.” The Durango Mezcal Cluster is now the largest mezcal producer in Durango, an appealing aspect for tourists.

The popularity of mezcal is evident within Mexico, with attraction starting to increase outside the country. According to Overproof, “it is expected that mezcal sales will increase 18% by 2022, reaching $840 million.” Export levels are steadily increasing in the United States and Japan. Mezcal continues to attract tourists and remains an important aspect in salvaging Mexico’s economy.