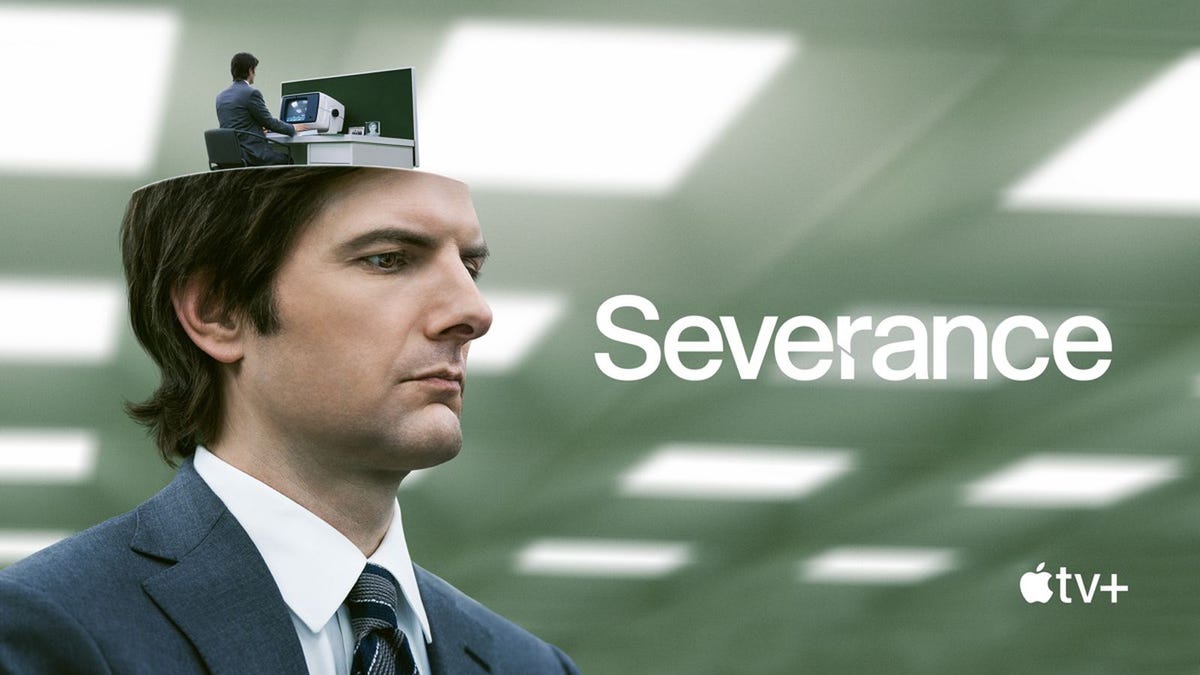 If there is still a desire in your subconscious to rebel, you will become a large beetle. Although the result will be a lonely death, at least for a few moments before you die, you escape the chains imposed on you and die in a state of freedom.

Apple TV's Severance escalates the alienation of the Kafka-era object-man, creating a new horror: it is you who voluntarily enslaves you. This series premiered in the US in February this year and has generated a huge buzz.

This is a collection of many forms of horror in one. There is the Hitchcockian horror of schizophrenia; there is the relentless deprivation of humanity by the brutal management style of a large modern corporation. There is also the weightlessness of a person's sanity and control weakened when their physical time is confused and the power of their subconscious mind is aroused. The situation is like a dream, in which the person feels overwhelmingly powerful, but also has difficulty thinking logically, so their thinking is frequently interrupted and their steps are difficult.

They voluntarily undergo the "severance" brain surgery invented by the company Lumen, where they are "transformed" daily in the company's lift. When they are in the company, they have only common sense and knowledge, and no personal memories; when they leave the company, they forget everything about the company and have only memories of their personal lives. In MDR, their job is to pick out the numbers that bring a particular feeling from a screen full of numbers and put them into one of four sorting buckets. They are taught that this is a "mysterious and important job". Although everyone has their theories, no one can prove them.

The series is very occult in its numbers (4 and 9), colours (black/white, blue/green), graphics (cool corporate overhead shots of sliced brains), symmetry (everywhere), brainwashing and so on. It could have been a cult film without the technological elements. The ambition of the Egan family, who founded Lumen, is also very old - to have the power to create life and destroy it, like God. Brain science is at the heart of this technology company. They do the devil's work, playing with people's brains and teaching them to war within.

The devil's offer of sweets is quite tempting, as Ta promises that the person who accepts severance will have his or her slave. This slave will go to work instead of you and take on all the "negative" experiences. The default premise is that the person with the primary personality (i.e. not going to work) is a human being. The secondary personality that is sent to work is not a human being, but a slave with the status of a chattel. No matter how unpleasant it is to go to work, the slave is "sent" to work day after day by the master personality, which has the power to decide.

The consequences of being deprived of personal history and leisure time are terrible. The paraprofessionals in the office have no experience of rest or personal life, and the question of " Who Am I" grows into doubt. When a person enters a state of fragmentation, he either starts to find himself or sooner or later goes mad, there is hardly a third possibility. Those who "never leave the company" are incredibly docile. They can be considered mad, their master personality completely consumed by their secondary personality, and from then on there is no private life, no sleep, only work.

There are still two obstacles to the technical maturity of Loumont's severance: the subconscious and love. The people in the office retain common sense, knowledge, subconsciousness and love, although they do not remember their lives outside work at all. The first two are intentional to the technology, the latter two seem like unresolved bugs and necessary for the story to go on: a prerequisite for awakening.

Is a clone a human being? What about simulacra? Science fiction constantly discusses these questions intending to raise alarm. When humans, for whatever reason, accept that a certain form of human can be treated as anything other than human, this has opened up an invisible alienation of the self. Then, once Pandora's Box is opened, humans who think they can benefit from technology may also be sealed in a cycle of terror.

The concept of Severance is not a rare one. The characters' motivations for undergoing severance are also unconvincing and rather superficial. It is hard to imagine that Mark, who teaches history at the university, would voluntarily accept self-separation because the loss of his wife's memory is too painful, in exchange for a mere eight-hour period of "forgetting his wife" that the master is unaware of every day? Does he not understand that a life without memory is a life that does not exist and that a so-called 'double life' would deprive life of the length and depth that it should have. This is not fair to either the 'outie' (the master personality) or the 'innie' (the secondary personality in the company).

What makes this series special is the representation of mankind's self-imposed enslavement. Science fiction often goes straight to a time when the technological revolution is complete and social forms and classes are frozen in place and starts the story against the backdrop of that moment. What is more difficult to portray, and more prophetic, is not just the development of technology itself, which cannot be easily judged as good or bad, but often the social and psychological changes it brings about. Why do people not enjoy the advantages and conveniences of technological progress, but always choose its opposite, that is, to use it to satisfy their selfish desires, and thus perish?

One commenter said: When you don't think "your" freedom has been violated, will you still protect what "you" think is free? I think this is a question that everyone needs to think about.