The Path Towards Transitioning: ‘It Has Completely Changed My Life’ 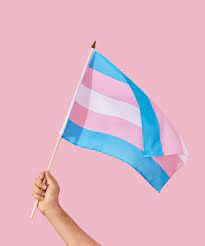 Last year, the Juno and Inception star Elliott Page gave an interview to Oprah Winfrey, in which he stated: “I want people to know that not only has it been life-changing for me, I do believe it is life-saving, and it’s the case for so many people.”

What Page was referring to with this statement was how he felt, as a trans male, after having his top surgery done. As more and more people come out as transgender, it is essential to understand the transition process and what it means to people with gender dysphoria.

Trans people tend to feel discomfort with their bodies from a young age. Alfie Charles Ive-Day, a trans male, said looking back on it, he probably realised he wasn’t comfortable with his physical body at the age of eight after he began trying to urinate standing up because that’s what the boys did.

However, it wasn’t until he was 12 that he understood what being transgender meant. “I didn’t know trans was a thing when I was a kid, so I just thought there was something wrong with me,” he said. “And then there was a subject at school about it because one of the kids had just come out, and everyone was picking on them, so we had this big sit-down assembly about what trans people are – and that’s when I realised it about myself.”

Meanwhile, Elliott Plumridge, who is also a trans male, said he came out as transgender at 16, although he thinks he knew deep down before that but “just completely denied it” at the time.

The period between realising one is trans and coming out to people about it can often be a while, as it takes time to process. There is sometimes a fear of how others will react to the news, particularly regarding family.

Alfie said he didn’t fully come out to everyone until he was 21, which is a whole nine years after he realised he was trans. In both his and Elliott’s case, they came out to friends first before telling their families.

Alfie said he came out to his family in quite an insensitive way. During the same conversation in which he told them he was trans, he also told them he was moving away (from Portugal to England) in 30 days. He barely gave them 24 hours to process it before announcing it on Facebook. But he said he went about it in this manner because he couldn’t physically hold it in anymore.

In an exaggerated voice and with a sarcastic grin, he said: “If I wasn’t so selfish and gave them time and did it in a nicer way, it probably wouldn’t have taken them as long to come around to it.” He said they are fine with it now, though.

Meanwhile, Elliott said that after he came out to his friends, he told his teacher about being trans because he wanted to get his name changed at school, but to do that, he needed his parents’ permission.

He said: “So that night I told my mum and younger brother. I really poorly told them, basically telling them I didn’t identify as a boy or a girl, making the next few years exceptionally difficult. My mum made me come out to my dad straight away, which I didn’t want to do as we already had a very strained relationship at the time. My parents then basically ignored it and refused to let me change my name at school.”

It was only once Elliott went to university that his family began to accept him. “We’ve been working towards a stronger relationship, and the relationship I have now with my parents is the best it has ever been,” he said.

For trans people to begin the process of transitioning, they have to be assessed by a doctor and then formally diagnosed as having gender dysphoria. Once that is done, blood tests need to be sent off, and paperwork filled in before they can start the hormone treatment.

This may sound like it should be a straightforward process just like any other; you get diagnosed, you take blood tests, you get a prescription, and finally, you pick up your prescription. However, unless you can afford to go privately, the waiting times on the NHS for people wanting to transition are immense. The most recent statistics provided by the NHS Gender Identity Clinic show that, in May of this year, there were 11,407 people on their waiting list.

Elliott said he went to his doctor in 2015 to be put on the child’s waiting list – because he was under 17 at the time – for the Gender Identity Clinic. But by the time he got seen, he was almost 17, and because of that, the people at the clinic said they couldn’t do anything for him and would have to fast-track him to the adult waiting list instead.

“However, they didn’t do that,” Elliott said. “I went months hearing nothing, then found out I wasn’t on any list and had to re-apply by myself. It wasn’t until October 2018 that I had my first proper consultation, where they assessed me and said that I clearly displayed all the standard signs of gender dysphoria and recommended I begin taking testosterone if I wanted to.”

Meanwhile, Alfie went privately from the beginning of his transition, using an online doctor called Gender GP. He went through the same procedure as Elliott regarding getting his hormone treatment, but it was much faster.

He also tried to go down the road of getting the treatment through the NHS at the same time, but once again, the waiting times were inconceivably long for someone who needs this transition to feel like they belong to themselves.

“I got a referral from my GP for Leeds Gender Identity Service, and I got a letter back about four months later from the clinic saying I’d been denied because my GP referred me without even asking me any questions or discussing it with me,” said Alfie.

He then went to a different doctor at his GP surgery, who this time asked the appropriate questions before sending off the referral to the Gender Identity Clinic. The clinic then called him back six months later.

After such negative experiences with the NHS, both Alfie and Elliott ended up raising funds through the support of friends, family, and GoFundMe to get their top surgeries done privately.

Elliot said: “Through the unbelievable support of friends, I managed to fundraise over a third of the £8,000 costs, and then I took out a loan from my family to cover the rest, as well as using the money I had saved up.”

He inquired about his top surgery in August 2020 and had his surgery in January 2021. “The relief and utter amazement at how my body better reflects who I am will never go away,” he marvelled. “It has completely changed my life, and frankly, there isn’t a way to accurately describe how it feels to someone who hasn’t had it.”

Alfie expressed a similar sentiment and said he was happier for having it done after the nightmare of wearing binders all the time, which he said have left lasting physical damage. He received his top surgery last month in Poland, as it was a few grand cheaper than he could get it done in the UK.

Alfie and Elliott said they were lucky to have been able to go privately with their transition because so many trans people out there can’t afford this luxury, and it can have grievous – if not fatal – effects on them mentally.

“Because the NHS waiting list is so long, they’re possibly going to be gone before their time comes, because, statistically, the difference between (trans) people that are on hormones compared to those that aren’t who commit suicide is drastic,” said Alfie.

At the end of the day, as Alfie also pointed out, transitioning isn’t something trans people want; it’s something they need. We’re talking about people’s lives here, which is why opening up a conversation about the process of transitioning is so crucial.