Where is Karnataka state politics heading? 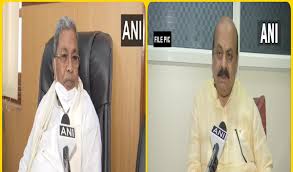 Leaders of BJP and Congress are already eyeing the Chief Ministerial candidate and are brainstorming to succeed in their aim.

Loyalists of former Karnataka Chief Minister Siddaramaiah are planning to celebrate his 75th birthday on August 3 as ‘Amrit Mahotsav’ at Davangere, which seems to have made a doubt on the Congress workers, who the chief minister candidate should be.

Mr. Siddaramaiah’s loyalists are already busy organising colossal public meetings in an attempt to project him as the chief ministerial candidate. Many political analysts and others closely associated with the Congress party in the state say the grand birthday party organised by the loyalist of the veteran Congress leader is the ploy of Siddaramaiah to attain the CM pretender in 2023 assembly elections.

The birthday event that is on August 3 would be a clear-cut message to the Karnataka Pradesh Congress Committee (KPCC) president D.K Shivakumar, who is also an aspirant for the top post. Denying party tickets to those loyal to Siddaramaiah could prove costly and this may result in a split in the party. The upcoming carousal has already made some murmurs within the party.

Albeit, Mr. Siddaramaiah defended himself on the plans of his supporters in celebrating his birthday party by pointing out that the former Chief Minister B.S Yediyurappa of the BJP too had celebrated his birthday grandly. He also stated that the aim of the bash is also to showcase the contributions of his government from 2013 to 2018.

A few months back, the All India Congress Committee general secretary in charge of Karnataka, Randeep Singh Surjewala asserted that the party will choose the Chief Minister at an appropriate time and all the Congress leaders will fight the polls in a united manner.

As of now, there is a rift between MR. Siddaramaiah and Mr. Shivakumar. It is a talk inside the party itself by letting everyone know they are natural suitors to the top post.

What is Bharatiya Janata Party’s plan of action?

We cannot witness any shadow boxing between any political leaders from the ruling party side for the chief ministerial candidate position. Unlike the Congress party, the BJP has tight-lipped the talks and discussions happening inside the party to any media.

As of now, Basawaraj Bommai is said to be the ideal candidate for the top post if the BJP wraps up the 2023 assembly elections by gaining maximum seats. The former Chief Minister and the party’s one senior leader B.S Yediyurappa have already announced his retirement from electoral politics. The veteran has already decided to place his second son,

B.Y Vijayendra from Shikaripur, which he had held eight times, in the next assembly elections. But how the party will treat the senior leader’s corcodent announcement.

Yediyurappa has already requested the voters of Shikaripur to support his son in the same way they supported him. But only time will tell all the rifts and tricks happening inside of each party.