Why are People Still In Prison On Marijuana Charges? 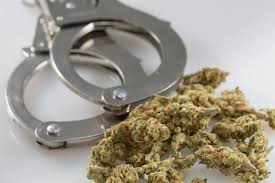 Can we talk about marijuana and its sudden legalization throughout 40 of the 50 States, with 21 only allowing medical use? I saw a business card today for Ethos Dispensary, and their tagline read “Tattle on us.” Confusion was swirling in my mind, and I found myself reading it a couple of times, thinking how privileged one must be to use these words to attract business without caring about consequences. In bigger states like Texas, Black people were “six times more likely than Whites to get arrested for possession in 2010,” and even while White people “make up more than 60% of the U.S population,” 84% of people who are convicted for Marijuana possession are People Of Color (Rivers, 2020). There are people incarcerated for a business being run like any other. It’s no surprise that dispensaries are placed in wealthy White areas. Nor is it a surprise that most of their customers are White. It was a shock to learn that dispensaries are no different from supermarkets. People walk around, pick out what they want, check it out, and go about their day. As we consume from supermarkets, buying marijuana has become normalized and righteous, while Black people in poor neighborhoods are continuously targeted as convicts for handling it. The sudden legalization of marijuana as millions have been incarcerated for decades reveals the ignorance that perpetuates racism in the U.S.

Over 80% of people incarcerated are those Of Color. At the same time, White businesses are comfortable and secure enough to market with slogans like “tattle on us.” Cities around the country unfolded how exciting the legalization of marijuana may be for some people since they can make a little extra to fend for themselves by selling it. Weed vending trucks down every block as people openly stand in corners initiating different ways to benefit from marijuana, just like dispensary businesses do. Now I ask; if we allow White people the privilege to build an empire of millions from merchandising marijuana, why do we question free the Black women and men whom the system is punishing for doing the same? To some, it’s easy to distinguish the translucent racism that is subtlety instilled in this nation’s justice system.

In contrast, others may miss it because they stand at a more privileged level in our nation's hierarchy. Millions of People Of Color are suffering under the commission of marijuana. Now that it is legalized, it’s important to advocate for those doing time in punishment under the system, especially those whom it has been proven to root against. Black incarcerated prisoners deserve the right to freedom and the ability to merchandise their marijuana dealing business the same way Ethos dispensary does without punishment or regulation. The system must do better at teaching to look past race and promote equality.

The European Union to Approve Law on Minimum Wage