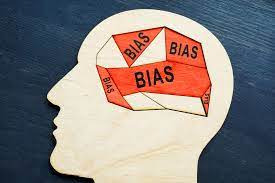 What is Familiarity Bias?

Tradition can play an important role in our feelings towards a subject. Whether it is a belief, custom, or rule, having a history with a subject can contribute to our affinity for it. It is what we have learned, practiced, and know. This type of background can make it difficult for us to waver in our opinions.

The attitude of “open-mindedness” is more difficult in practice than in theory, as when a thought is repeatedly processed, it becomes ingrained in us. We then begin to hold a bias toward this subject and seek evidence that reaffirms the opinion we have towards it. This bias can be referred to as the psychological term, familiarity bias. As described by the Wall Street adage, “invest in what you know”, familiarity bias causes individuals to prefer what is familiar to them and avoid the unknown. We create an echo chamber in our heads, taking in ideas that support our beliefs, but blocking out those that could change them.

It is crucial to recognize why we may be more inclined to believe something so that we can more thoughtfully observe and weigh new opinions on subjects.

Bias Should Not Equal Support

While it is psychologically preferable to reaffirm our beliefs, this should not be the grounds to do so. Biases are not an excuse to believe something, but a reason to further question our beliefs. By recognizing that we have biases, we can become more aware of the ways they can skew our perceptions. To make the most out of learning new things, we must understand our biases, and attempt to look beyond them. It may be difficult to truly consider perspectives that disagree with our own, but fully understanding other opinions aids in the validity we hold in ours. Working to think objectively is the only way to hold an opinion that reflects all of the facts, rather than what we’d like to believe.

There are numerous reasons why beliefs grounded in past affirmation can be flawed. First and foremost, is that history is riddled with false knowledge. Many beliefs that were commonly taken for facts have been disproved. As society grows, we learn new things that we did not understand in the past. To adapt to these new beliefs means we must understand that our prior beliefs may be based on less developed knowledge.

When discoveries come forth, they often highlight the falseness of our previous beliefs. Because current knowledge is often more reliable than past sources, how a source has aged should be considered when questioning the validity behind our beliefs. If we believe something consistently emphasized by our past sources, are these past sources still reliable? Or is new information, likely to be more relevant, contradictory to these past lessons?

Emotional experience can additionally play a key role in how we regard subjects. Due to psychological factors such as nostalgia, we may view subjects in a less realistic light. For example, returning to Disney Land as an adult can be disappointing. Although you enjoyed it as a child, it no longer holds the same appeal you thought it would. This is because nostalgia often causes the brain to view past subjects with predominantly positive emotions, an important part of psychological resistance. Like Disney World, we regard many of our past experiences, thoughts, and beliefs, with certain recognition that may not translate to at-hand versions of those subjects. Consequently, it is important to consider the impact of biases in creating flawed perceptions.

Although change goes against what our brains are wired to prefer, contemplating change is necessary. Our perceptions often reflect biases that cloud the accuracy of our beliefs. By recognizing these biases, and reminding ourselves how they may impact our thinking, we become closer to finding the truth. To truly be the controller of our brains we must consider more than what we would like to consider.