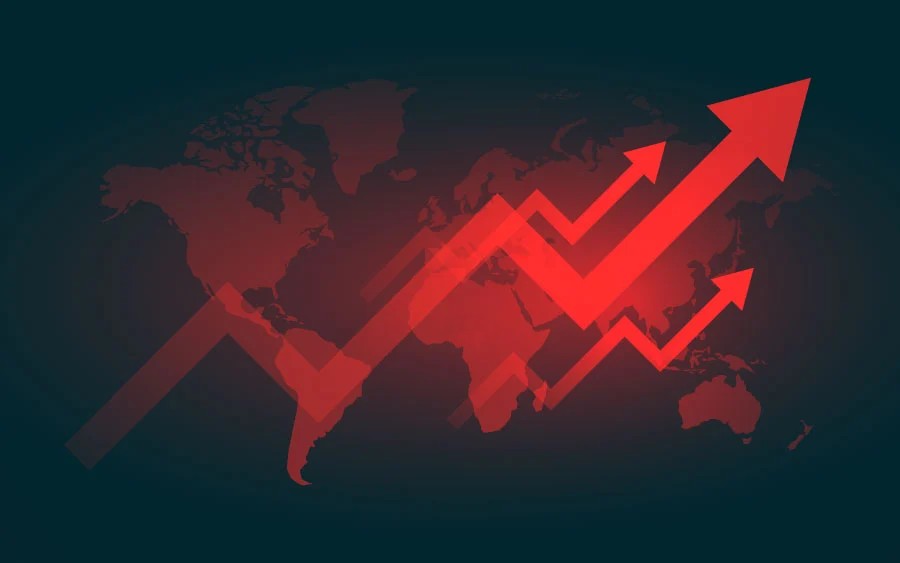 Inflation, price hikes, fuel and food shortages, interest rates surge, and recession were global household terms for the first half of 2022 as the world battles the second wave of an economic crisis after the COVID-19 pandemic, mainly owing to The Russia-Ukraine war.

What is the situation right now?

The Bureau of Labor Statistics indicates that prices have hit an all-time high as it records an 8.6% hike in the Consumer Price Index (CPI) in May, the largest 12-month increase since December 1981.

The CPI, which measures the changes in prices paid by consumers for goods and services, shows a rise in housing and mortgaging by 3.9%, gas prices also climbed to 4.1%, and food production costs have increased by 10%, with energy costs up 34.6% in the last month.

WTO Director-General Ngozi Okonjo-Iweala said that the Russian-Ukraine war is held responsible for the rapid increase in the price of basic amenities. She stated that smaller supplies and higher food prices mean that the world's poor could be forced to do without necessary basic amenities, which can be prevented.

The WTO warns that the invasion of Ukraine by Russia has created human suffering and is damaging global trade which will impact low-income countries the most, forecasting a drop in merchandise trade by 1.7% in its Trade Forecast 2022-2023

This move had caused major economies to rely on China for export. However, China has implemented strict economic policies, against food, energy, and fertilizer export to fight back against the lingering COVID-19 spread among its cities, and stabilize its CPI.

China's factory-gate inflation cooled to its slowest pace in 14 months in May, depressed by weak demand for steel, aluminium, and other critical industrial commodities due to tight COVID-19 curbs and bucking the global trend of rapidly accelerating prices, reported Reuters.

The situation is not very different in other parts of the world as Germany and the UK face food and fuel rates inflate.

How are income earners affected?

Asides from queuing for long hours at gas stations and dreading supermarkets because of high prices, it is reported that consumers may have to pay more to borrow money. This is particularly tough on low-income workers whose wages, though increased by 5.2%, cannot keep up with the growing inflation.

Financial leaders have advised income earners to save more money than they spend, and pay off debts in preparation for uncertain economic fluctuations.

'With the backdrop of rising rates and future economic uncertainty, consumers should be taking specific steps to stabilize their finances — including paying down debt, especially costly credit card and other variable rate debt, and increasing savings' said Greg McBride, Chief Financial Analyst at Bankrate.

How are global leaders responding?

'All members are concerned about the crisis we are confronting – falling growth rates in some countries, rising inflation, shortages of raw materials, and supply chain disruption – these aren't small challenges…We must also share responsibility, but I’m very confident that we will succeed in tackling it through the summit’s decisive actions' German Chancellor Olaf Scholz said in the global economy session at this year's annual G7 summit.

He also stated that he is in communication with President Joe Biden, as Germany and the U.S collaborate in international support of Ukraine’s security to bring an end to the Russia-Ukraine war.

President Biden stated in an official Twitter post in June that fighting inflation is his top economic priority. 'By reducing health care costs, fixing supply chains, and making housing more affordable, we're creating an economy that works for everyone' he stated.

Prior to this, the Federal Reserve had increased its benchmark interest rates in the country by 0.75%, its highest since 1994. It says the increase is a plan to nip high inflation in the bud. Financial Analysts explain that the Fed uses interest rates as a brake on the economy to control inflation.

Dong Lijuan, the Senior Statistician at China’s National Bureau of Statistics, said that government policies to stabilise prices had helped to lower commodity costs, with prices in the coal mining and washing industry falling 8.3% and prices in the oil extraction and refining sectors falling by 8.3 and 4% respectively, compared with results in May.

In Germany, the inflation in groceries has reached an all-time high of 18%. DekaBank Chief Economist Ulrich Kater told the Reuters news agency that he did not see any sustained price easing soon.

Kater said 'We have to reckon with inflation rates around 7% through the end of the year in Germany'.

As inflation rates continue to peak towards stagflation, global economies prepare for a predicted deterioration before a decline. We are expected to see changes in the second part of 2022 as international collaboration strengthens and the Russia-Ukraine war climaxes.