The Collapse of the High Street: how the pandemic transformed consumer behaviour 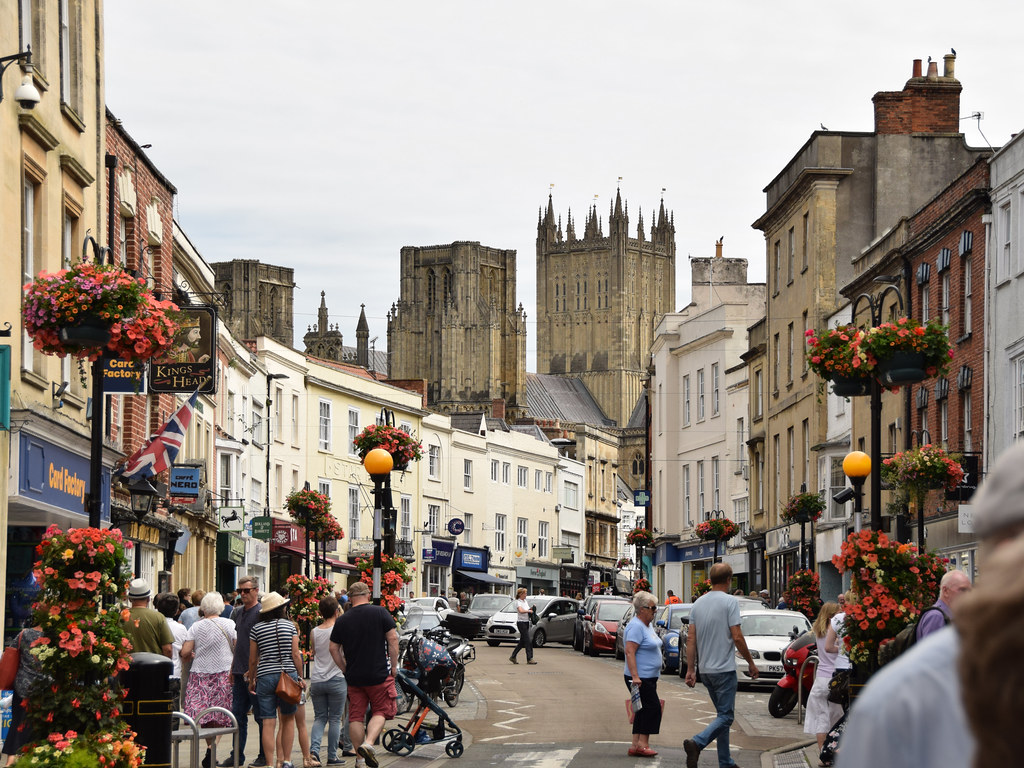 The Covid-19 pandemic altered life as we know it for almost two years, and many sectors are still in recovery. One of these is the retail sector. However, the statistics from the last decade show that High Street retailing in the United Kingdom was already in decline before the pandemic. The enforced closure of non-essential shops in the Spring and Summer of 2020 exacerbated this decline, and many stores never re-opened, leaving many once-bustling high streets looking deserted and neglected. With these closures, there was a dramatic shift to online shopping. As early as July 2020, statisticians were predicting that an additional £4.5 billion would be made from UK online sales. Will the High Street ever recover? Or has the pandemic caused a pre-mature death to this historically championed structure?

The basic configuration of the High Street has been around in the UK for centuries. Following the Great Fire of London in 1666, the city was rebuilt and streets restructured at the same time. Shops were then certified to trade in the main street, or ‘high street’, partly to allow regulation of the retail trade and also to avoid back-streets becoming congested. These ‘high streets’ were designed with larger carriageways and buildings to avoid those smaller streets from becoming overcrowded. Then, in the 17th century, there was a rapid growth in the number of High Streets following a surge in consumer expenditure during the Consumer Revolution (1600-1750). This peaked in the Victorian era with the Industrial Revolution and an unprecedented rate of urbanisation. It then remained a popular custom until the modern era.

Since the mid-20th century, the High Street has faced many threats and had to constantly adapt to changing circumstances. This included managing to survive the pressure placed upon them when out-of-town shopping centres became all the rage. However, high street shopping has been in decline since the early 21st century with technological expansion and the growth of online retailing. Many businesses have collapsed, and hundreds of thousands of jobs have been lost, including the closure of Woolworths in 2008, and Toys R Us in 2018. Nevertheless, the High Street’s demise was certainly not on the immediate horizon until the world was turned upside down at the start of 2020.

Figures, originally gathered from Office for National Statistics, from autumn 2020 show some enlightening trends which explain much about how the pandemic has affected the UK’s High Street business. A good majority of the stores found on the High Street are non-essential shops, such as clothing and household goods. These stores were forced to closed during the lockdowns. At the height of the restrictions, in April 2020, retail sales fell by a quarter compared with pre-pandemic levels. While overall sales then began to bounce back in the autumn once restrictions eased, in-store sales remained down by 10%. In comparison, online sales remained up by nearly a half on levels at the start of the year. As seen in the graph, the proportion of total online sales was up significantly from March to August 2020 compared to the previous year.

The sale of non-essential items online more than doubled during the pandemic period. Interestingly, data shows that those stores based exclusively online plateaued, whereas those who moved their focus from physical stores to online witnessed a huge boost in sales. As a result of the growing popularity of online shopping, the demand for warehouse space has dramatically increased, with pressure doubling over the past decade

This, however, did not mean that the retail sector, particularly clothing stores, survived the pandemic unharmed. These stores were the worst hit in the sector, with sales down by around 80% at the height of the pandemic. They were also slow to recover, as physical stores were severely affected by social distancing and closed changing rooms. This loss of income played a huge role in the decisions of many companies to close their physical stores on the High Street while they recouped their losses, focusing their money on their online business and stores in purpose-built shopping centres. For example, Thornton’s, a chocolate company, decided that once restrictions were lifted it would not reopen its stores and focus on its online presence. Other businesses such as Topshop and Debenhams were a hot topic in the news as they entered administration as a result of the pandemic. According to ParcelHero, by 2030 around 100,000, or half, of physical stores will no longer be in use.

When looking at these figures, it is, therefore, no surprise that the UK’s High Street dynamic has been dramatically altered since the pandemic: hundreds upon hundreds of once bustling independent, family-run businesses and chain store shops now lie empty. But the great majority of people have not stopped shopping. They have just shifted from buying their goods in-store to their dining room tables, just like many have done for their jobs. Although it may be sad to see the end of a staple of British culture for so many decades, the pandemic and the move to online shopping have illustrated the buoyancy and adaptability of the retail industry to move with the times.

Our Shared Story: The Lockdown, Change and More.