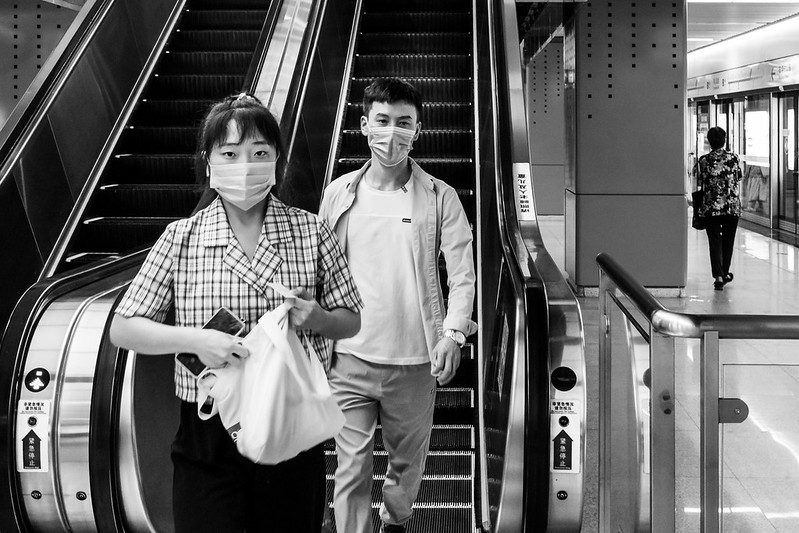 After nearly three long years of living with Covid-19, much of the world has learned to accept the coronavirus as an undefeatable presence, and to continue with pre-pandemic daily life as best as possible. For these countries, dealing with the severe economic impacts of the pandemic, not the pandemic itself, has taken top priority. But there is one country - its authoritarian government in control of one of the largest economies in the world - that remains adamant about wiping out the virus from its population of 1.45 billion.

Yes - 33 months after the coronavirus was first discovered in the Chinese city of Wuhan, this gigantic country is still under President Xi Jinping’s signature ‘Zero-Covid’ policy. This means that all cities and towns that experience a rise in Covid cases enter a state of complete lockdown as people are forced to stay at home and most public buildings and travel facilities are shut down. Unfortunately, China is showing no sign of relenting either. At noon on September 1, officials announced a complete lockdown of Chengdu after a mere 157 new cases were reported in one day amongst its population of 21.2 million. Not only has this decision, the latest among a stream of similar ones taken by the Chinese government, caused exasperation and concern amongst non-Chinese onlookers, but it has finally also begun to stir real dissent within the confines of the impregnable country itself.

I, like many others, felt compelled to ask an important question after learning about Chengdu’s current situation: when will Xi lift China’s Zero-Covid policy?

When the announcement came that Chengdu would enter an indefinite period of lockdown starting from 6 pm the same day, the megacity’s residents were immediately shocked into furious action. Pictures posted by citizens on China’s biggest social media platform Weibo, show empty aisles in supermarkets, people moving shoulder to shoulder in a mass rush to sweep necessities from shops, and even motorbikers hauling animal carcasses home on the back of their tiny vehicles to prepare for the lockdown. With the apparent hustle and bustle and overcrowdedness portrayed in photos like these, you wouldn’t be able to tell that the scenes depicted were taken in a city gripped by an infectious and deadly virus.

Indeed, Chengdu seemed to be slowly coming out of its shell until the life-changing announcement was made. Chengdu health official Fan Shuangfeng blamed swimming pools as a significant source of the recent outbreaks. At the same time, the Disease Prevention and Control Department has found more than 20 chains of transmission since August 12. This sounds scary and unforgivable coming from the officials’ use of statistical and formal lingo, but we should look past the numbers and the causal logic. All this really shows are Chengdu residents flocking to the water to cool off from the sweltering summer heat and people mingling and interacting with each other to have as much fun as they can despite the ever-present threat of Covid.

It seems that for ordinary Chinese citizens, Covid-19 has become a hurdle that they have learned to leap over, an irritation that they have become desensitized to, an obstacle they have overcome in all but name, just like the rest of the world. Despite warnings from higher-ups to remain vigilant against the spread of the coronavirus, Chengdu people have prioritized the resumption of ‘normal’ life over obeying government instructions. Only the authoritarian government in Beijing remains paranoid, afraid of even the slightest rise in case numbers.

In this light, we can interpret the people’s frantic rush to secure necessities and other items in the hours before the implementation of the lockdown not as a reaction to the Covid-19 scare but against the lockdown itself. In other words, people stay home merely to follow the rules instead of as a natural precaution against the pandemic. If the latter was the case, would we see outbreaks and transmissions in the city’s swimming pools?

The plight of ‘Tropical Forest’: lockdown warnings construed as “provocative comments” by officials

Another critical point in Chengdu’s story provides compelling evidence that the people fear the Zero-Covid policy more than they fear Covid. I want to turn now to the detainment and punishment of WeChat user ‘Tropical Forest,’ whose crime was to leak news of the impending lockdown to the public online.

On August 29th (Monday), Chengdu resident ‘Tropical Forest’ said in a group chat in the country’s most used messaging app that city authorities would be discussing the imposition of a 7-day minimum lockdown on the city in a meeting later that day. Screenshots of the user’s messages were quickly leaked onto Weibo, where the tag ‘Tropical Forest’ quickly garnered over 3.5 million searches and rose to second on the page’s list of trending searches. The resulting clearance of shops and supermarkets became known as the ‘829 Tropical Forest Shopping Festival’.

However, just as the public swiftly began shopping for as many items as possible, the authorities were equally rapid in silencing ‘Tropical Forest.’ The WeChat user was first to inform the city that they had been caught, ranting on the group chat hours later that officials had detained them because of the leaking of their messages to the general public. ‘Tropical Forest’ told group chat members that “There is no use in explaining [myself]” and blamed their wrongful incrimination on the fact that “many people took my messages out of context.” Despite the resident’s online protests, however, Chengdu police released a statement the next day stating that a WeChat user surnamed She would be detained for 15 days and fined 1,000 yuan for “picking quarrels and provoking trouble” by posting “provocative comments.”

Let me remind you that less than two days later, the Chengdu authorities officially announced the commencement of a city-wide lockdown, thus sending 21 million residents into a much greater panic than what ‘Tropical Forest’ achieved. Punishing She for provoking trouble over the very thing that the government then actualized is truly a paradox, an action that makes little sense to most of us, I’m sure. Little wonder, then, that other Chinese citizens are taking to Weibo to question the sentencing of ‘Tropical Forest,’ who has been dubbed a ‘hero’ for their selfless actions.

If the Chinese government is supposed to be the center from which the country’s residents receive instructions to fight off the coronavirus, why are so many online users now standing on the side of the supposed criminal?

Perhaps it is because many Chinese people no longer fear the virus and increasingly feel that Xi’s Zero-Covid response is unnecessarily harsh. Firstly, if people had been on constant alert for Covid-19 risks in line with Xi’s Zero-Covid policy, it seems reasonable to assume that they would be much more prepared for potential lockdowns and, therefore, would not be frightened by the rumors started by Tropical Forest. More importantly, however, I believe that the government’s overreaction to Covid-19 has made its citizens warier of the reactionary policies than the pandemic itself. Many online users have become so irritated that they have chosen to speak out against the regime’s anti-Covid actions, albeit anonymously.

But it is not just scattered individuals voicing their dissatisfaction with the Zero-Covid policy. On Sunday, Chinese think tank The Anbound Research Centre issued a report titled “Preventing the risk of the economic stall should be the priority task,” They argued that China’s severe restrictions on travel, industry, and trade must change to prevent a looming economic stagnation. According to The Guardian the report listed the US, Europe, and Japan as examples of large economies recovering after easing Covid restrictions. It said China should “focus on economic recovery and gradually integrate with the world.”

Indeed, the Anbound Research Centre has legitimate reasons to worry about the Chinese economy. National economic growth sank to 2.5% in the first half of 2022, less than half the expected target of 5.5%, after major industrial cities like Shanghai and Shenzhen entered lockdown mode this year. We must also keep in mind that even the government’s growth target of 5.5% shows how genuinely devastating an impact Covid has had on one of the world’s most important economies.

Despite the much-needed calls for reflection, however, the Anbound Research Centre’s report was taken down from Weibo and WeChat on Monday afternoon. The higher-ups were not happy with criticism against Xi’s Zero-Covid take, even when it had come from a respected institution that had served the Communist Party’s interests since 1993. Experts believe that Xi remains adamant about pursuing this policy to display his undiminished control over the country ahead of the 20th Chinese Communist Party congress on October 16, at which the president is expected to secure a never-before-seen third term in power.

But while most do not predict an end to Zero-Covid in the foreseeable future, The Financial Times suggests that Xi’s expected attendance of the G20 summit in Bali in November, which will be the first time the president has left the country since the beginning of the pandemic, might be a watershed event that will signal the gradual softening of restrictions. Nonetheless, as the Financial Times puts it eloquently, “the coronavirus strategy is increasingly seen as a test of the party’s legitimacy and too closely attached to Xi, the country’s most powerful leader since Mao Zedong.” Regardless of whether or not the government’s Zero-Covid attitude will change in the future, it is clear that the policy has become a show of power.

Overall, the recent lockdown of Chengdu is an alarming reminder to us all that a seventh of the world’s population remains trapped by the iron confines of Xi’s unforgiving approach to the Covid-19 pandemic at a time when we should all be finding ways to move out of the economic slump the health restrictions of the last two years have caused. The increasing voices of complaint and criticism coming from within the formidable country’s impenetrable borders tell us that the Chinese people are aware of this fact and yearn to return to everyday life, but are unable to do anything in the face of authorities that cannot even tolerate alternative opinions given by legitimate think tanks. China’s approach to Covid-19 is damaging the economy and people’s well-being, and has to be stopped as soon as possible. Zero-Covid may be efficient at suppressing transmissions and case numbers, but at what cost?