The Discourse of Fast Fashion 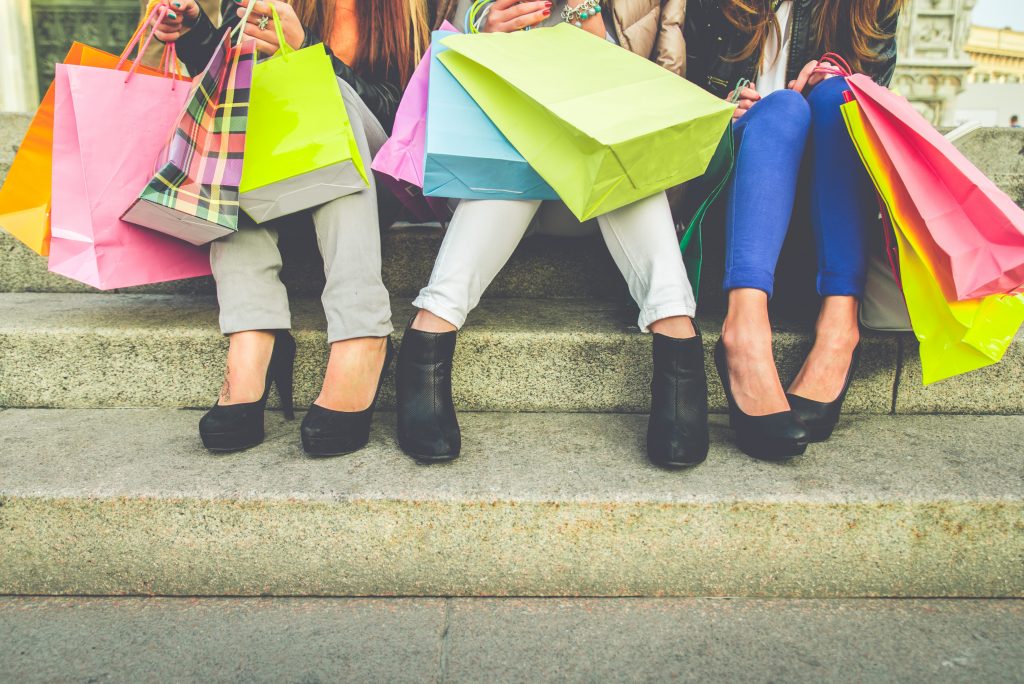 As young adults, we all tend to be updated with the new fashion trends. Dressing up nice and trendy to events and even to casually go shopping or hang out with friends and family is always so tempting. We spend tons of money on a deformed skirt or raggy pair of ripped jeans just because some well-known celebrity we like has worn it to the Met Gala and looking like them is such a confidence booster for us. We might as well travel for two hours to go Downtown and shop from the same store where Jessica bought her last night’s party tank top from.

Of course, keeping up with the fashion trends is not always cheap, but “fast fashion” has made things easier for us over the past 20 years.

If you have not heard of it before, fast fashion is defined by a profitable business model based on the mass production of imitating high-fashion designs and catwalk trends at a relatively more affordable cost. Super stylish clothes, accessories etc., are produced and sold at a low price to the buyers. They are temporary and come and go to retail stores fast to meet trends. Guess what! The same jacket you bought last month might not be existing anymore.

Fast fashion is demanding because of its reasonable price and practicality. Generally, the customer community is drawn more towards it and getting away from luxury brands, which serves the buyers’ pockets well but gradually turns down other businesses.

What if fast fashion is the business that deserves to be supported?

Fast fashion is believed to be not the environmentally friendliest. Due to the rapid production and consumption of fabric, it is possibly leading to a fabric shortage within the clothing industry in a couple of years. Youthopeian has stated that fast fashion workers struggle on a low wage, work under poor, unsafe conditions, and are threatened by chemical gases in the work environment.

The rapid production of high volumes of clothing gives the middle class this opportunity to look expensive. However, it has negatively influenced workers' lives, environment, fashion, and even consumers. Inexpensive synthetic fabric-made clothes would save your money at first and on the surface but not when you buy dozens of them because you are tempted by the low price and not when the low quality of the material sends you to buy more clothes every week.

A Peek into the history of fast fashion

According to The Good Trade, the fashion industry ran on only four seasons a year and designers would have had to be planning the designs and shows many months ahead. They had to predict the styles that customers might have liked, and hours and days of creative thinking were put into each seasonal collection. Finally, in the 1960s, a marketing campaign for paper clothes approved that the buyers were ready for fast fashion. Therefore, the industry quickened up its pace and lowered its costs, which contributed to the emergence of fast fashion.

Fast fashion brands produce about 52 “micro seasons” annually, equaling 13 times more than the old fashion industry leading to a significant amount of waste and consumption. The desirable low-quality merchandise with its mismatched buttons will be thrown away after no more than five times of wear.

Among all the fast-clothing lines, SHEIN has boldly blown up and once again, TikTok is to blame.

SHEIN is currently considered one of the most popular desirable clothing brands, and some of its signature clothes are recognizable (only for a short period). Although, there is a conspiracy discourse about its circulation on social media.

The Chine-based brand has been TikTok’s favourite subject of rumour lately. Many users have shared the tags they have found in SHEIN’s delivery packages about the workers asking for help. Employees have written phrases such as “help me” or “need your help” on the tags hoping that the customers receive them and help them out. These messages surely demonstrate that the labour force is hard to tolerate for the employees, and they are forced to work for the company unarbitrarily against their own will.

Despite all that was mentioned above, there is no evidence that the images shared from the tags of “help me” or “I have dental pain” are authentic. Instead, they might have been fake and made by the TikTok users just to be the subject of discourse. In fact, one of the “help me” messages has been proved to be the name of a product by the Chinese brand Romwe prompted by SHEIN.

The conspiracy theory of labour torture has gone so far that the company has issued a statement regarding it. It is a video stating that SHEIN has a strict code against child and forced labour and policies that take the supply chain matter seriously.

In the not too far past, there was a similar conspiracy about Wayfair, but that one also had ample evidence suggesting the violated labour force. These companies have announced that the subpar is produced under good working conditions, and no worker is obligated to work against their will. The whatsoever condition, if not the safest, is approved by each employee who applies to and signs a contract with these companies.

After all, knowing the conspiracy rumours and having the tendency to look trendy, it remains the buyer’s choice what they support and what they avoid. Every appearing buzz term creates a lot of doubts in our minds, but there is not any business in this world that is completely harmful or harmless. All of them have as many strengths as disadvantages.