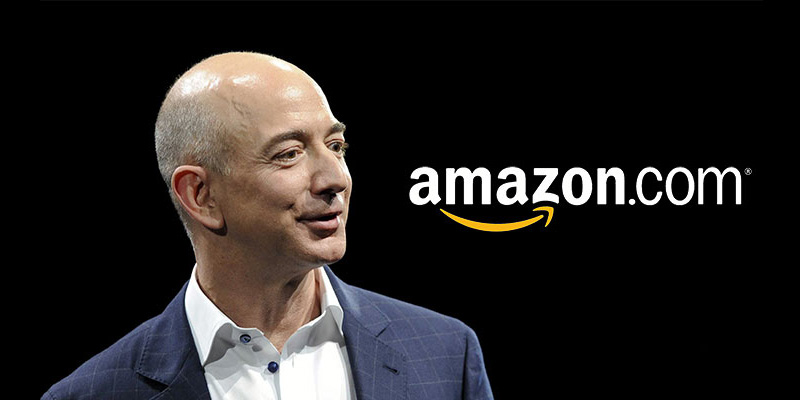 We cannot sit back and take it easy all the time, Jeffrey Preston Bezos, an American internet entrepreneur, and industrialist has proven that hard work is what you have to do if you want to achieve the rewards you seek. The renowned investor and founder of Amazon are today, according to Forbes, is the first person in history to have a net worth abounding $200 billion.

When you have to put forth hard work, then you know the rewards will be greater. Despite the Covid19 pandemic, Jeffery continues to reap the reward of his hard work. It's reported that his fortune continues to grow. It's currently grown by $24bn. His fortune is noted to have grown, due to the increase in demands from households on lockdown shopping on Amazon.

Jeff is named the "richest man in modern history in 2018, and 2020 respectively. He was given this title after his net worth increased to $150 billion in July 2018. Although his wealth rapid growth from 2016 to 2017 spurred a mixture of appraisal about how much he earns and controls.

His passion for intellectual pursuits and human investment has led him to make plans to take the human race into space, leaving many wondering; " After the moon what next?" Amazon has grown beyond selling books. It's offering many services such as cloud computing, appliances, and clothing.

Jeffery is said to have been richer than he is today if he hadn't gone through a rough divorce from his wife Mackenzie Scott. Scott and Bezos split last year in July. The divorce settlement took a whooping sum of $63 billion, which is 25% of Amazon stuck out of Bezos's coffers. The divorce settlement made Mackenzie the 14th richest person and the second richest person in the world in modern history.

Looking back on his success with Amazon, Bezos said- “All of my best decisions in business and life have been made with heart, intuition, guts — not with analysis,” Jeff said during an interview at the Economic Club Washington D.C. in 2018.

In his 2018 letter to shareholders, Jeffery noted how Amazon would have lost out on outsized discoveries. He made it clear that the analysis that leads to success is made, with instincts, intuition, taste, and the heart. These factors all led to his success.

As Jeff Bezos continues to reach more milestones, we can't help but celebrate his success. And no matter what you're doing now, or how overwhelmed you feel, never give up on your dreams.