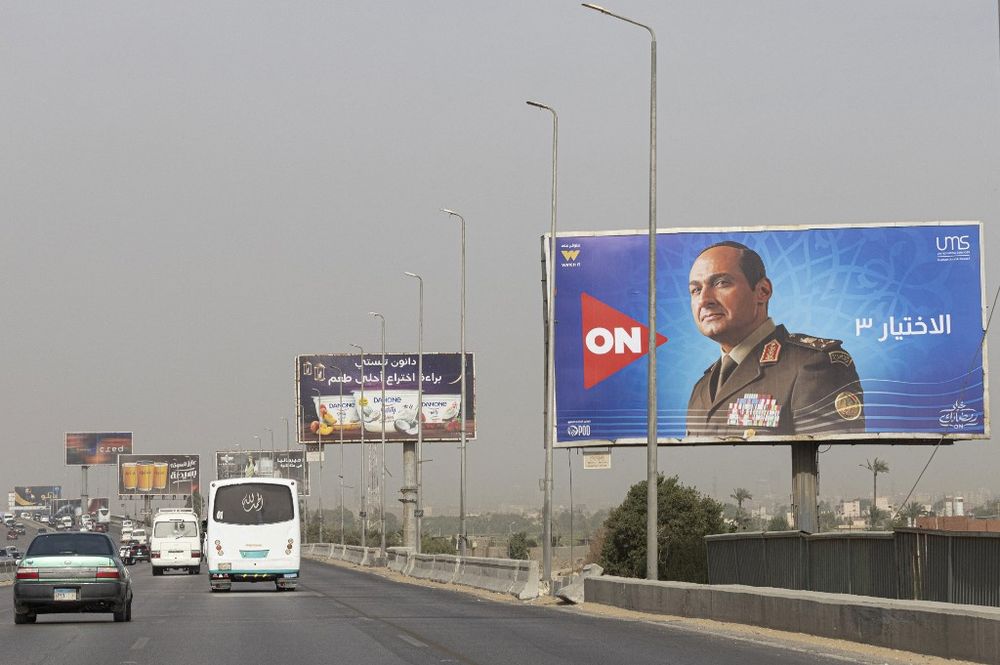 In the Arab world, Ramadan is a time of year in which new blockbuster TV shows thrive and the region's most prominent stars make their debuts on television screens globally. With each series including enough episodes to last for the whole month, families are known to watch the shows after the breaking of the fast at sunset. While typically the themes of the shows revolve around the usual entertainment of love, family disputes, historical classics, etc. Over the last two years one show, in particular, has been standing out for its ability to bring to light one of the most significant and bloodiest events in the region’s recent history, The Egyptian Revolution, and the removal of Morsi.

Al-Ikhtiyar (The Choice) is a month-long series that has been running for the past two Ramadans. However, this year in particular Al-Ikhtiyar 3 has a clear focus on the events that had escalated to the outbreak of the June 30th revolution. It depicts the events Egypt had seen in the aftermath of the January 25th revolution and the fall of Mubarak. These events had involved the rise of the Muslim Brotherhood group to power and the crises that had fallen upon the Egyptian people resulting in a state of anger towards the Muslim Brotherhood and most specifically against Mohamed Morsi.

Mohamed Morsi had risen through the ranks of the Muslim Brotherhood and had served as their president-elect. This position had allowed him to come to power in June 2012, when he had declared that he would lead a government that would serve all of Egypt. His presidency had other agendas, as he had continuously been accused of allowing extremist Islamists to be the main face of politics in Egypt. This had resulted in most of the power is in the hands of the Muslim Brotherhood. Morsi can be viewed as a cover-up face that was put in place to advocate the Muslim Brotherhood ideologies around Egypt.

The main reason Morsi had been placed into power was rooted in the need for rights and social justice in Egypt. However, those are the two main ideas he did not adhere to. Therefore, his time in the presidency was cut short as a result of protests and a military takeover, which was led by Abdel Fattah El-Sisi, who was the country’s then defence minister and is now the current president of Egypt.

In contrast to Morsi, the most current season of the show has been used to portray Sisi as a man who is bound by duty to prevent the conspiracy from prevailing any further. His character has been shaped in the form of a man who can stay calm and has a strong sense of patriotism toward his nation.

Whilst using a docudrama approach, the show puts together a retelling of Morsi’s last days in office and weaves in snippets of archived footage and leaked materials, that feature senior Muslim Brotherhood leaders, throughout the series.

Al-Ikhtiyar 3 is not a show that has merely been released to provide entertainment in families' homes during Ramadan. It is a show that has been created to reveal the real horrors Egypt had to experience under the rule of the Muslim Brotherhood and Mohamed Morsi.

Throughout the series, Egypt had been portrayed as dangerous during the revolution, as it reveals the continuous protests that had been carried out and the clear separation between those who wanted democracy and those who were in support of the ideas of the Muslim Brotherhood. Politics was a complicated topic throughout that period, as democracy was non-existent for those who wanted it.

However, it also presents the strength of the Egyptian people during the period of the revolution, as continuous groups that were opposed to the Muslim Brotherhood had been created to carry out the trajectory of June 30th. Through the coming together of the community, Mohamed Moris’s presidency was put in danger.

Therefore, Al-Ikhtiyar supplies the story of the Egyptian Revolution. It brings the story of the struggle of the people of Egypt to light in the homes of many families. Those who tune into TV series regularly during Ramadan are given the chance to hear about the real-life events that led to the anger of the Egyptian people. The creation of this show for Ramadan 2022 had allowed the Arab world to once again be reminded of one of the bloodiest events in most recent history.