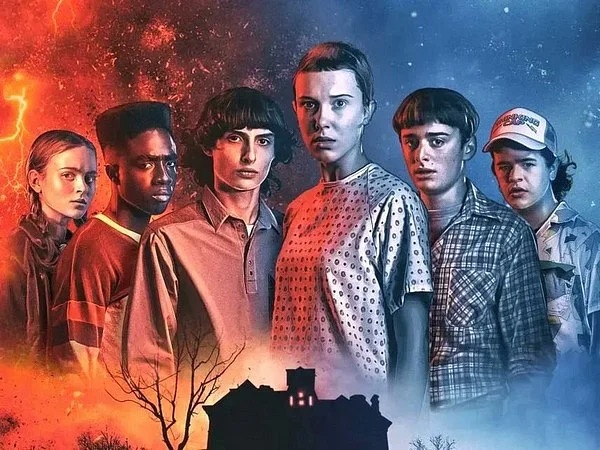 With the beloved Netflix TV show “Stranger Things” coming to an end, Netflix announced that the Duffer Brothers are working on a new spin-off series.

Stranger Things is currently in its fourth season, but will have its fifth and final season in 2024.

The brothers announced Wednesday that they have formed Upside Down Pictures, a new production company that will develop film and television projects, including a "Stranger Things" spin-off, as part of the brothers' overall deal with Netflix.

Even though the new series will be based on an original,  the brothers have yet to reveal any details on the story or characters. However, on the Happy Sad Confused podcast, the brothers said that the spin-off will be "1,000 percent different" and connected to the original show by its "storytelling sensibility," rather than its main characters.

Stranger Things entered the homes of millions in 2016 and has been a favorite when it comes to Netflix television shows with 1 billion hours of views from the public even superassing “Squid Games”. The show made another history as the second show to attain more than a billion views. Season 4 was viewed for 301.3 million hours during the June 27-July 3 viewing window.

Back in February 2022, the brothers wrote an open letter to fans not only confirming the last season of “Stranger Things”, but that they are open  to create more series that take place in the same universe.

“There are still many more exciting stories to tell within the world of Stranger Things: new mysteries, new adventures, new unexpected heroes,” they wrote. “But first, we hope that you stay with us as we finish this tale of a powerful girl named Eleven and her brave friends, of a broken police chief and a ferocious mum, of a small town called Hawkins and an alternate dimension known only as the Upside Down.”

The fourth season of “Stranger Things”is available now on Netflix .