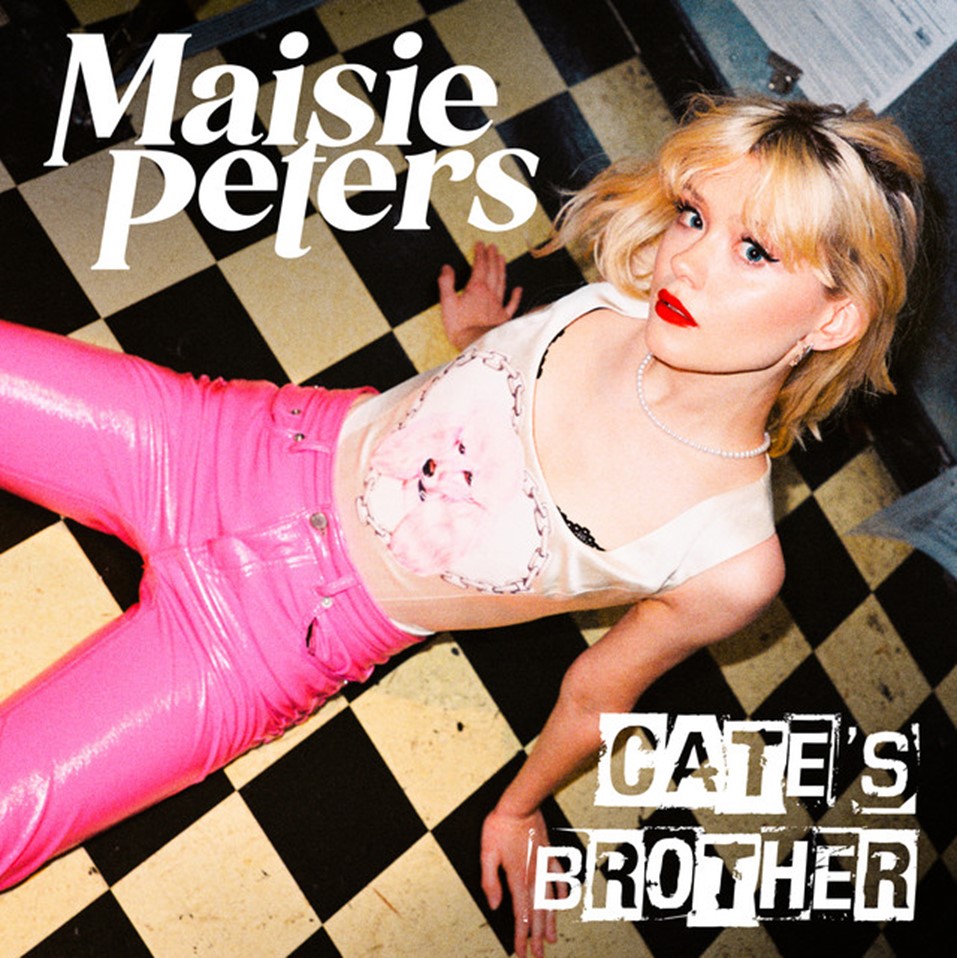 Rising British indie-pop artist Maisie Peters recently released her new single, Cate’s Brother, after leaking and teasing the song on TikTok for months. This poses two points of interest, the first being the 22-year-old singer-songwriter’s next steps after the success of her first album, You signed up for this, and how the rising popularity of short-form video app TikTok has affected or even begun to reshape the music industry.

Cate’s Brother’s sound is entirely fresh and unlike anything heard from Peters before. The fast-paced, pop-rock production has you dancing along instantly because of the sinewy percussion that accompanies it, not to mention the unique sounds layered into the song and backing vocals making this listening experience a feast for the ears. The sound evolves and changes as the verses and storyline develop. Joe Rubel has produced Cate’s Brother. Maisie Peters exhibits her gripping storytelling abilities through the conversational lyrics that entail her summer romance with the elusive, enigmatic, and eponymous Cate’s Brother.

Peters has a knack for connecting with her audience. As illustrated by this latest release, she allows her listeners into the most intimate parts of her life in a way that feels as though she is talking to her closest friends. Perhaps the biggest allure or hook of the song is the fact the artist has disclosed as part of the song’s promotion that this story is based on her own life. The grounding in truth, in something authentic and vulnerable has received a positive reaction from fans. This furthers the up close and personal relationship Maisie Peters shares with her fans, “I wish I was joking but I’m genuinely not,” Peters facetiously assures us, “…this might ruin my life.” This lighthearted and fun bop encapsulates teenage angst and the age-old questions we all ask ourselves in relationships. As Peters has said herself, Cate’s Brother is best described as “feral.”

Peters did a great deal of the song’s promotion on her TikTok account (@maisiepeters) as is becoming increasingly popular or obligatory for contemporary music artists. Maisie began leaking the song on her TikTok out of excitement for her upcoming project in February, before her US tour, where fans continued to hound her for the song’s release during her live shows and performances. Peters is currently the featured artist on Ed Sheeran’s current ongoing tour. Ed Sheeran and Maisie Peters have collaborated since she was signed by Sheeran’s Gingerbread Man Records in 2021.

The promotion of Cate’s Brother on TikTok proved to be effective as Peters gained a lot of interest and traction on the then unreleased song, taking advantage of the far reach of these viral short-form videos. TikTok audios are industriously circulated according to the algorithm and the sound’s popularity. Through this, small artists can become better known and recognisable. At this point, Peters had already made a name for herself. The promotion of Cate’s Brother on TikTok served to wet the palettes of her fans in anticipation of the song’s release and generate interest and activity around the next era of Peters’ music. This was evidently successful. Maisie managed to generate over 20,000 pre-saves prior to the song’s release via social media, specifically TikTok, a number that became a goal and challenge for fans to achieve. Once achieved, Peters then leaked the long-awaited second verse on TikTok. The significance placed on pre-saves is clear. Peters aimed to increase the interest in the song during its first week of release to secure a place on the charts, which would pay off well.

Fans anxiously await Maisie Peters’s next release but, for now, have been satiated with enough Cate’s Brother content to last the summer. The song’s well-timed release in May prepared fans for a summer of pop-rock that is just as chaotic as Peters herself. Cate's Brother is the summer anthem of 2k22. In Maisie’s own words, “Let’s get feral!”.