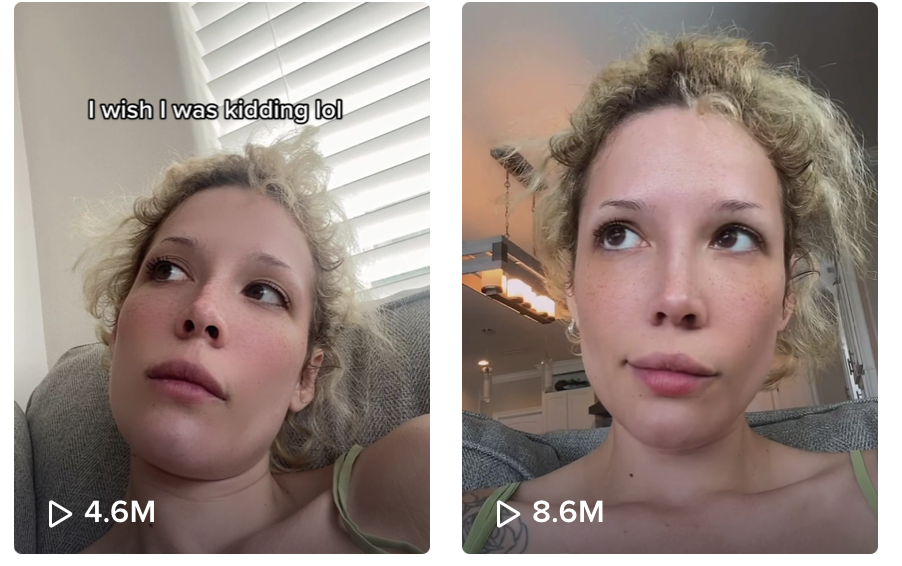 In the post, they wrote "Basically I have a song that I love that I wanna release ASAP, but my record label won't let me" they continue, "I've been in this industry for eight years,  I've sold over 165 million records, and my record company is saying that I can't release it unless they can fake a viral moment on TikTok".

They made a follow-up video of Halsey talking to someone off-screen over the process of releasing the song. The first step would be to let a sound bite of the music go viral on the platform before they can get official artwork released, and then if Haley accepts not letting the release date known, they can put that between Monday and Wednesday.

People in the comment section of the video have come to Halsey's defense, saying that what her label is doing affects the sincerity of the music. However, there are still those who believe that the video is a marketing strategy to promote her new song, 'So Good.'

One commenter wrote, "This is the viral marketing video…" to which Halsey replied, "Bruh, I wish it was, haha. They just said I have to post TikTok, they didn't specifically say 'about what' so here I am".

Haley has continued to respond to fans on Twitter on the situation.

In response, a Capitol Records representative said, "Our belief in Halsey as a singular and important artist is total and unwavering. We can't wait for the world to hear their brilliant new music.".

A debate has sparked online on whether the music industry is going downhill. Some people believe that Tik Tok is ruining the music industry because it makes artists participate in trends they do not want to be a part of. It is also causing the artist to depend heavily on the app.

Others argue that Tik Tok makes it easier for unknown artists to be discovered, and it promotes songs faster than radio and other streaming platforms.

Since posting, artists like FKA Twigs, Florence Welch, and Charli XCX have also joined the conversation, with their posts having alluded that their management is pushing them to create Tik Tok content to promote their music.