Since it originated in the USA in the early '70s, Hip-Hop has given rise to unique sub-genres in different parts of the world.

In the United Kingdom, British Rap is the product of artists responding to the environs of their realm. The genre was introduced to London and other UK inner-city areas such as Birmingham and Manchester by West Indian migrants. Its advancement involved elements of US rap culture such as graffiti, drawn in London underground trains. Although UK rap has existed for half a century, it is the generation of 2010s, thanks to artists like Stormzy, Skepta, and Giggs that established the genre in the mainstream.

UK rap is in constant expansion, generation after generation. The relationship between Hip-Hop and its area of development is fundamental to understanding this type of music and the artists that create it. In fact, the lyrics of British Rap often reflect the social and political phenomena of the country.

While the songs can be unique and very different from one another, a common ground in British hip-hop songs is the use of the environment as an inspiration to depict life, experiences, and feelings. The artists are then the outcome of their English surroundings, giving a taste of ordinary but unique life through music.

Up-and-coming artists are right among us and we had the chance to interview a few of them living in and around the British capital. With all their potential and drive, they could be dominating the next generation of UK rap. AreEm, Kitch, and Ruby Eliza have shared their stories with us. 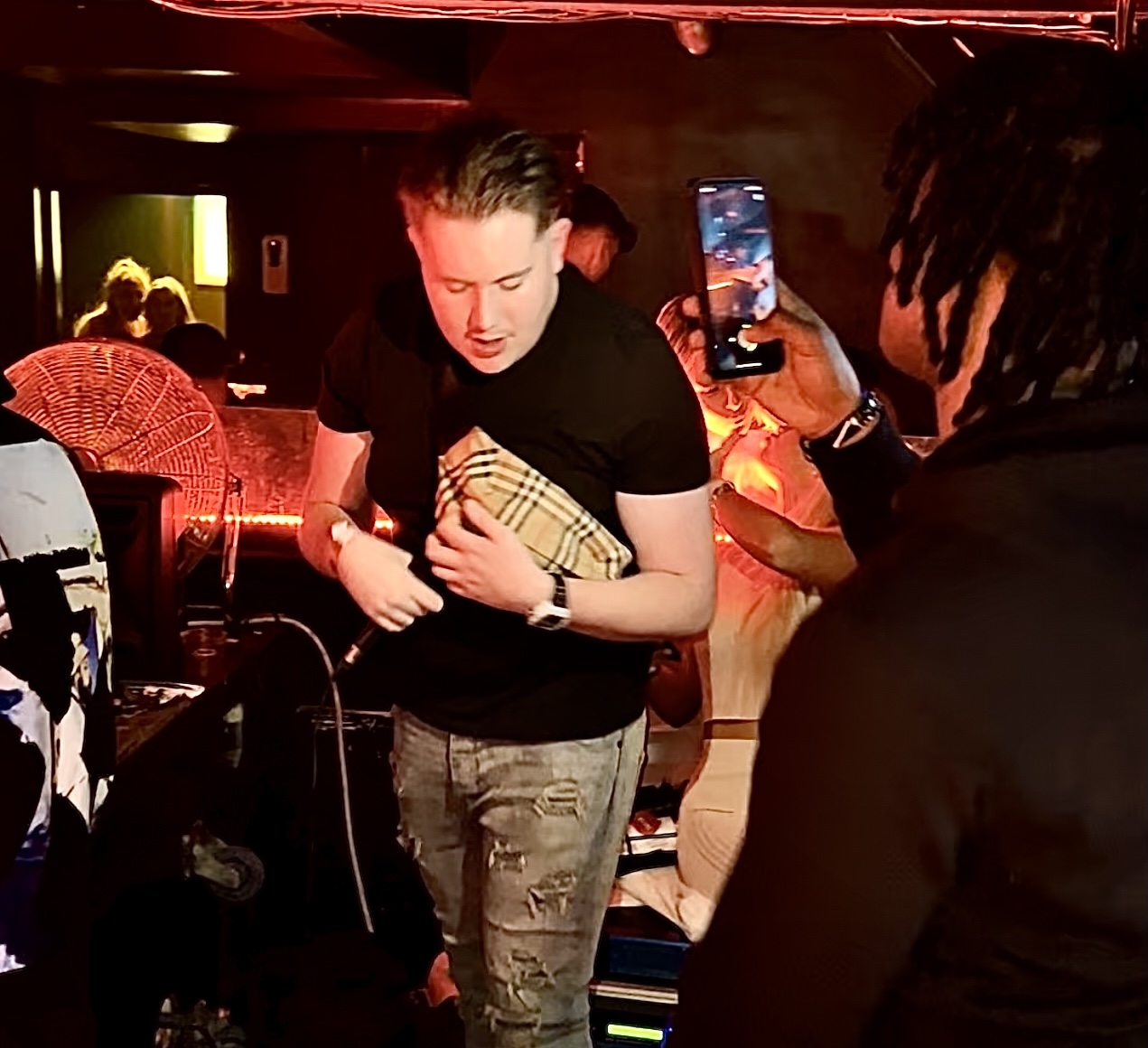 First, we have AreEm, 20, who grew up in Basildon, a town in Essex, lying just 26 miles east of Central London. He found comfort in Hip-Hop, using it as a tool to manage his mental health issues.

“I don’t really like talking out about my problems. However, writing, performing and singing about it [mental health issues] helped me to cope with my well-being.”

His working-class background contributed to his artwork. As Basildon has a reputation for high levels of delinquency, he claimed it's easy to get into crime and this environment is projected into his songs. While Basildon inspired him to start making music, London has been the gateway for his career.

“London is multi-cultural; there are different doors, different sounds, and different lyrics. Artists like Skepta, Giggs and Potter Payper, their careers all started in London. Big cities like London, Birmingham and Manchester get much publicity for Hip-Hop and music in general and it would be time for Essex too.”

The London component is evident in AreEm’s music, considering his song London Underground where the title is dedicated to the transit system of the capital while, in other songs, political references to British politics can be found.

“London Underground is about a love story that began with a kiss on the Piccadilly Line [one of the tube lines]. London is the perfect place where you can go and hang out with friends or go on dates. And all the political references are critiques directed toward the British government and the Conservative Party.”

When asked what advice he would give to young artists, he said: “Keep the passion and the efforts high. The music industry is a waiting game but hard work always pays off.” 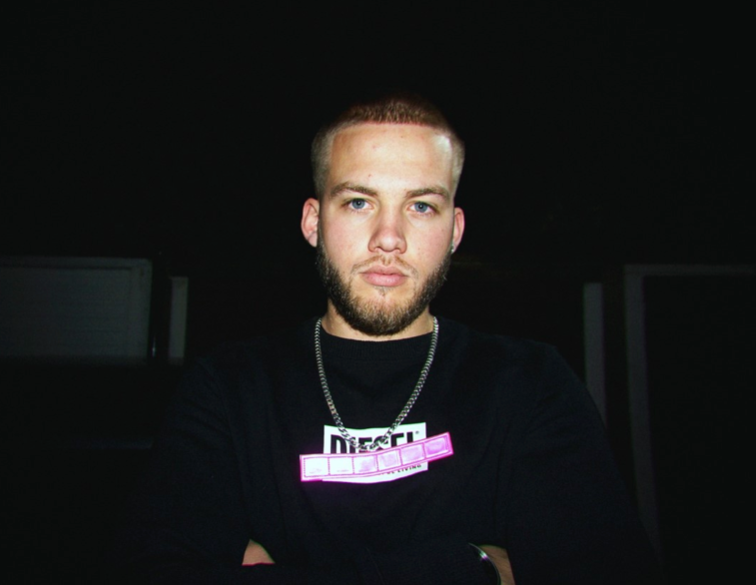 Next, we have Kitch, 23, from Walthamstow, East London. He was given the name Kitch after being born in his kitchen. He was born with a speech impediment. While his stammer challenged his social life and his mental health, he started writing rap lyrics as a venting technique to express his feelings.

“[Within those 6 months], I noticed that I had improved in my songwriting/rapping ability, as well as reducing my stammer and mental health issues. This time in my life particularly motivated me to become an artist and push myself to the limit, as I felt like I had nothing else going for me.”

Kitch was heavily influenced by Grime (a genre of electronic music that emerged in East London in the early 2000s), shaping him as an artist as well as a person. He also stated that London plays a big role in his music: he was inspired by artists from Walthamstow, like Lethal Bizzle and Big Tobz, and from the surrounding areas, like Ghetts, Potter Payper and Devlin.

“Hearing my favourite rappers mention areas and places that I grew up around made me believe that I could achieve whatever I put my mind to. Furthermore, growing up in a deprived area of London made everyone else label us and diminish our aspirations, which made me develop an underdog mentality. In London, there are many opportunities and platforms for artists to perform and network, which makes it easier for me to get my name out and start building a community. If I was to live anywhere else besides London, I would find this very difficult.”

The message Kitch wants to deliver to young artists is the importance of saying something.

“I hope to inspire young people into not letting anything hold them back and to pursue their passion, despite the obstacles they may face. My advice for any up-and-coming rapper is to focus on developing their craft, whether that’s rhymes, flows, wordplays, tones, or delivery, they should be perfecting it every day.” 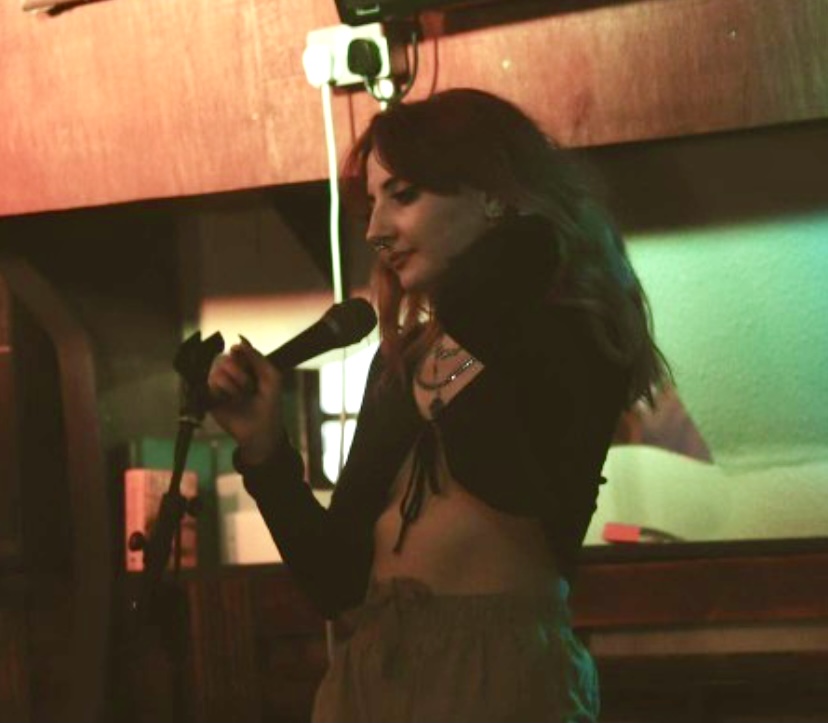 Our last interviewee is Ruby Elizia, 21. Whilst she is originally from Leyland, Lancashire, Ruby Elizia is currently living in London. She wouldn’t classify herself as a "rapper", however, her music involves freestyle and Lo-fi/Emo beats. She was heavily influenced by a mixture of Emo bands such as Paramore, as well as hip-hop artists like Kanye, Jay Z, and Lil Wayne.

“When the whole Emo and underground rap scene initially emerged, including Lil Peep, Trippie Redd, Brennan Savage (before they got big), I was truly mesmerised and immediately wanted to delve into this genre.”

Ruby Elizia said that living in London has massively pushed her career forward. As a singer and a student of fashion design, exploring music and fashion together contributed to her persona, especially within the Underground and Emo rap scene.

“I feel that there is a safe space/community in London which supports young artists. I would have never gained such support and outreach to other collaborators and friends within this industry if I had not moved away from my home town. I always felt that London would have a home for me”.

The powerful message behind her music is to be emotionally transparent about the struggles of living as a young female in a big city.

“In my EP, releasing very soon, I talk about real-life experiences since moving to the city [London], looking at the darker side - i.e., struggling with heartbreak, tiredness, loneliness, and being pulled left right by various people in the art world. The EP is a very honest recollection of the ups and downs since I've moved here. I feel that more young artists should allow themselves to do the same, especially young female freestylers and writers, music is my key to self-expression. There is a platform out there. We just have to push our way onto it, and keep pushing the art until people listen.”

A macabre history of bloodsuckers - Of Vampires